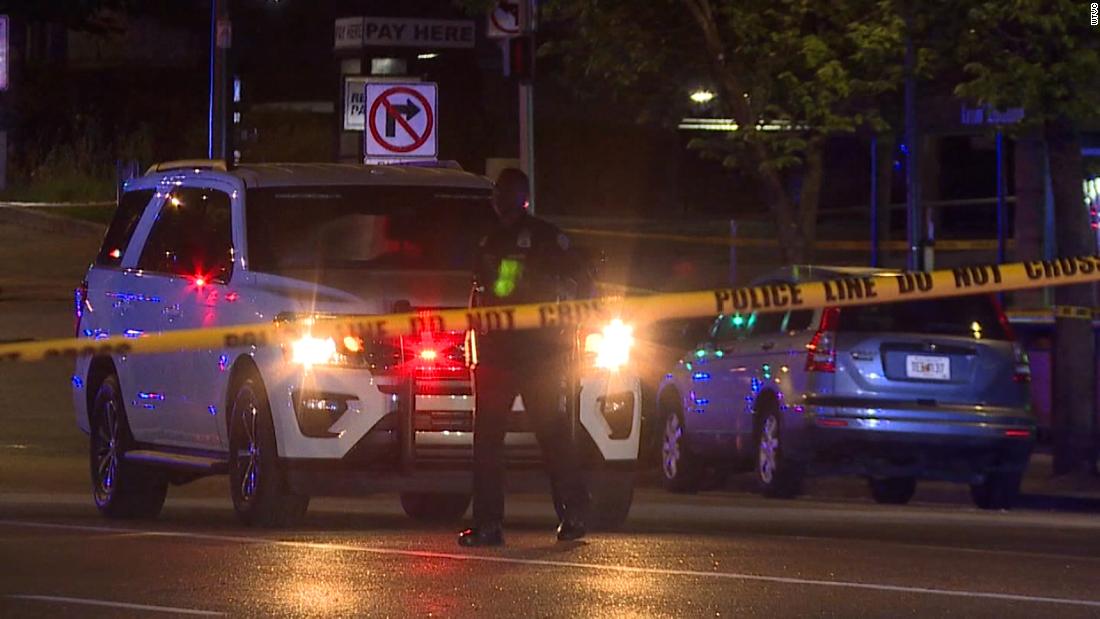 Three people were killed and at least 14 others were injured after gunfire erupted at a nightclub just before 2:45 am, with some being struck by bullets and others hit by fleeing vehicles, Jeremy Eames, a Chattanooga Police Department spokesperson said.

Among the three deaths, two stemmed from gunshot wounds and one was related to injuries the victim sustained when they were hit by a vehicle, Eames said.

Investigators believe multiple shooters used several types of firearms during the incident, police said. No arrests have been made and the motive for the shooting is unclear, but authorities believe it was an isolated incident in which one or more people were targeted.

“I’m tired of standing in front of you talking about guns and bodies,” Chattanooga Mayor Tim Kelly said at the Sunday news conference, delivering news of a mass shooting in the city for the second weekend in a row.

On May 28, six people were shot in downtown Chattanooga’s Cherry Street area in what police said was an altercation between two groups. Most of those shots were teenagers or in their early 20s, Eames said at the time.

Chattanooga police arrested a 15-year-old male in connection with that shooting, the mayor’s office announced in a release Friday. He is charged with six counts of attempted murder, possessions of a weapon during the commission of a dangerous felony, unlawful possession of a weapon and reckless endangerment, the release said.

Investigators identified another suspect and were working to find that person as of Friday, according to the release.

Following the May shooting, Kelly said he was joining a group of mayors from across the nation calling on the Senate to pass gun safety laws. He reiterated the call Sunday, adding that he supports responsible gun ownership.

“Chattanooga will treat this like the crisis that it is,” he said Sunday of the city’s gun violence, vowing to work with the city council in the coming weeks to address the issue.

Sunday’s shooting was one of at least 10 mass shootings in the US over the weekend, according to CNN tally. It also comes as the nation grieves from a barrage of shootings in the past month, including the massacre at an elementary school in Uvalde, Texas; a violent assault on a medical facility in Tulsa, Oklahoma; the racist shooting at a supermarket in Buffalo, New York; and an attack on a Taiwanese church service in Orange County, California.
Gun violence continues to be a central national focus as there have been 246 mass shootings in the country to date in 2022, according to Gun Violence Archive, which is more mass shooting events than there have been days in the year. Both CNN and the Gun Violence Archive define mass shooting as one in which at least four people are shot, excluding the shooter.