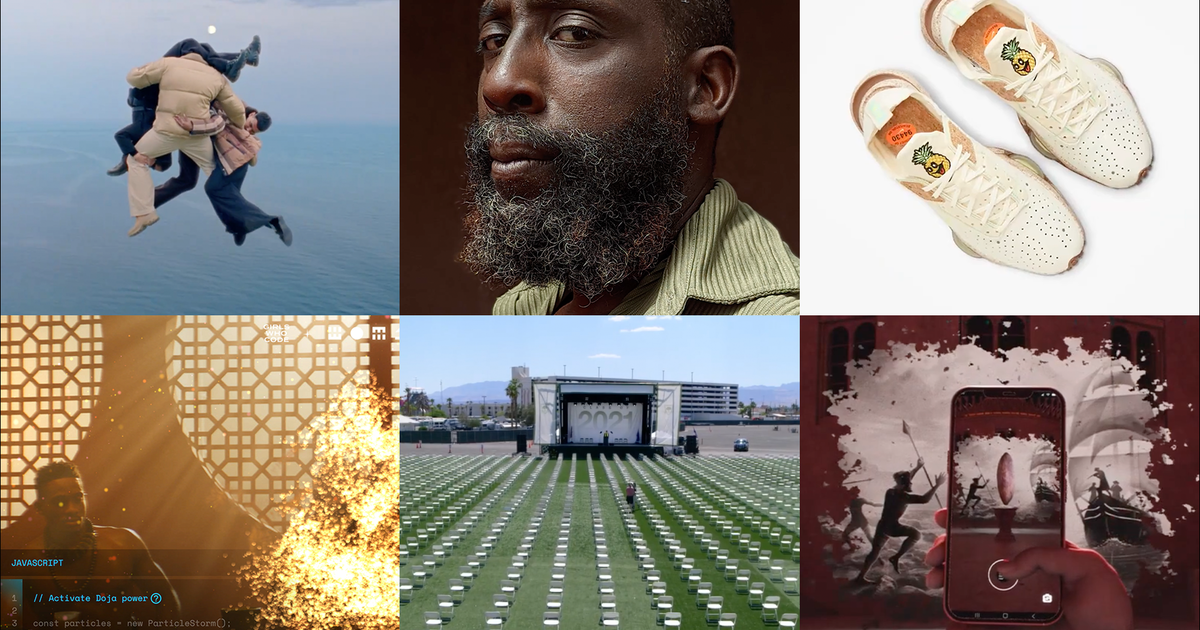 Margaret Johnson: Firearms are the leading cause of death for children and teens in America. “The Lost Class” brilliantly brings to light the fact that 3,044 members of the high school class of 2021 were killed by guns. There has never been a more important time for this kind of work. Buffalo. Uvalde. When will it end and background checks become mandatory? The visual of the empty chairs is alarmingly powerful with David Keene’s voice overhead, interrupted by 911 calls. What I would have given to be on that shoot. The adrenaline and the feeling of victory afterward. A phenomenally creative idea by Leo Burnett produced by the genius production company, Hungry Man. This is work the world needs to drive change. It makes me proud to work in advertising as it is proof that a powerful idea can drive change and influence culture.

Lewis Williams: The messaging, the cleverness in how it was produced, the simplicity and, unfortunately, because of the events that just unfolded in Uvalde. The idea taps emotionally into how we all would like to protect our most vulnerable, but our core, feel helpless to do so.

Amy Carvajal: There is a lot to solve in the world right now, so it’s hard to clearly separate what is great work that is well done, or what is eliciting a reaction because it’s shining a light on an important issue today. One that checks both is “The Lost Class.” The narrative, use of data and experiential installation make a haunting visual to spark action. Plus it shows how poorly self-informed and easily duped Keene was.

Geoff Edwards: A riveting “commencement” speech delivered by David Keene to victims of gun violence. Tackles the topic of our Second Amendment Rights and its interpretation. Its challenge is, did they support the film with an action?

Jaime Mandelbaum: What to say about this other than, I hope this will be one of the last gun violence cases we see out of the US, particularly considering recent tragic events. I have the biggest admiration for the team who pulled this off, as I can only imagine the number of “no’s” they must have heard along the way. Carren O’Keefe: Creativity is about evoking emotion. This one hits you deep with an idea that’s striking in its simplicity. Combine that with a clever twist and its demonstrable impact and you’ve got a winner.

Grace Francis: We’re also reminded of how creative agencies can hold mirror to society, reflecting our desire to use our skills to evoke and provoke society. [This campaign] deserves deep recognition from us all. Much like Mastercard’s “True Name” last year, we sometimes see work that needs to exist; this is one of those times.

This outdoor push from Coors Light saw the brand painting murals with reflective white paint on top of the black rooftops of apartment buildings around the city, a practice that effectively helps to lower the temp for tenants. As part of the effort, the brand also gave away 5,000 gallons of paint to Miami residents to continue the cooling.