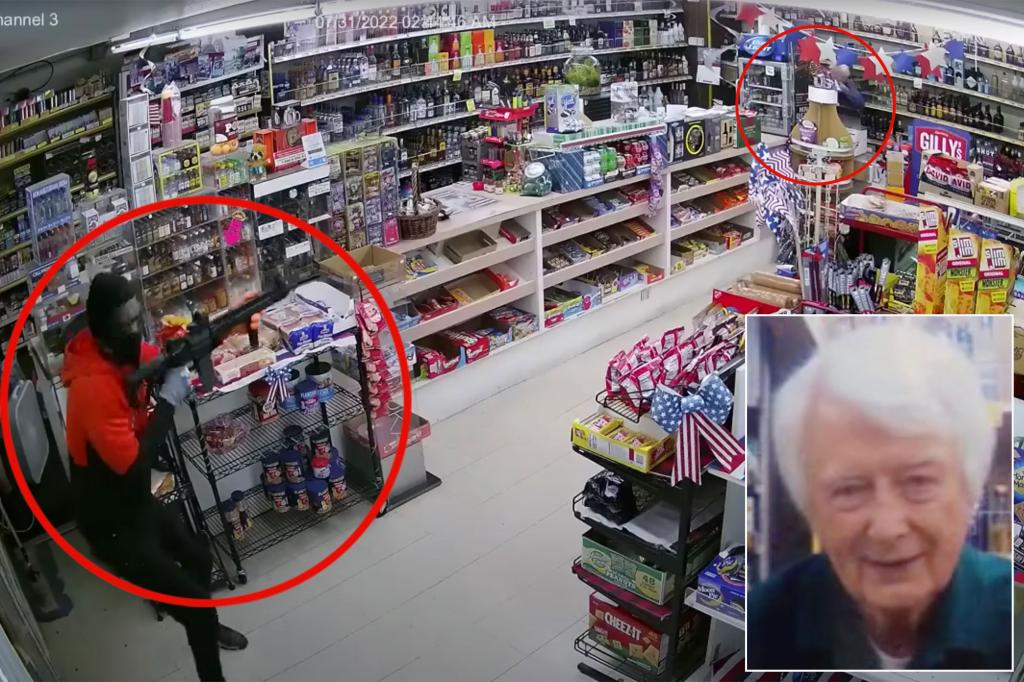 An elderly convenience store owner in California is being hailed as a hero after he shot at a would-be robber who ran out of the store screaming his arm was “shot off.”

Shocking surveillance footage from Norco Market & Liquor at the 2800 block of Clark Avenue in Norco, Calif., showed a masked assailant entering the business at about 2:47 am with an AR-15-style rifle pointed at the 80-year-old store owner.

The suspected yelled, “Freeze, hands in the air,” but within seconds, the quick-thinking store owner pulled out his own rifle from under the counter and immediately shot once at the robber, hitting him in the arm.

Video footage further showed another man getting out of a black BMW SUV, but he stopped and got back inside the vehicle once he saw the first suspect run out of the store repeatedly screaming, “He shot my arm off!”

The primary suspect, a 23-year-old man, remained in critical but stable condition at the hospital, officials said. His identity is being withheld pending his release from the hospital.

“In this case, a lawfully armed member of our community prevented a violent crime and ensured their own safety, while being confronted with multiple armed suspects,” Riverside County Sheriff’s said in a press release. “This investigation is active and ongoing and no additional information will currently be released.”

Employees at Norco Market & Liquor said the owner was watching the store cameras as the SUV pulled into the parking lot. Once he saw the first assailant get out of the SUV and pull a mask over his face, the owner immediately went for his rifle.

Employees said the owner was not at the store on Monday, but Fox11 reported the man suffered a heart attack right after the shooting. He is expected to recover and will be discharged from the hospital sometime Monday night.

Sheriff’s officials said the SUV used in the attempted robbery was stolen and numerous stolen firearms were also found inside the vehicle.

Johnson, Williams and Broadus were booked into the Robert Presley Detention Center in Riverside for robbery and conspiracy. They are being held in jail in lieu of $500,000 bail.

The primary suspect will also be booked at the facility once it is released from the hospital, officials said.