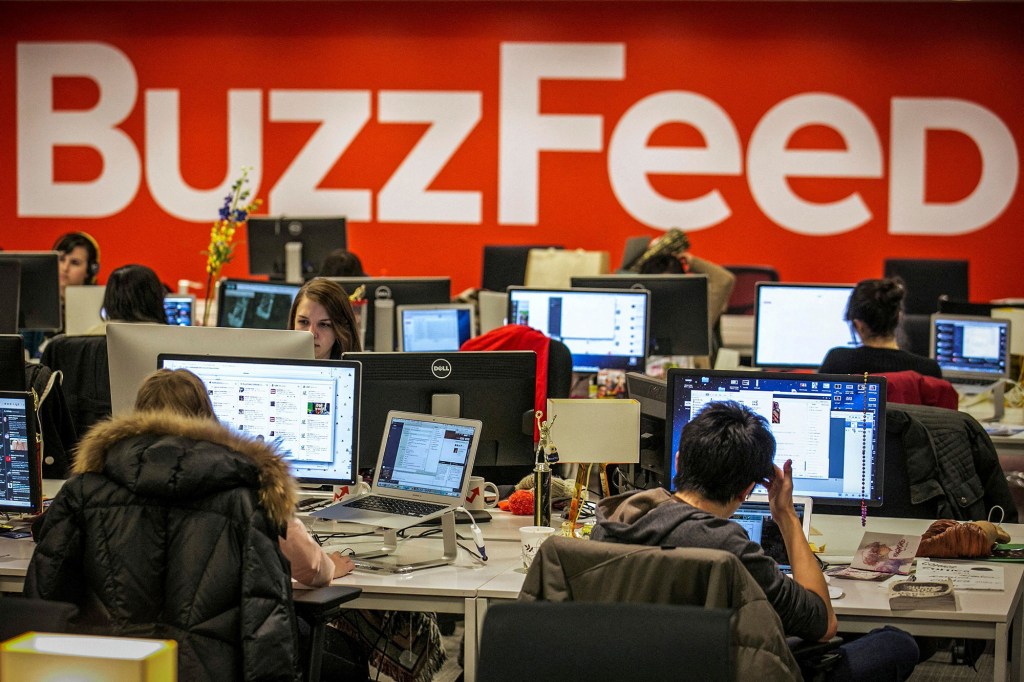 Investors at BuzzFeed are reportedly pressuring CEO Jonah Peretti to close down its entire money-losing news operation as senior journalists announced their resignations on Tuesday.

Mark Schoffs, the editor in chief of BuzzFeed News, and two of his top deputies quit in the latest sign of turmoil at the cash-strapped company.

The editor in chief of BuzzFeed News and two of his top deputies have reportedly resigned in the latest sign of turmoil at the cash-strapped company.

Mark Schoofs informed staffers at the online publication that he would be stepping down on Tuesday, according to The Information.

Tom Namako, Schoofs’ deputy news editor, and Ariel Kaminer, the executive editor of investigations, also announced that they planned on leaving their posts, it was reported.

Journalists working for the site have been told that more job cuts are in the offing, The Information reported.

Fewer than 30 journalists in the 100-person newsroom have already been offered buyouts, according to CNBC.

The reporters who were offered exit packages cover investigations, inequality, politics, and science. Many of them have worked for BuzzFeed for more than a year.

The news operation at BuzzFeed loses around $10 million per year, CNBC reported.

The network quoted a shareholder as saying that closing down the news operation could boost the company’s market capitalization by up to $300 million.

Peretti is reportedly aiming to turn the newsroom around and make it profitable.

It is unclear how a shutdown of the newsroom would affect HuffPost, which was acquired by BuzzFeed.

The high-profile departures come on the same day that BuzzFeed released its fourth-quarter earnings report, which showed a 12% drop in earnings before interest, taxes, depreciation, and amortization.

The company also reported 18% higher revenue for the last quarter, but projected to drop in revenue in the first quarter of this year.

BuzzFeed is expected to lose between $15 million and $20 million in the first quarter of this year.

Younger users are eschewing Mark Zuckerberg’s social network in favor of other platforms like TikTok and Snapchat.

BuzzFeedzes relies on Facebook and other social media outlets to spread viral content, including its bread-and-butter mix of quiz, listicles and hard-hitting news stories.

The company is planning to generate revenue by advertising products through Instagram and TikTok.

Peretti, who also founded BuzzFeed, told analysts that the goal is to return the company to profitability by the end of 2023.

He said the site planned to center its coverage around “the biggest news of the day, culture and entertainment and life on the internet.”

In December, BuzzFeed debuted as a public company after merging with a special-purpose acquisition firm.

Shares of BuzzFeed, which is listed on the Nasdaq, fell by more than 2.8% in early trading on Tuesday.