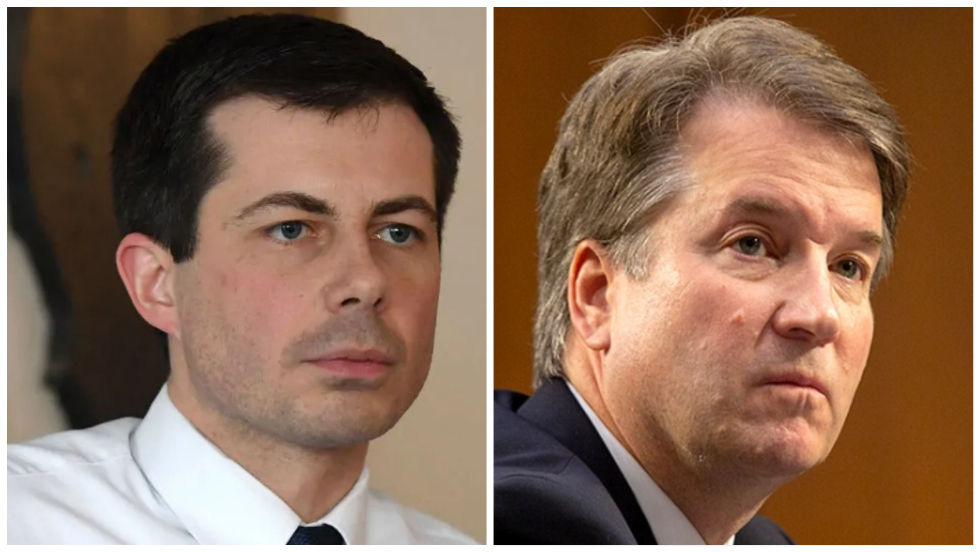 Reports emerged on Friday that Kavanaugh exited the back of the DC restaurant Wednesday night to avoid the protesters, who were demanding that management kick him out.

Buttigieg’s husband, Chasten, tweeted in response to the news: “Sounds like he just wanted some privacy to make his own dining decisions,” a shot toward Kavanaugh’s vote to overturn Roe v. Wade last month, ending a woman’s constitutional right to an abortion.

During an appearance on “Fox News Sunday,” moderator Mike Emanuel asked Buttigieg if his husband’s tweet about the incident was “appropriate.”

“Look, when public officials go into public life, we should expect two things. One, that you should always be free from violence, harassment, and intimidation,” Buttigieg replied. “And two, you’re never going to be free from criticism or peaceful protest, people exercising their First Amendment rights.”

Buttigieg also noted that Kavanaugh did not even notice the protesters outside the establishment, but was told about them before his departure. The secretary then ripped the justice over his abortion decision.

“Not only the right to choose, by the way, but this justice was part of the process of stripping away the right to privacy,” Buttigieg told Emanuel, adding that Kavanaugh told senators that he considered Roe v. Wade settled law.

In a statement, Morton’s condemned the incident, saying “Politics, regardless of your side or views, should not trample the freedom at play of the right to congregate and eat dinner.”