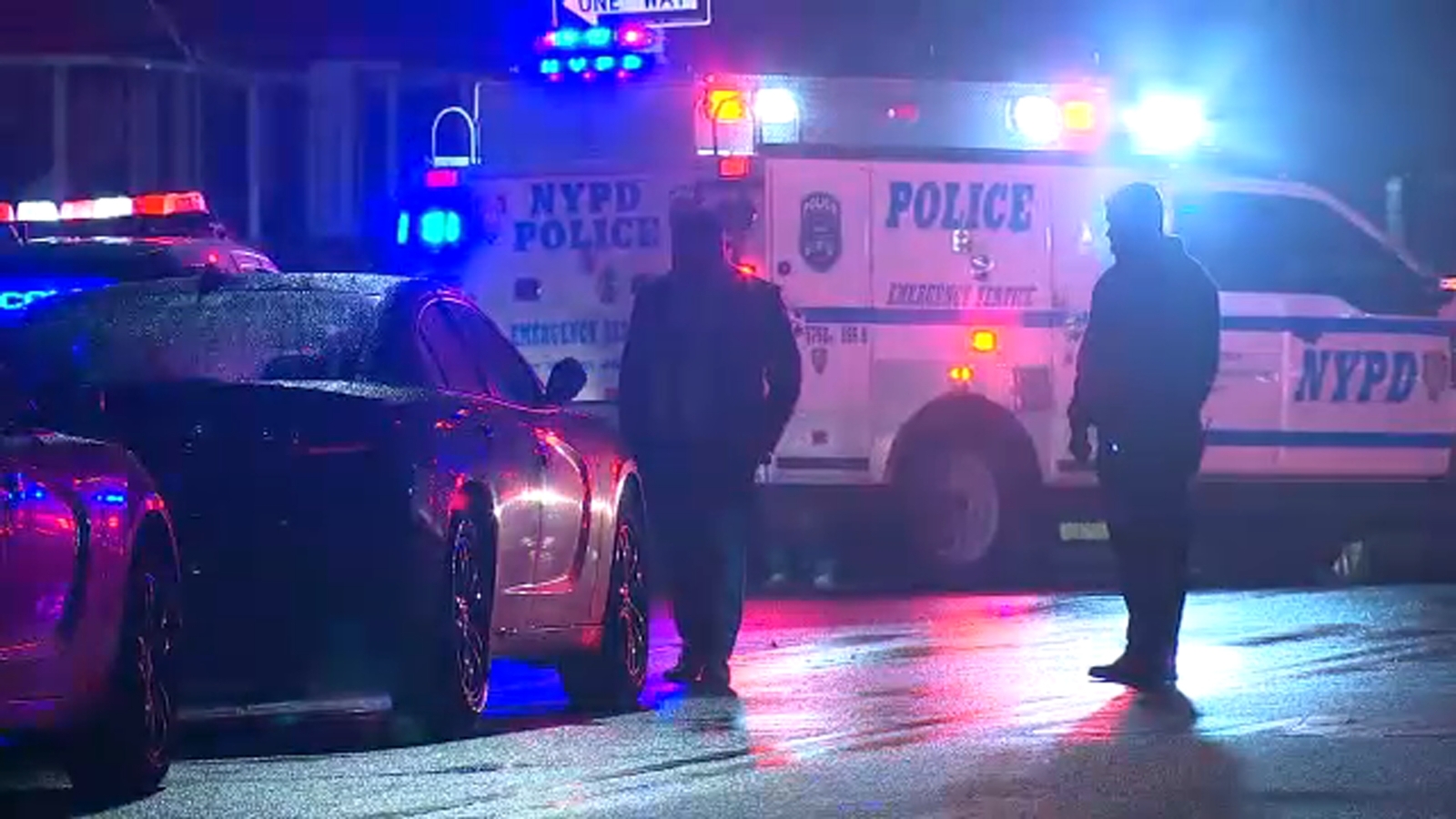 EAST FLATBUSH, Brooklyn (WABC) — An innocent 12-year-old boy is dead and a 20-year-old female relative was injured in a shooting in Brooklyn Thursday evening after the victims had stopped for food.

The gunshots rang out near East 56th Street and Linden Boulevard in East Flatbush around 7:45 pm, as the two victims and an 8-year-old girl sat in the vehicle.

Police say the two children were hanging out at their grandmother’s beauty parlor all day and that the female relative driving them home stopped at Boston Market for dinner.

Detectives now believe the suspect vehicle pulled up, and the gunman got out of a car and opened fire, unloading as many as 12 rounds in the direction of the victim’s car.

Both the 12-year-old boy and 20-year-old woman were struck by the gunfire, and the boy was shot in the head and pronounced dead at the scene.

The woman was shot three times and taken to a nearby hospital, where she underwent surgery and is expected to survive.

The 8-year-old girl was not hurt. She told police she was eating and looking at her phone at the time.

Detectives say surveillance video has determined the suspect’s vehicle circled the block three times before the gunman opened fire, and that they believe the victims’ vehicle was in fact targeted — likely in a case of mistaken identity.

The car is a common make and model with tinted windows, so the suspects may not have been able to see there were children inside.

The suspect’s vehicle had been stolen out of state plates, and police will likely release surveillance of that vehicle in the coming days.

The victims were all from the same family, though their exact relations are unclear at this time.

“They’re killing bystanders and it’s wrong because right now that little boy is lying down in the morgue,” an area resident named Ann said. “You walk the street. You stand up at the corner. You’re coming from the store. You don’t know what’s going to happen. You sit up in your house. People shooting right through your house. I mean, it’s terrible .”

Neighbor Charlotte Jen said she heard the gunshots as well as another distinct sound.

“I said to my daughter, ‘There’s a gunshot outside and I heard children crying,'” she said. “Maybe that was the little girl in the back of the car.”

On Friday morning, Governor Kathy Hochul tweeted calling for an end to violence.

A life cut short, a family grieving, and an entire community traumatized.

We must do more to get illegal guns off our streets and to stop violence before it starts. https://t.co/hFlMoyG9cR

There’s no word yet on a motive for the shooting.

This incident marked at least the fourth child struck by unintended gunfire this year in New York City.

— March 25, A 3-year-old girl was shot in the arm outside a day care in Brownsville, Brooklyn. She has been released from the hospital.

— March 21, A 7-year-old girl was grazed in the stomach as she and her mother walked home in Coney Island, Brooklyn. She was treated and released.

— Jan. 29, An 11-month-old girl shot in the face as she sat in the backseat of a car parked in the Bronx. She also survived.