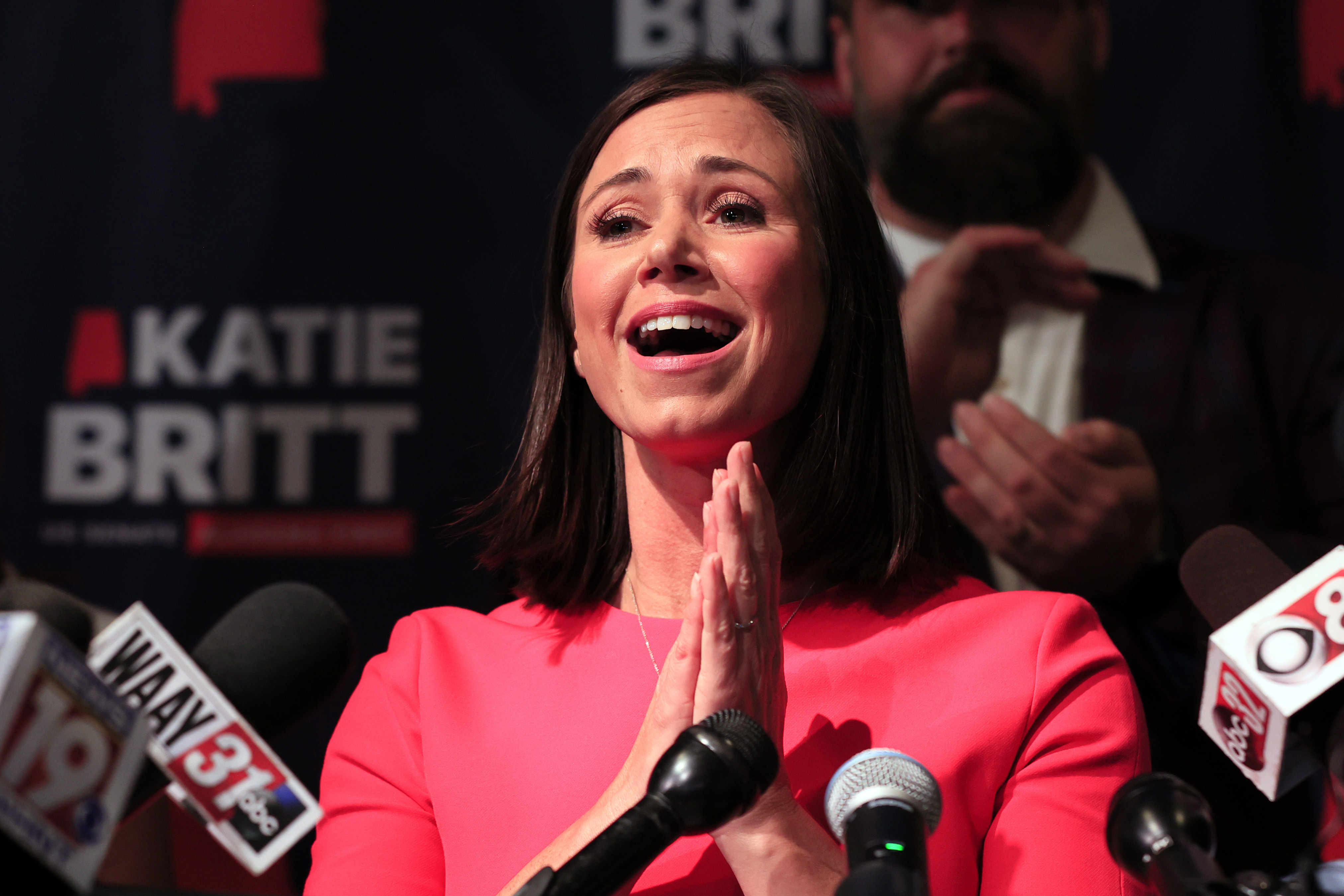 While Brooks initially received Trump’s endorsement in the Senate race, the former president rescinded his support this spring as Brooks’ campaign floundered, eventually endorsing Britt, the frontrunner, after the state’s May 24 primary went to a runoff.

The race has left some of Trump’s staunchest loyalists bewildered by his decision to support Britt, whom he described less than a year ago as the “assistant” of “the RINO Senator from Alabama,” saying Britt was “not what our Country needs.”

Amy Kremer, chair of Women for America First, a key organizer for Trump’s Jan. 6, 2021 rally, who to Alabama to assist the Brooks campaign in recent days, has remained committed to Brooks Trump’s decision to rescind his endorsement.

“Donald Trump is disconnected from the base,” said Kremer, who was an early supporter of Trump and prior to that, a leading activist in the tea party movement. “I don’t know what has happened there. I think he’s getting bad advice from the people around him, and I think it’s unfortunate, but it’s time for those of us in the movement to get back to basics, back to our first principles.”

“We were here long before President Trump came along, and we’re going to be here long afterward,” Kremer said.

Such a split among conservative leaders who typically kowtow to Trump – but have been willing to speak out against his endorsed candidate – has been a recurring phenomenon in this year’s Republican primaries. Longtime Trump allies found opposing themselves the former president primaries in Ohio and Pennsylvania last month, bitter races that resulted in some Trump loyalists arguing that he was wrong in his endorsements of JD Vance in Ohio and Dr. Mehmet Oz in Pennsylvania.

Throughout the runoff campaign, Britt continued to rack up her own endorsements from high profile Republicans, including Sens. Tim Scott (RS.C.), Tom Cotton (R-Ark.) and Joni Ernst (R-Iowa). In the final weeks, Sarah Huckabee Sanders, the GOP nominee for governor in Arkansas, and commentator Steve Cortes have also put out statements and videos in support of Britt’s campaign. That follows several other incumbent senators endorsing her earlier this year.

Paul has remained a steadfast supporter of Brooks, visiting the state on Friday to campaign for the congressman. He told callers to a Monday night tele-town hall that Trump has “made some big whopper mistakes.”

“Many of us were conservative, slash libertarian, slash constitutionalists well before there was a Donald Trump,” Paul said to potential voters on the Monday night call. “We were glad Donald Trump was with us on so many things, but it doesn’t make him the end-all of everything.

“I would say, without question, Mo Brooks is probably the most loyal person to Donald Trump than probably all of the congressmen I can think of, and there’s certainly a sense of bad irony that the president didn’t repay that loyalty. And I’ll never understand it, and never justify it.”

Britt is the preferred candidate of Sen. Mitch McConnell (R-Ky.), a Trump nemesis, while Brooks is an adversary of the Senate minority leader. Adding to Britt’s significant spending advantage in the race was at least $2 million from the McConnell-aligned Senate Leadership Fund, which gave to a pro-Britt super PAC. SLF said their involvement was part of an anti-Brooks effort.

Brooks, who was first elected to Congress in 2010 after spending a combined 25 years as a state legislator and member of the Madison County Commission, led efforts in Congress to oppose the certification of President Joe Biden’s 2020 victory — including speaking at Trump’s Jan. 6, 2021, rally. But Trump blamed Brooks’ decline in support throughout the winter on comments the congressman made last year encouraging Republicans to move on from 2020 and focus their efforts on winning elections in 2022 and 2024.

Britt, however, did not champion Trump’s stolen-election narrative, instead carefully answering questions about the issue by suggesting there should be a “nationwide forensic audit,” but stopping short of declaring that Biden’s victory was fraudulent.

The former president of the Business Council of Alabama, Britt veered right as the campaign progressed, including unveiling her own restrictive immigration plan and criticizing Congress’ spending on Ukraine aid, something Shelby — and Brooks, for that matter — voted last month to support.

She has still managed to earn and keep the endorsements of more than a dozen business and industry groups in Alabama. Meanwhile, Britt and several super PACs supporting her spent more than $5 million on television advertisements during the four-week runoff, compared to less than half a million by Brooks and the Club for Growth, which endorsed him in the race.

Alabama is a state unlikely to prove consequential to the Senate map this year. Unlike in 2017, when Republican Roy Moore cost the party a seat as he faced sexual misconduct allegations, the GOP nominee is all but guaranteed a general election win.

A handful of other safe seats are in play for Republican primary voters Tuesday night in Alabama and other states. The race to replace Brooks in the House is pitting Madison County Commission Chairman Dale Strong against former Assistant Secretary of the Army Casey Wardynski in a GOP primary runoff.

Republicans in Georgia are also choosing nominees for a pair of safe red seats. Trump endorsed candidates in both seats — Jake Evans in the 6th District and Vernon Jones in the 10th — but both primaries have been hard-fought nonetheless.

And in Virginia, Republicans are choosing nominees to take on a pair of Democratic members of Congress in major battleground districts. The race to face Rep. Elaine Luria (D-Va.) in the 2nd District is one of the GOP’s top House targets in the country, and Rep. Abigail Spanberger (D-Va.) May also have a tough race on her hands in the redrawn 7th District.