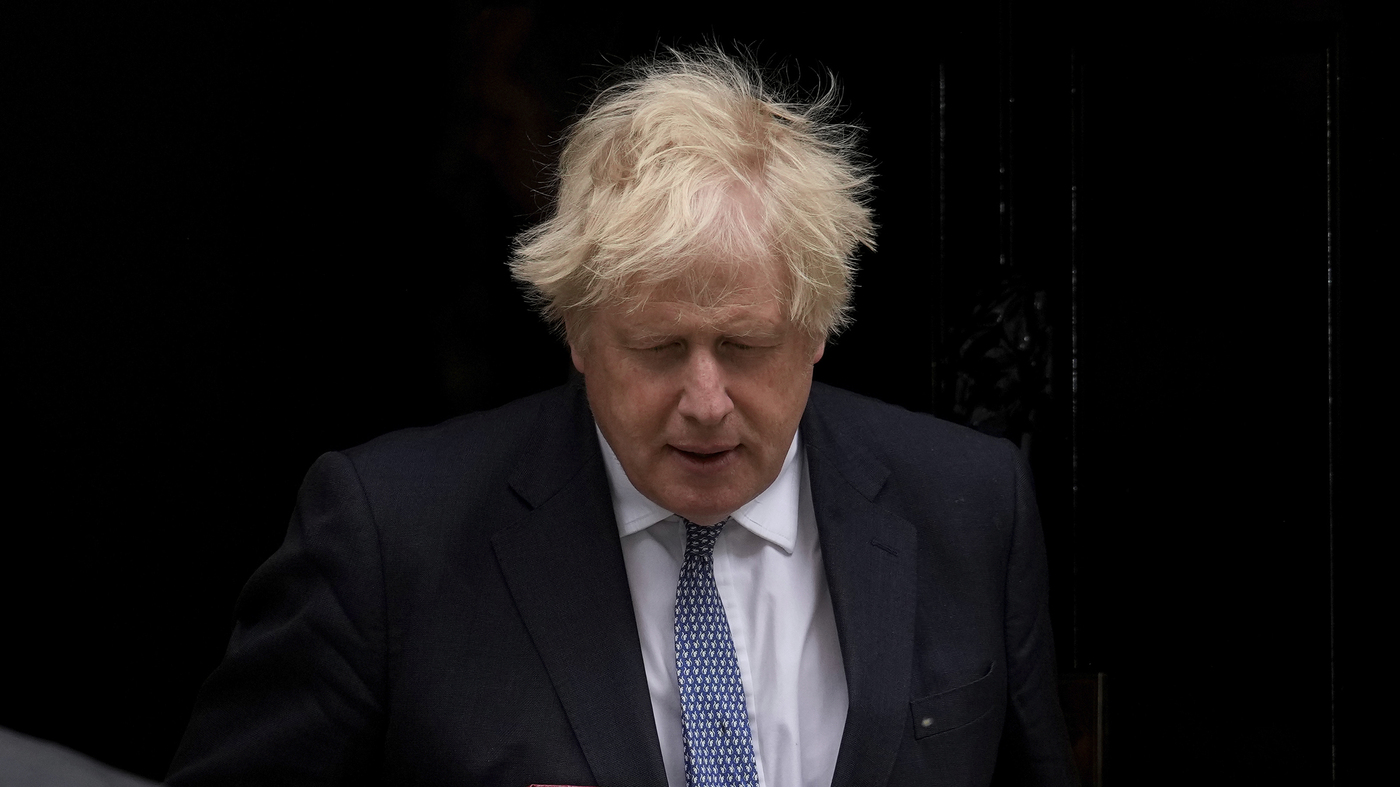 LONDON — UK Prime Minister Boris Johnson’s job is at stake in a no-confidence vote Monday night local time. Johnson’s supporters say he’s certain to stay in office — but the rebellion within his own Conservative Party opens a new front in Johnson’s fight to overcome a string of scandals and hold onto power.

Johnson is coming off an ignominious distinction: he recently became the first prime minister officially found to have broken the law, due to his flouting of his own government’s COVID-19 restrictions. And on Friday, he was loudly booed when he arrived at St Paul’s Cathedral for a service marking Queen Elizabeth II’s Platinum Jubilee.

Johnson has long been seen as an entertaining cheerleader for his country as well as a person who sometimes breaks the rules in a country that often follows them. Johnson has often used his humor, charm as well as distractions to get out of tight spots. He is seen as Britain’s Teflon politician — but his handling of COVID may finally stick.

To force a no-confidence vote in Britain’s parliamentary system, at least 15% of the leader’s party in the House of Commons must call for a vote, with members sending letters to their party’s parliamentary committee. For Johnson’s Tories, that threshold is 54 letters — and it was reached recently.

The Tory rebels need the backing of at least 180 Conservative lawmakers out of 359 to vote Johnson out. But if they fail to oust Johnson, the rebels can’t challenge him again for another 12 months, under the current rules.

Johnson’s team is telling his fellow Conservatives to slow down, warning that an internal clash will only help the Labor Party, the Conservatives’ main opposition. They point to ongoing crises such as the war in Ukraine, where the UK has been a leader in arming the Ukrainian army. They also urge lawmakers to focus on economic challenges, such as the rising cost of living for Britons.

In December of 2018, former Prime Minister Theresa May survived an attempt to force her out during the fallout over Brexit. But by the next summer’s end, May had resigned and Johnson’s tenure had begun.

In the current vote, there’s no alternative candidate to Johnson, meaning that if he loses, his party would face new turmoil, and almost certainly an extended fight for the top spot.

The vote is a body shot to a bruised Johnson

Johnson’s brash style has found wide appeal in the UK, but he’s now facing a lot of public anger about the way he and his staff behaved during Britain’s COVID lockdown.

A government report came out late last month that found a drunken culture at No. 10 Downing Street, describing parties in which one person vomited, red wine was splashed on the walls, and cleaning staff were abused. Johnson ended up being fined $62 for breaking one of his own laws.

The Partygate scandal has infuriated many Britons who followed the government’s rules, including those who were not able to say goodbye to ones loved in person. COVID-19 accounts for nearly 180,000 deaths in the UK, according to data from Johns Hopkins University.

The prime minister’s behavior presented a stark contrast to the sacrifices born by others — including the queen, who famously set an example as she sat alone at her husband’s funeral, wearing a mask, in April of 2021. It later emerged that Johnson’s staff had held a raucous party on the eve of Prince Philip’s funeral — an incident for which he later apologized.

At the queen’s recent celebration, actor Stephen Fry drew cheers and laughs at a large Buckingham Palace concert when he praised the monarch’s decades of service and fortitude — seemingly at the expense of Johnson, who was watching from the royal box.

“How many trees planted, ribbons cut, ships launched?” Fry asked, before landing his jab: “How many prime ministers tolerated? For that alone, no admiration is high enough.”

Even if Johnson survives the no-confidence vote, his missteps are prompting something of a clinical review by his political allies. Within his Conservative Party, some see Johnson as damaged goods, thinking he might not be able to lead them into the next leadership election, which is expected in 2024.