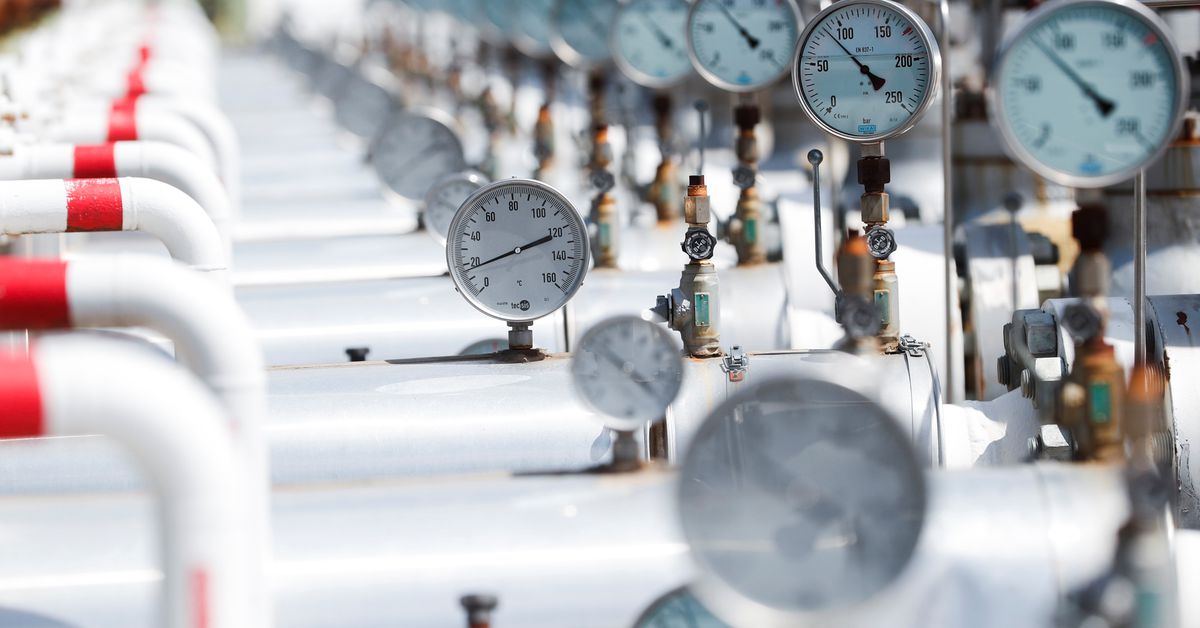 LONDON, June 24 (Reuters Breakingviews) – Germany is facing a sudden acceleration of its gas crisis. A 60% drop in Russian supplies since early June threatens to plunge Europe’s biggest economy into severe economic shock. But Berlin’s confusing response to Moscow’s latest move, its hesitations on energy policy, and its attempts to delay the impact of higher energy prices on the economy risk making matters worse.

Whatever its disputed causes, Gazprom’s (GAZP.MM) sudden slowdown of its contractual deliveries has forced Berlin to declare an emergency. Economy Minister Robert Habeck, the leader of the Green Party, has ordered increased usage of highly polluting coal in power stations. Meanwhile, liberal Finance Minister Christian Lindner has suggested delaying the planned closure this year of the country’s three remaining nuclear reactors in order to help absorb the shock. He was promptly contradicted by advisers of Chancellor Olaf Scholz.

Germany is for now just slightly below its gas storage target, with 59% capacity restored since winter. It aims to reach 90% in December just before the cold season. Russian President Vladimir Putin’s latest interruption puts that in doubt.

Germany’s dependence on Russian gas has already shrunk in the last months. Only 35% of its gas imports come from Moscow, against 55% before the war in Ukraine. But in the worst-case scenario, the total interruption of Gazprom’s deliveries to the country could still trigger a hit of up to 220 billion euros in 2022 and 2023, or 6% of this year’s GDP, German think-tanks have calculated.

The crisis throws a harsh light on the coalition government’s economic policy. Berlin decided this week to upgrade to the “alarm” mode of its emergency response to the gas crisis. But it has refused to allow power producers to pass higher energy prices on to industrial consumers and households, thus depriving itself of a powerful incentive to reduce consumption.

The government could do the sensible thing and let price signals work, while using its budget to initiate transfers to lower-income households or small and struggling businesses. But its dogmatic adherence to strict budget discipline, even in the midst of a major crisis, might prevent it doing so. Germany was already on track to have one of the slowest growth and highest inflation rates in the Organization for Economic Co-operation and Development. It is now at risk of letting a good crisis go to waste.

(The author is a Reuters Breakingviews columnist. The opinions expressed are his own.)

Germany moved to phase two of its three-stage emergency gas plan on June 22, after Russian deliveries supplier Gazprom cut via its Nord Stream 1 pipeline to just 40% of capacity last week.

Economy Minister Robert Habeck said the restriction of gas supplies by Moscow amounted to “an economic attack” on Germany as he announced the move to the “alarm” level, which triggered the government plan to switch back to coal-fired power plants.

Habeck however announced that utilities could not automatically pass on higher energy prices to their customers, as the move to the alarm stage would in theory allow.

Germany should “now search without taboos for all solutions” to increase domestic natural gas output including fracking, the chief executive of German energy provider E.ON Leonhard Birnbaum said in an interview with WirtschaftsWoche podcast.

Opinions expressed are those of the author. They do not reflect the views of Reuters News, which, under the Trust Principles, is committed to integrity, independence, and freedom from bias.