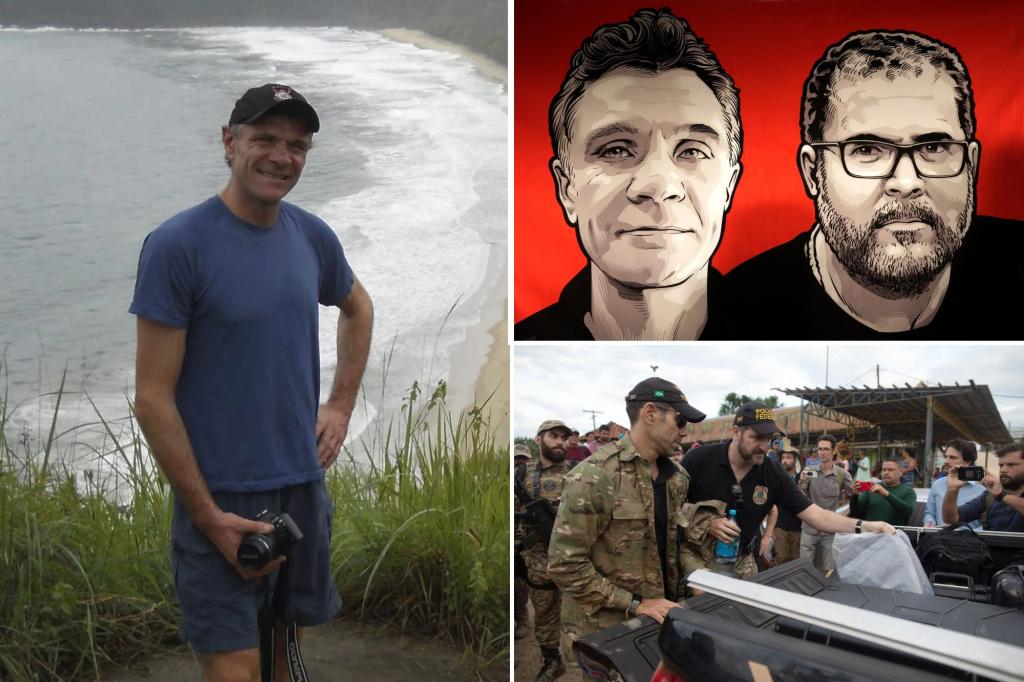 The speedboat, which was found on Sunday, was used by the two men to travel through the Amazon rainforest before their disappearance, police said.

It was discovered submerged about 65 feet deep under the Itacoai River with the help of six sandbags.

Police said the third suspect in the killings, Jeferson da Silva Lima, led them to the discovery of the boat.

The suspect — nicknamed “Pelado da Dinha” in his community — surrendered himself to police on Saturday.

Officials did not name the new suspects, saying ongoing investigations aimed to “clarify all the circumstances, motives and those involved in the case.”

The investigation picked up global attention after the world’s most famous celebrities, lawmakers, and sports stars called for more to be done to find the missing men.

Actor Mark Ruffalo, soccer legend Pele, and US President Biden are among the notable names who urged the Brazilian government to intensify search efforts.

The “Shutter Island” actor took to Twitter as he called for an “international response”, stressing the worrying number of journalists being “attacked, killed, or disappeared,” he initially tweeted.

After hearing the recent developments of the two men’s remains being found, Ruffalo tweeted, “These developments are horrific. We must protect journalists from danger and threats against their honorable work.”

Soccer superstar Pelé said he was “moved” by the disappearance of Phillips and Pereira, as he called on leaders to heighten search efforts earlier this month.

Phillips, 57, and Pereira were last seen on June 5 on their boat on the Itaquai River, near the entrance of the Javari Valley Indigenous Territory along the borders Peru and Colombia. The case quickly gained international attention.

According to police, both were shot with hunting ammunition.

Police said Amarildo, whose nickname is Pelado, confessed to shooting and killing both men on June 14. He then led authorities to the area where remains were found.

The men’s bodies were discovered in a region where there have been violent conflicts between fishermen, poachers, and government agents.

UNIVAJA, the local Indigenous association for whom Pereira was working, said the government failed to consider that the men may have been targeted by a criminal organization financing illegal fishing and poaching in the Javari Valley Indigenous Territory.

“That was why Bruno Pereira became one of the main targets of this criminal group, as well as other UNIVAJA members who received death threats,” the statement said.