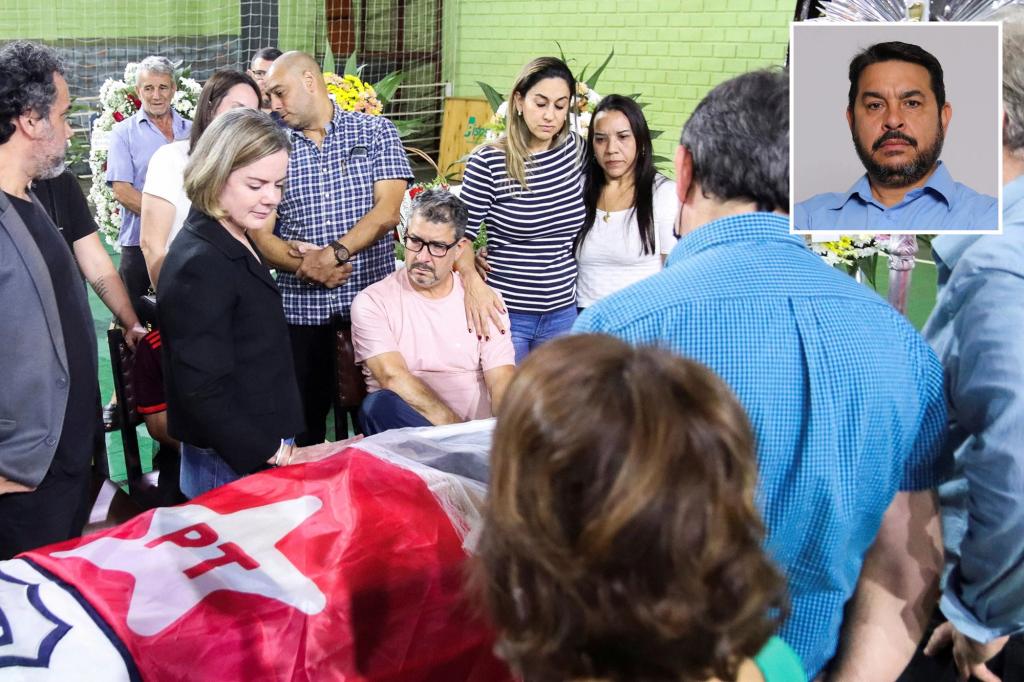 A Brazilian official from the country’s leftist opposition party was assassinated by a federal prison guard who barged into the official’s birthday celebration Saturday and gunned him down while shouting support for right-wing President Jair Bolsonaro.

Marcelo Arruda, a Workers’ Party (PT) official and municipal guard, was celebrating his birthday in the southern city of Foz de Iguacu, Parana, when suspect Jorge Jose da Rocha Guaranho entered the private event and shot him dead, according to state civil police and a witness.

Arruda — who was also apparently armed — opened fire in return, killing Guaranho, the Workers’ Party said in a statement.

“Another dear comrade passed away this morning, a victim of intolerance, hatred and political violence,” the PT’s national president, Gleisi Hoffmann, said in a statement.

Guaranho first joined the party, waving a gun around as he shouted insults at guests and sang Bolsonaro’s praises. He then left, but returned about 15 to 20 minutes later and pointed a gun directly at Arruda, according to the party attendee and witness Aluizio Palmar, a Brazilian journalist.

Arruda identified himself as a member of the security forces and ordered Guaranho to stand down.

Both men opened fire and struck and killed each other, according to the PT statement, police and security footage.

The double shooting comes months ahead of Brazil’s presidential election in October. The violence is a sign of the mounting political polarization among the country’s two main parties.

Brazil’s former President Luiz Inacio Lula da Silva is the PT’s candidate and currently leads Bolsonaro, who is running for reelection, in the polls.

Bolsonaro has implied that there’s a possibility that he may not accept any election loss. He has already cited unfounded claims of election fraud and issues with Brazil’s electronic voting system.

Following Saturday’s shooting, Bolsonaro said he refuses “support from those who practice violence against opponents,” in a statement on Twitter.