Wagner on Thursday agreed to play for the Los Angeles Rams, which puts him squarely in the Seahawks’ sights twice a year — an ominous turn of events.

The deal was first reported by an up-and-coming reporter named Richard Sherman. Keep an eye on him; he has good contacts and a work ethic that makes ESPN’s Adam Schefter envious. The contract will be for five years and $50 million, with incentives that could push it to $65 million.

That’s quite a coup by Wagner’s agent, who happens to be Wagner himself. Keep an eye on him, too; Wagner has negotiated two good deals for himself and could be the next Leigh Steinberg once he decides that punishing ball-carriers is no longer his calling him. 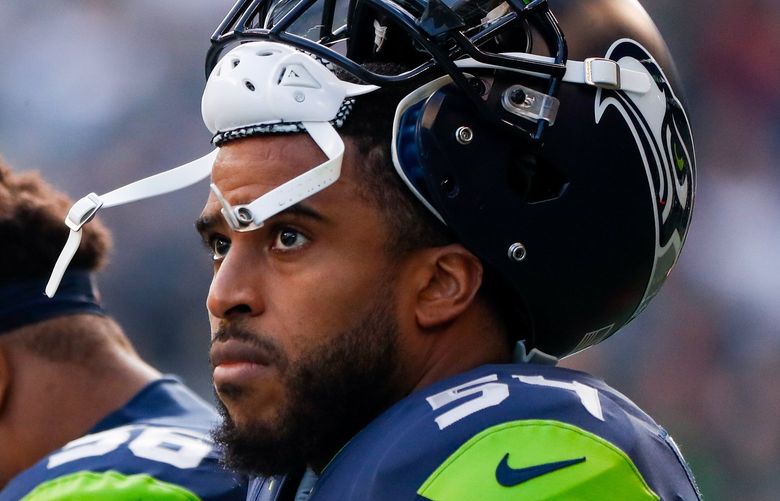 The recent whispers were that Wagner might have been overvaluing himself and misreading the market for a 31-year-old linebacker with 10 years of wear and tear on his body. The Cowboys and Rams were reported to have had trepidation about paying the $11 million or so Wagner was seeking for one year, according to NBC Sports’ Peter King.

We’ll have to see the fine print on how the money is distributed, but it sure seems like Wagner bet on himself and won handsomely. He’s going to a Rams team that just won the Super Bowl and is well-positioned to make another strong run at it. Quarterback Russell Wilson, whose Seattle career began on the same day in 2012 as Wagner and ended on the same day, is the ex-Seahawk who has talked the loudest about wanting to add more championships to his résumé dele. But Wagner is the one now closer to achieving it.

Those who didn’t think Wagner could negotiate the deal he wanted can now join those who didn’t think he warranted a second-round pick in the NFL draft. Even those who lauded the pick could hardly have forecast the Hall of Fame career Wagner forged in Seattle, in which he broke every Seahawks tackling record, made eight Pro Bowls and was six times named a first team All-Pro.

And yet the Seahawks, for reasons that are primarily but maybe not totally financial, decided three weeks ago not to bring back Wagner for an 11th season. They are looking to transition to a new and younger linebacking core of Jordyn Brooks and Cody Barton.

That alone is certain to fire up Wagner’s competitive spirit when the Seahawks and Rams meet in 2022, once in Los Angeles and once in Seattle. The last time the Seahawks faced such a circumstance within the division, Sherman — the cornerback, not the news hound — was leading the 49ers into the Super Bowl in 2019 after getting his ouster from Seattle.

From what I’ve learned about Wagner in frequent interactions over the years, he’ll be driven — quietly and unobtrusively, but fanatically — to show the Seahawks why they made a big mistake. And what can’t be quantified is how much fuel will be added to that fire by the clumsy way in which the news of his release was conveyed by the Seahawks. As he tweeted out with evident indignation, Wagner found out via the media, not the Seahawks, for which the club has apologized on multiple occasions. Yet it happened, and will no doubt be in the forefront of coverage — and Wagner’s mind — when these teams meet.

The “revenge tour” will be active at Lumen Field in 2022. Joining Wagner in a return to Seattle — game dates have not been announced, but opponents have been locked in — will be Wilson, as a member of the Denver Broncos. The quarterback is probably already crafting the new highlight video and heartfelt thank you to fans to drop on his social media that week.

But I think the return of Wagner might be more emotional. While Wilson proved somewhat polarizing, especially over the last two years, Wagner was more or less uniformly beloved by the fan base.

His loss might also be felt on a deeper level in the Seahawks clubhouse. No one was more universally respected and provided greater leadership than Wagner, which is not meant as a knock on Wilson but rather as a testament to Wagner’s stature. While he has surely paid a price for 1,383 tackles, Wagner is still a highly productive player, one who may be rejuvenated by a new situation.

We can only assume which games will be most prominently marked on his calendar.

lstone@seattletimes.com; on Twitter: @StoneLarry. Larry Stone calls upon more than 30 years as a sportswriter to offer insight, wisdom, opinion, analysis – and hopefully some humor – regarding the wide world of sports. Topics include the thrill of victory, the agony of defeat, and, especially, the people responsible for either outcome, as well as the wide chasm between.