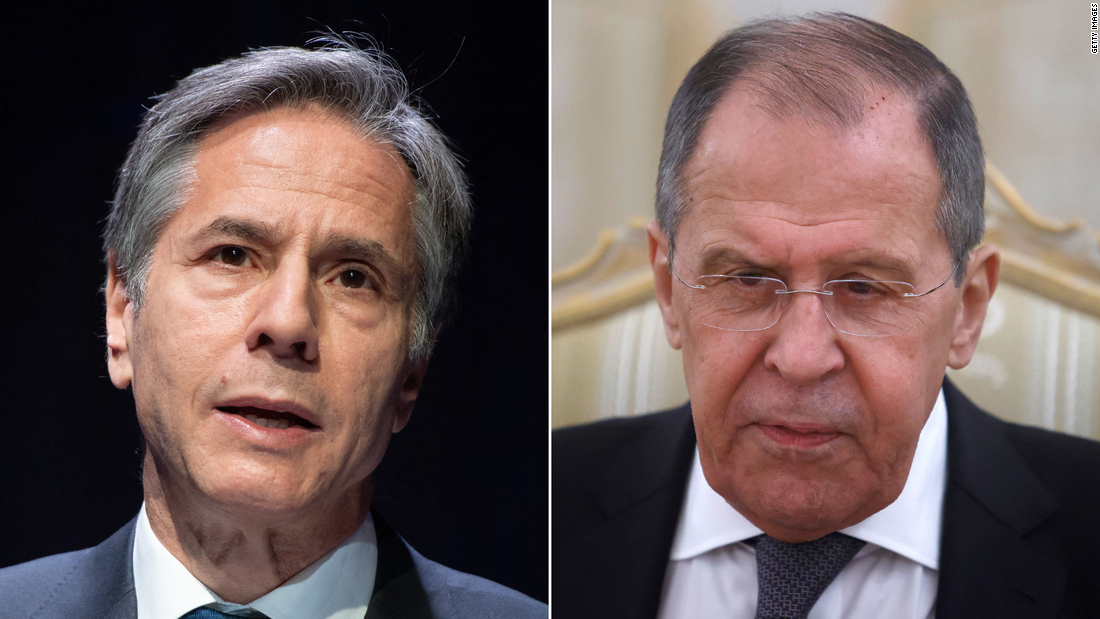 In what the top US diplomat described as “a frank and direct conversation,” Blinken said he “pressed the Kremlin to accept the substantial proposal that we put forth on the release of Paul Whelan and Brittney Griner.”

That proposal, which has been on the table since June, includes an offer to swap convicted Russian arms dealer Viktor Bout, CNN reported earlier this week.

Speaking at a press conference at the State Department, Blinken declined to say whether he thought Russians were more or less likely to move on the proposal following the conversation, nor would he describe how Lavrov responded.

Blinken, who announced on Wednesday his intention to speak to Lavrov this week, emphasized that he thought it was important that his counterpart hear directly from him

The top US diplomat said he also discussed the expectation that the deal would allow grain to transit safely through the Ukrainian Black Sea be implemented, noting that they’re “looking to see that move forward as soon as possible.”

Blinken said he also warned Lavrov against Russia attempting to annex ​more of Ukraine, stressing that the “world will not recognize annexations” and “will impose additional significant costs on Russia if it moves forward with its plans.”

According to a senior State Department official, the call took place shortly after noon Washington time and lasted roughly 25 minutes.

Earlier on Friday, Lavrov downplayed the prospects of the call taking place that day, and also suggested that the matter of the detained Americans should be discussed through other channels.

“Obviously it is unlikely to happen today, but in the coming days we will offer our American a suitable date,” the Russian Foreign Minister said during a visit to Uzbekistan colleagues.

“If we are talking about an exchange of prisoners, about an exchange of people who are detained in Russia and the United States, we have already commented on behalf of the Ministry of Foreign Affairs that this topic was considered more than a year ago at the Geneva meeting in June 2021 between Presidents Putin and Biden,” Lavrov noted, according to Russian state news agency RIA Novosti.

“There, they agreed to authorize the competent people to deal with these issues. The Ministry of Foreign Affairs is not one of them. But still, I will listen to what he has to say,” he said.

Prior to the call between Blinken and Lavrov, US officials had expressed frustration at Moscow’s lack of substantive response to the proposal to free Whelan and Griner. State Department spokesperon Ned Price on Thursday acknowledged “this has not moved to the extent we would like.”