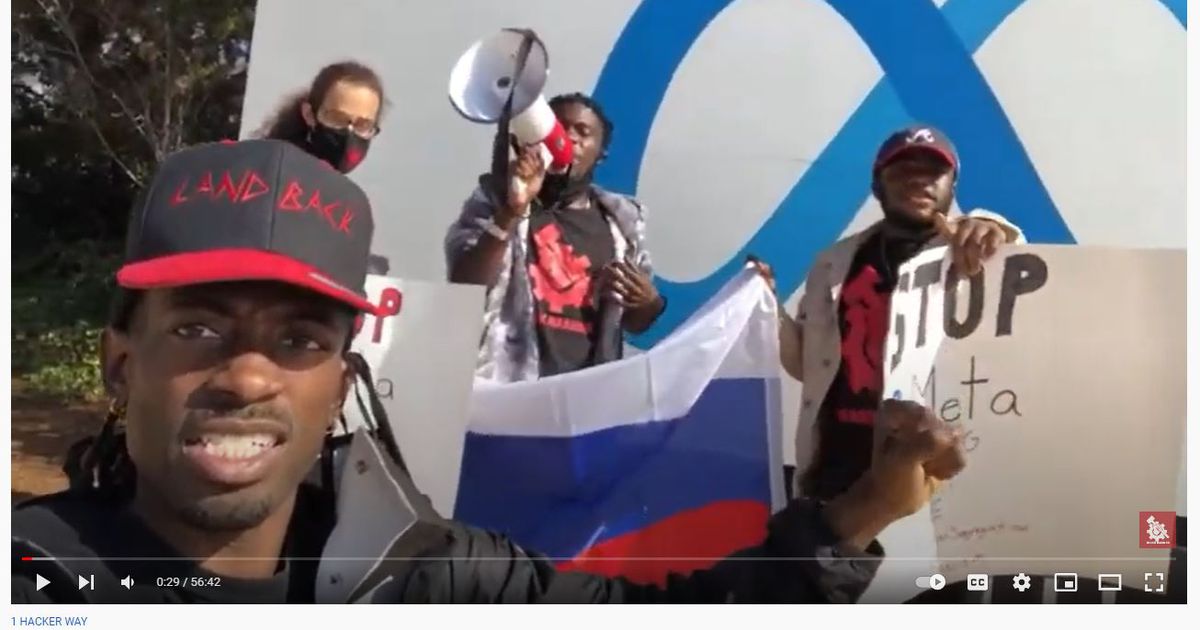 Black Hammer and its erratic leader Gazi Kodzo have made criticism of America’s foreign policy regarding the Russian invasion a centerpiece of their recent social media campaigns, calling Ukraine a white supremacist country and backing Russian President Vladimir Putin’s talking points for starting the war.

The indictment does not name the Black Hammer Party, referring to it as “US Political Group 2.” However, details included in the indictment, including the March protest at Facebook and the career path of Kodzo, identified in the indictment as “Unindicted Co-Conspirator 5,” reveal the controversial group as the one allegedly under Ionov’s influence.

Ionov has been charged with conspiring to have US citizens act as illegal agents for the Russian government, a scheme which Justice officials say dates back to 2014. Should he be convicted, he would face up to five years in prison.

The connections with Moscow are just the latest troubles for the Black Hammer group.

Another alleged member of the group, Xavier H. Rushin, 21, was charged in the incident with a misdemeanor and 10 felonies, including kidnapping, aggravated assault, false imprisonment and criminal street gang activity.

Police said they responded to the house after they received an emergency call from inside from someone claiming to be kidnapped. Kodzo and Rushin are in jail in Fayette County on those charges awaiting a bond hearing in Superior Court.

The group routinely has had members arrested, although never for charges this serious. The Black Hammer Party holds regular “church” meetings in Woodruff Park on Sunday where Kodzo and other members proselytize to homeless people, some of whom they are recruited to raise money for the group. These loud and usually profane meetings often draw the attention of the Atlanta Police and members of the group have been arrested for minor charges, including violation of the city’s noise ordinance.

Investigative reporter Chris Joyner has been following the Black Hammer Party for months, documenting its odd and dangerous behavior, as well as its radical ideology. In April, the AJC reported on the group, including its connections to Russia and accused unregistered agent Aleksandr Ionov. Earlier this month, the AJC was among the first to report on the group’s links to a SWAT standoff at a home in Fayetteville where one member died by an apparent suicide. The AJC will continue to follow this important story.