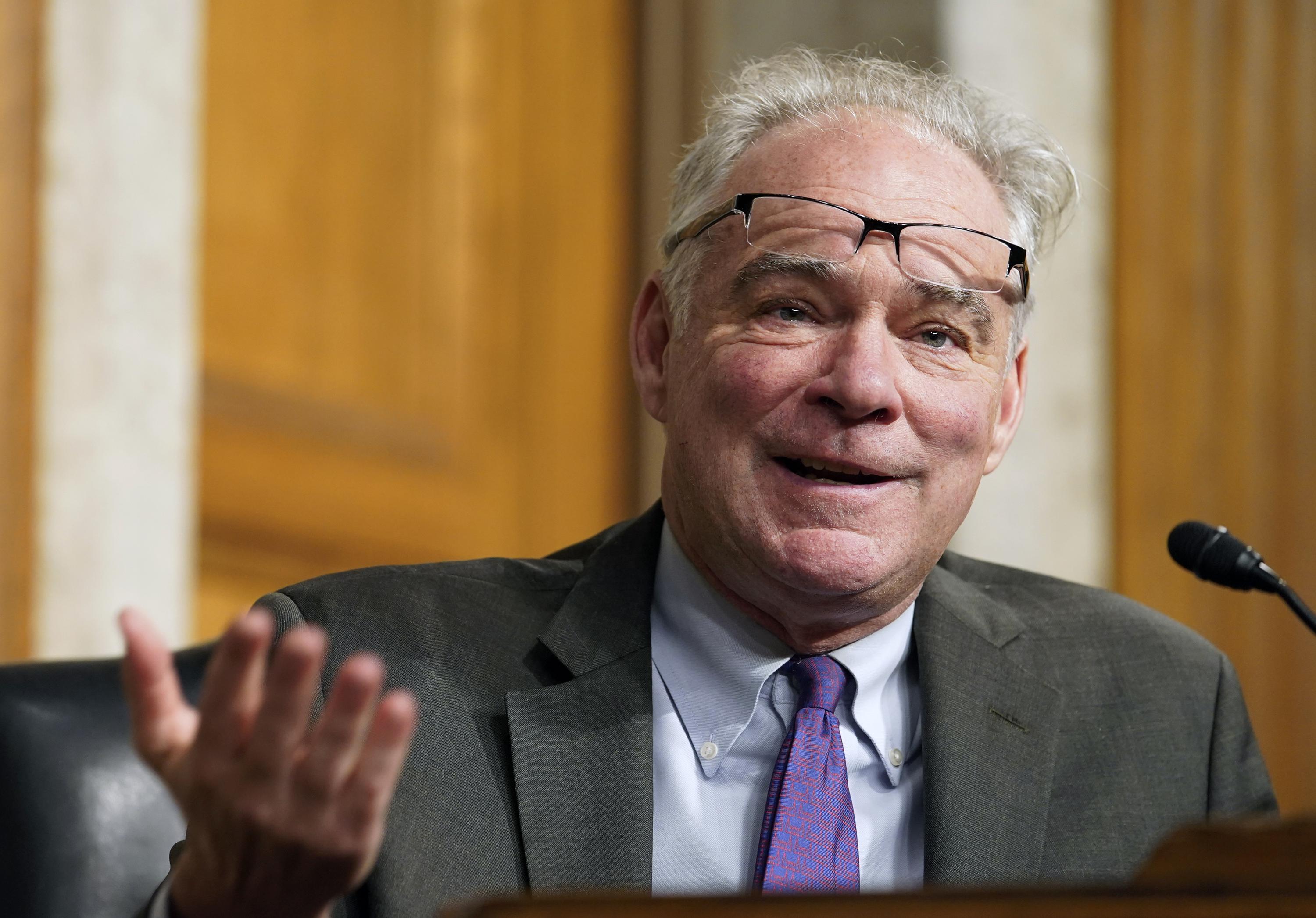 WASHINGTON (AP) — A bipartisan group of senators is pushing compromise legislation to restore abortion access in the wake of the Supreme Court decision to overturn Roe v. Wade, a long shot effort to put the majority of the Senate on the record opposing the decision.

While the bill is not expected to pass — and is unlikely to even get a vote — the legislation introduced by two Republicans and two Democrats on Monday is intended to send a signal to state legislatures and the public that a majority of the Senate supports codifying Roe , even if they can’t get the necessary 60 votes to pass it in the 50-50 Senate.

“We still think there is utility in showing there is a bipartisan majority that would want to code Roe,” even though the bill doesn’t have enough votes, said Democratic Sen. Tim Kaine of Virginia, who introduced the legislation with Democratic Sen. Kyrsten Sinema of Arizona and Republican Sens. Susan Collins of Maine and Lisa Murkowski of Alaska.

The legislation would prohibit most state regulations that prevent abortion access before fetal viability, generally considered to be around 24 weeks. It would allow state restrictions after that point, as long as the mother’s life is protected. It would also protect access to contraception, an issue after Justice Clarence Thomas suggested in a concurring opinion to the decision overturning Roe that decisions guaranteeing access to contraception and other rights may need to be revisited.

The bipartisan bill is narrower than legislation preferred by most Democrats — passed by the House but blocked by Senate Republicans — that would have abortion protected rights and expanded them beyond what was allowed in the landmark 1972 Roe v. Wade decision. Democratic Sen. Joe Manchin of West Virginia, Collins and Murkowski all voted against that bill despite opposition to the overturning of Roe.

Kaine said he felt like Democrats “left votes on the table” after that effort. He said he was encouraged by a new law designed to reduce gun violence that passed the House and Senate after horrific shootings in Texas and New York.

“There were not 60 votes either” for that legislation until members decided that inaction was no longer an option, he said.

Democrats would need 10 Republican votes to overcome a filibuster and get a bill through the 50-50 Senate, but only Collins and Murkowski have publicly backed abortion rights.

By overturning Roe, the court has allowed states to enact strict abortion limits, including many that had previously been deemed unconstitutional. The ruling is expected to lead to abortion bans in roughly half of the states.

Already, a number of GOP-controlled states have moved quickly to curtail or outlaw abortion, while states controlled by Democrats have sought to champion access. Voters now rank abortion as among the most pressing issues facing the country, a shift in priorities that Democrats hope will reshape the political landscape in their favor for the midterm elections.

The support of Kaine Sinema, a moderate, comes as some activists have accused President Joe Biden and other top Democrats of failing to respond forcefully enough to the decision.

Kaine said there is an increased sense of urgency since the June decision, and suggested he or others may go to the floor at some point and request a vote, an effort that is unlikely to succeed but could call attention to the bill as majorities of Americans say they disagree with the Supreme Court decision.

“People are paying attention to it,” Kaine said.