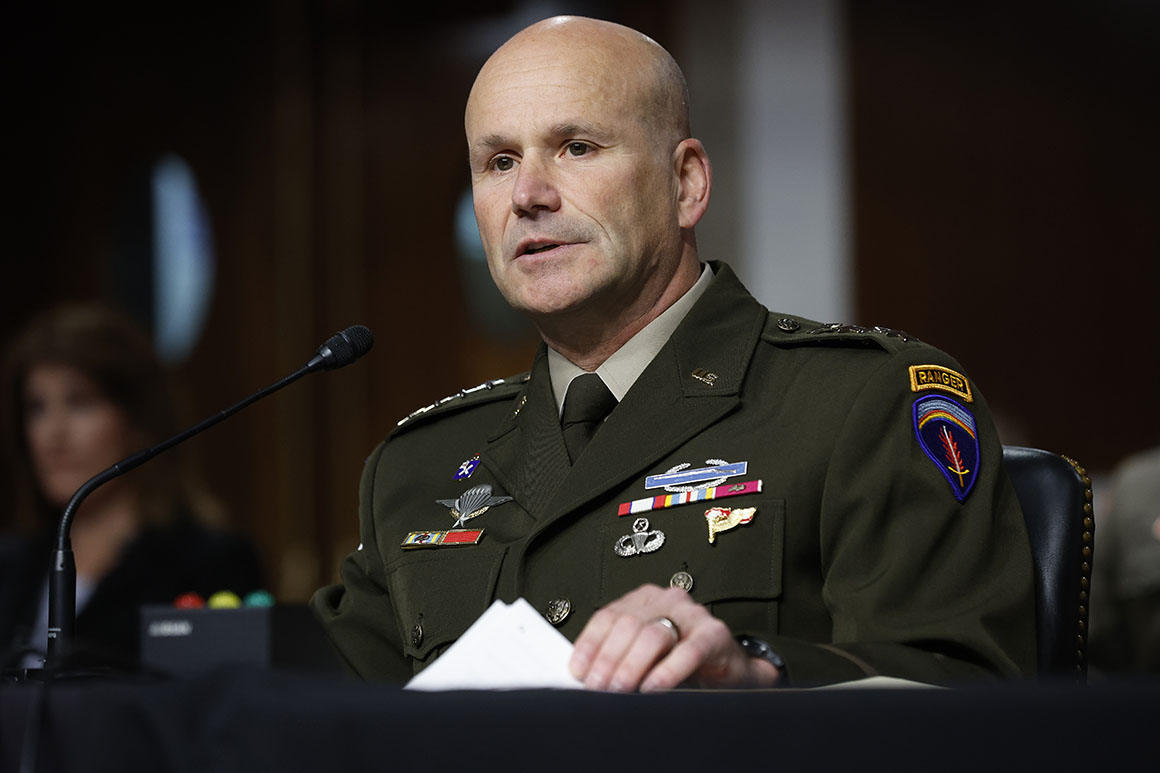 Ukrainian leaders have sounded alarms that they’re outgunned on the battlefield amid an intense Russian offensive and calls are growing for the Biden administration to provide more long-range artillery and more sophisticated weapons, such as armed drones, to Ukraine.

Cavoli also takes over as NATO weighs granting membership to Sweden and Finland, Nordic nations that spent decades maintaining official neutrality. All 30 NATO member countries must sign off on Sweden and Finland’s accession to the alliance, however, and Turkey has raised objections that could hinder the expansion.

Testifying during his confirmation hearing at the Senate Armed Services Committee in May, Cavoli backed NATO expansion and praised both countries’ military capabilities.

NATO will agree to adopt a highly anticipated Ukraine summit in Madrid next week, where leaders are expected to adopt a new strategic concept and weigh up the alliance’s bulking edge and continued aid to Ukraine. Putin’s invasion of Ukraine forced an overnight shift in military posture for many NATO countries as the US and Europe targeted weapons and equipment to the front lines and several countries vowed to spend more on defense.

Cavoli testified that he supports alliance members boosting their defense spending beyond the current goal of two percent of gross domestic product set by the 2014 Wales Pledge.

“I am an advocate of spending more than two percent, at least two percent,” Cavoli told senators, joining several Biden administration officials who have advocated for European nations to spend more on their militaries.

The four-star general is fluent in Russian and received a master’s degree from Yale in Russian studies. He served as a Russia director on the Joint Staff at the Pentagon and also led troops in two tours in Afghanistan.

His promotion was approved by the Senate Armed Services Committee on June 15.

The Senate on Thursday also confirmed several other top commanders for US forces in Europe.

Lt. Gen. Darryl Williams was confirmed to become a four-star general and succeed Cavoli as commander of Army forces in Europe. Williams, who is now the superintendent at West Point, will be the first Black general to hold the post.

Senators also approved Air Force Lt. Gen. James Hecker’s promotion to the four-star ranks and to take over US Air Forces in Europe. Vice Adm. Stuart Munsch was also confirmed to be an admiral and as the next commander of US Naval Forces in Europe.