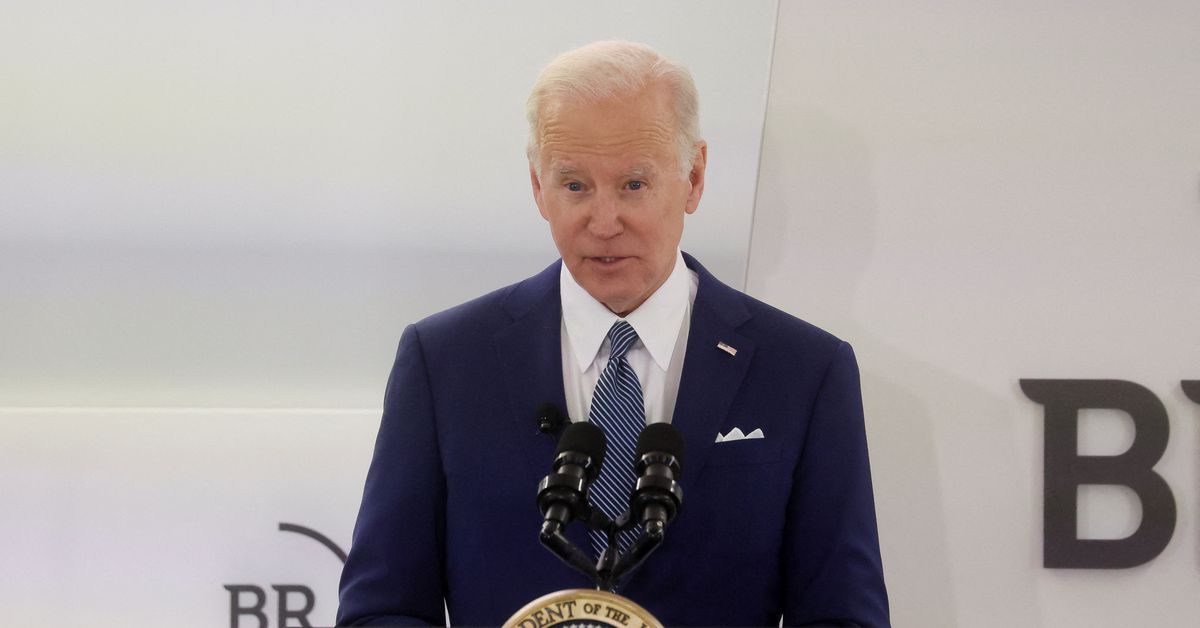 WASHINGTON, March 22 (Reuters) – US President Joe Biden and his European counterparts will announce new sanctions against Russia and new measures to tighten existing sanctions during his trip to Brussels this week, national security adviser Jake Sullivan said on Tuesday.

Biden will also discuss longer-term adjustments to NATO force posture and contingencies in the case of nuclear weapons use, Sullivan said. Biden will also announce “joint action” on enhancing energy security in Europe, which is highly reliant on Russian gas.

The United States and its allies have imposed sweeping sanctions against Russia as punishment for invading Ukraine and supplied billions of dollars in weapons and aid for Ukraine’s defense. Biden hasd not to send US soldiers pledge into Ukraine, but promised to keep Washington’s commitment to defend NATO members if they were attacked.

Biden leaves on Wednesday for Brussels, where NATO and the European Union are based, for meetings on Thursday with fellow leaders. He will attend an emergency NATO summit, meet with G7 leaders, and address European Union leaders at a meeting of the European Council, Sullivan said.

“He will have the opportunity to coordinate on the next phase of military assistance to Ukraine. He will join our partners in imposing further sanctions on Russia and tightening the existing sanctions to crack down on evasion and to ensure robust enforcement,” Sullivan told reporters.

Asked about the use of nuclear weapons, Sullivan said Russian President Vladimir Putin had raised the specter of their deployment, but the United States had not changed its nuclear posture to date.

Three days into what Moscow calls a “special operation” to “demilitarize” Ukraine, Putin put Russia’s nuclear deterrent on high alert in the face of Western reprisals. read more On Tuesday, Kremlin spokesman Dmitry Peskov told CNN that Russia’s security policy dictates that the country would only use nuclear weapons if its very existence were threatened. read more

Sullivan said the United States was monitoring the issue.

Sullivan said the new sanctions would be rolled out on Thursday and focus on enforcing previous penalties.

Biden will also announce further US contributions to ease humanitarian conditions for refugees and civilians inside Ukraine, many of whom are trapped in besieged cities. read more

After Brussels, Biden will travel to Warsaw in a show of support for an ally that shares a border with Ukraine. While in Poland he will “engage with US troops who are now helping to defend NATO territory” and meet with experts involved in the humanitarian response to the war, Sullivan said. The US president will also meet with Polish President Andrzej Duda.

Sullivan said the United States wanted to consult with its allies about Russia’s G20 membership. “We believe that it cannot be business as usual in international institutions and in the international community,” Sullivan said.

Sullivan said Biden was going to Europe “to ensure we stay united, to cement our collective resolve, to send a powerful message that we are prepared and committed to this for as long as it takes.”