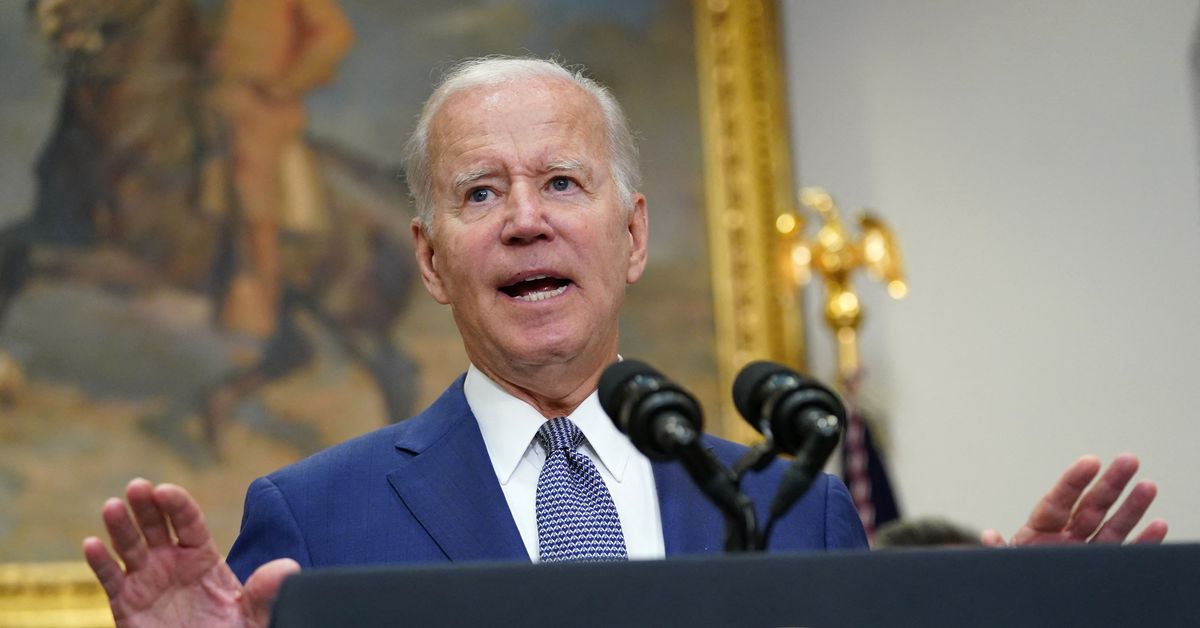 July 10 (Reuters) – US President Joe Biden on Sunday said he has asked his administration to consider whether he has authority to declare an abortion-related public health emergency after the Supreme Court overturned the Roe v. Wade decision that legalized abortion nationwide.

The comments come after Biden on Friday signed an executive order to ease access to services to terminate pregnancies. read more

Biden was on his way to a bike ride near his residence in Delaware when he stopped to speak to reporters, who asked if he was considering declaring a public health emergency regarding abortion access. The president responded that he was asking his staff to see “whether I have the authority” and what the impacts would be.

Biden, a Democrat, has been under pressure from his own party to take action after the landmark decision last month to overturn Roe v. Wade, which roughly upended 50 years of protections for women’s reproductive rights.

On his stop to speak with reporters, Biden said his goal was to codify abortion rights through legislation and delivered a message to abortion rights protesters who had gathered outside the White House.

“Keep protesting. Keep making your point. It’s critically important,” he said. “We can do a lot of things to accommodate the rights of women.”