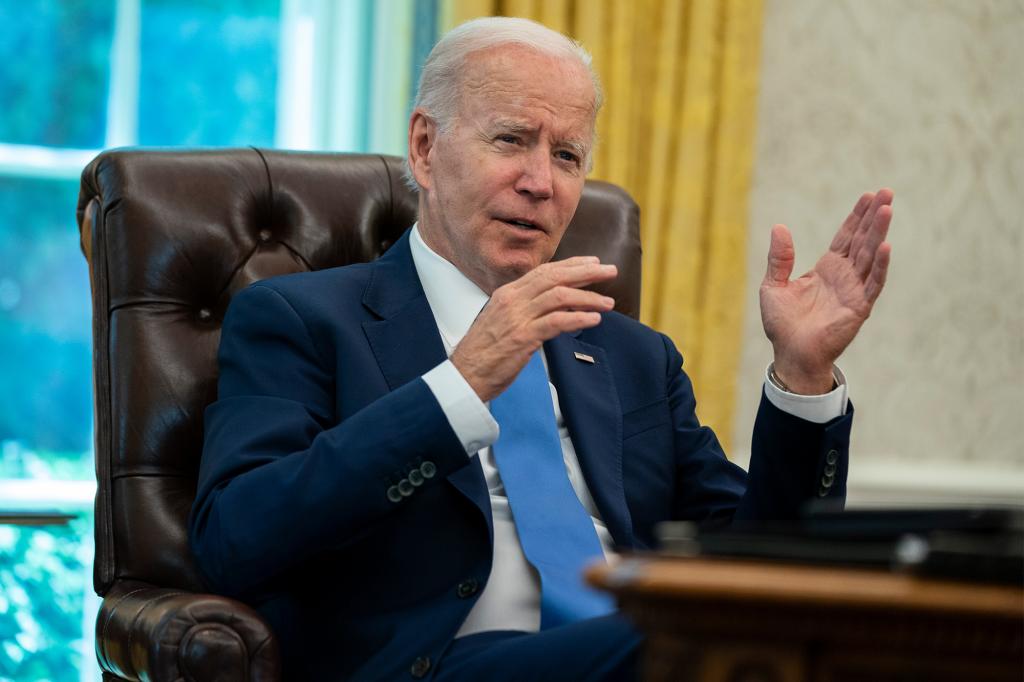 President Biden said Thursday that Americans are “really, really down” after continuing a series of crises under his watch.

The nation is contending with soaring inflation, record-high gas prices at the pump, soaring inflation and shortages of supplies like baby formula — but the president blamed America’s dour mood on the coronavirus pandemic.

“They’re really down,” Biden told the Associated Press in an Oval Office interview, his first one-on-one with a reporter in months and his first since becoming president with a print journalist.

“The need for mental health in America, it has skyrocketed, because people have seen everything upset. Everything they’ve counted on upset. But most of it’s the consequence of what’s happened, what happened as a consequence of the COVID crisis.”

The federal government passed a massive COVID-19 relief bill that some Republican lawmakers have been blamed for kindling inflation, which is now at highs not seen in four decades. But Biden told the AP that was a “bizarre” take and he said the country could still avoid falling into a complete recession.

“First of all, it’s not inevitable,” Biden said. “Secondly, we’re in a stronger position than any nation in the world to overcome this inflation.”

“Be confident, because I am confident we’re better positioned than any country in the world to own the second quarter of the 21st century,” he said. “That’s not hyperbole, that’s a fact.”

The president cited the 3.6% unemployment rate and what the AP called relative strength in the world as reasons why things could get better before they get worse.

After emerging from the lockdown phase of the COVID-19 pandemic, the US has contended with several beginning crises with confusion over changing and sometimes contradictory mask mandates – to a growing supply shortage of baby formula the administration had allegedly been in the dark over.

The ongoing Russian invasion of Ukraine and resulting sanctions have contributed to global unrest and skyrocketing prices of crude oil. Domestically, the national average for a gallon of regular gas has soared to record-highs and is now above $5.