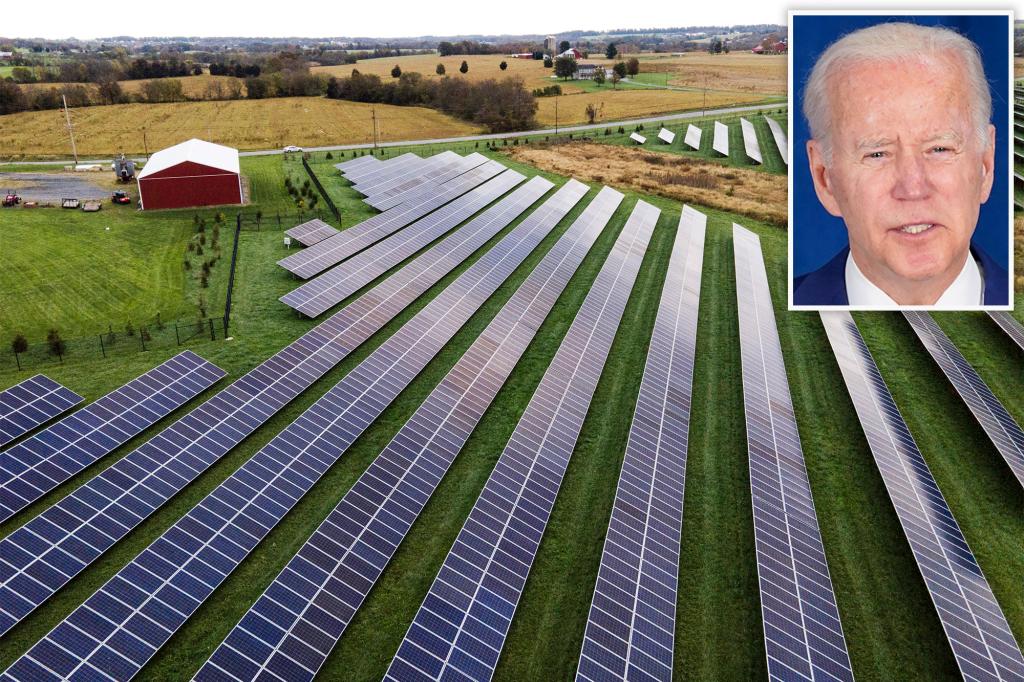 Rep. Byron Donalds (R-Fla.) tweeted, “Biden’s irresponsible & arguably constitutionally corrupt misuse of the Defense Production Act should concern every American. The DPA is not a get out of jail free card to cover for lazy & inept governance, which is exactly how this administration uses it.”

It’s unclear if the declaration will have any near-term effect and it was also unclear if the timing had anything to do with record-high gas and diesel prices. The White House release did not mention surging prices at the pump.

The Energy Department and the White House will gather “key stakeholders” to discuss future steps to “maximize the impact of the DPA tools,” the release said.

“What’s the real emergency in the solar industry for the Defense Production Act?” Lawrence asked at Jean-Pierre’s regular briefing.

“The president, when he takes the Defense Production Act, it’s to make sure he’s delivering to the American people,” Jean-Pierre replied. “It is an important tool that he has used a couple of times and has been incredibly effective.”

She said Biden separately “is putting the full force of the federal government’s purchasing power behind supporting American clean energy manufacturers, and he is providing US solar employers the short term stability they need to build clean energy projects and deliver more affordable energy.”

In response to another reporter’s question, Jean-Pierre said that the DPA invocation would not benefit imported solar panels from China.

“These actions do not apply to any materials imported from China. Import duties will remain in place on solar cells and panels from China or Taiwan,” she said.

The Biden administration did not specify a national-defense reason for using the act to boost solar panels.

When Biden was vice president, the Obama aggressively pushed for solar energy production — sparking the Solyndra scandal when a politically-connected firm went bankrupt after getting $535 million in federal loan guarantees.

The Defense Production Act was notably used by the Trump administration to coerce businesses to make ventilators and test swabs early in the COVID-19 pandemic and more recently was invoked by Biden to possibly speed production of baby formula to ease shortages.

Many Democrats expressed approval for Biden’s latest action, which can influence corporate behavior merely through the threat of action.

“Three cheers to Biden for using the DPA to expand domestic manufacturing of solar panels,” tweeted Sen. Jeff Merkley (D-Ore.), who wrote the action could improve “American energy independence” while boosting US companies and workers.