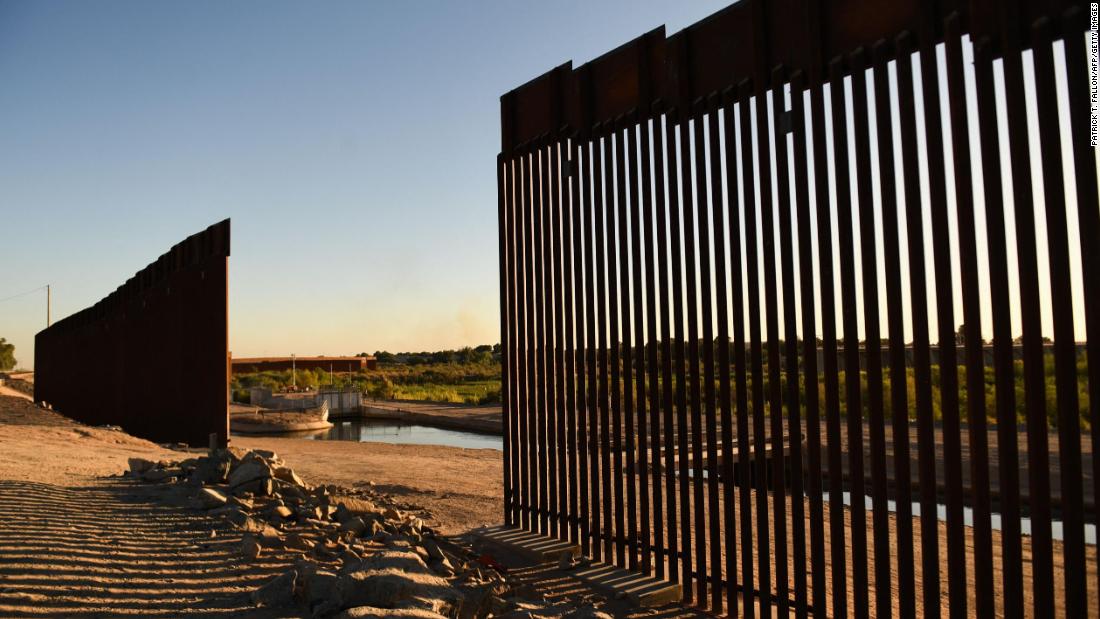 The Yuma Morelos Dam Project will close four gaps located within an “incomplete border barrier project” near the dam, the Department of Homeland Security said in a news release. In addition to posing “safety and life hazard risks for migrants,” the department said the gaps in the wall presented “life and safety” risks to first responders in the area.

Upon taking office, President Joe Biden called for a review of ongoing border wall projects and rescinded the national emergency declaration authorized by his predecessor that allowed then-President Donald Trump to dip into additional funds to build his signature border wall.

The Biden administration has canceled several border wall contracts and has also been returning some property to landowners who spent years fighting land seizures in court.
But DHS said in December it planned to close small gaps in the US-Mexico border wall and make adjustments to prevent flooding and complete prior construction of access roads.

Democratic Sen. Mark Kelly of Arizona, who is facing a tough reelection this fall, praised the decision to close the wall gaps. He said in a statement that he first pressed the President to approve the gap closures in December and had “numerous calls” with the White House and Homeland Security Secretary Alejandro Mayorkas.

The Biden administration has been criticized by allies and critics alike over its management of the US southern border. The administration has struggled to handle an influx of migrants coming to the border and lawsuits and infighting have stalled policy changes, which has resulted in more of the same Trump immigration policies.

The Supreme Court earlier this month declined to freeze a lower court order that blocked DHS from implementing new immigration enforcement priorities. The court’s 5-4 order was a loss for the Biden administration, which is trying to return to Obama-era policies that limit immigration arrests in order to focus on security risks instead of the more aggressive approach taken under the Trump administration.