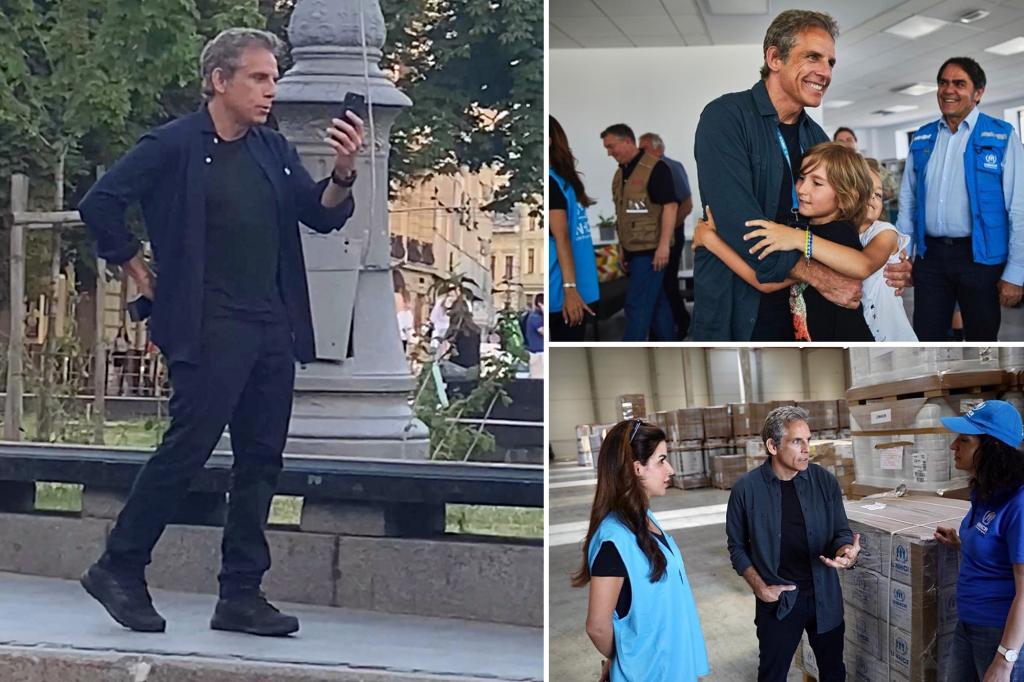 Actor Ben Stiller was spotted in war-torn Ukraine on Sunday after meeting with Ukrainian refugees across the border in Poland.

Video footage shows the “Hustle” and “Zoolander” star apparently FaceTiming on his phone in Lviv and also listening to someone as he stood among a small group of people.

Stiller’s trip to the western part of Ukraine came after he met with refugees in Poland as a good will ambassador for the United Nations High Commissioner for Refugees (UNHCR), according to social-media posts.

Anton Gerashchenko, an adviser to Ukraine’s minister of internal affairs, tweeted two photos of Stiller, including at least one of him talking to a teenage boy in Lviv.

“Hollywood actor Ben Stiller, UN Goodwill ambassador, was spotted in #Lviv,” the government aid wrote. “He spent some time with Ukrainian refugees at the Polish-Ukrainian border as well. Thank you, friend.”

During his time in Poland, Stiller shared photos on Instagram about meeting with families “whose lives have been turned apart by war and violence in Ukraine.

“Millions have been forced to flee their homes with over 90% being women and children,” the actor wrote in one post. “I’m here to learn, to share stories that illustrate the human impact of war and to amplify calls for solidarity.”

In another photo he posted on the social-media app, a young refugee boy and girl were giving a hug to the “There’s Something About Mary” actor.

“Near the Medyka border in Poland I had a chance to meet some families who fled the war in Ukraine, leaving loved ones behind with no idea when they will be able to return home- or have homes to return to,” Stiller wrote in the following post.

Stiller is not the first big-name actor to visit the country as it faces down Russia in its ongoing war with Russian dictator Vladimir Putin. Angelina Jolie surprised customers in a coffee shop in Lviv in late April.