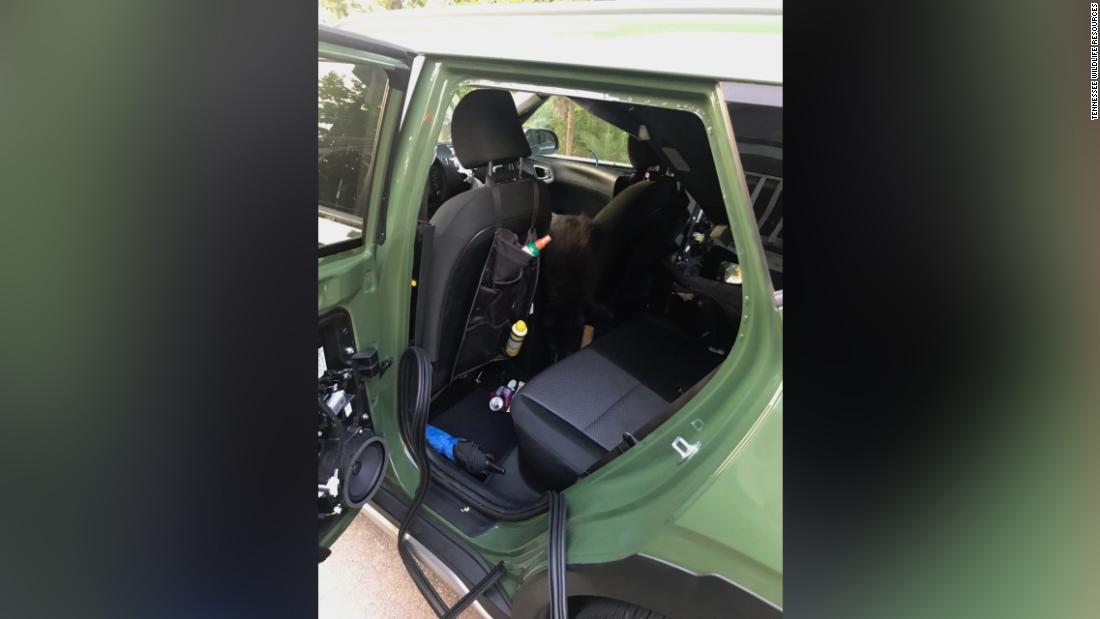 Sevierville is about 30 miles from Knoxville in East Tennessee, just north of the Great Smoky Mountains National Park. The owner of a vehicle parked at a rental cabin found the bear inside the car around 6:45 pm on Wednesday; the car owner said they’d left the cabin in a different vehicle around 10 am that morning.

Officials believe the bear was able to open the unlocked car with its teeth or paws and became trapped after the door shut. The bear seemed to be reaching for an empty soda can and a food wrapper on the floor, the release added.

“We believe that heat likely killed the bear as outside temperatures exceeded 95 degrees yesterday, meaning the vehicle’s interior possibly reached over 140 degrees,” the release said.

The agency said that people should lock their car doors, roll up windows “and never leave food or anything that smells like food inside!”

Bears have a sense of smell that’s seven times stronger than that of a bloodhound, the agency added.

This week, dangerous heat has settled into the South, with heat alerts continuing for over 40 million people from Texas to Florida, including Dallas, Baton Rouge, New Orleans, Mobile and Jacksonville.