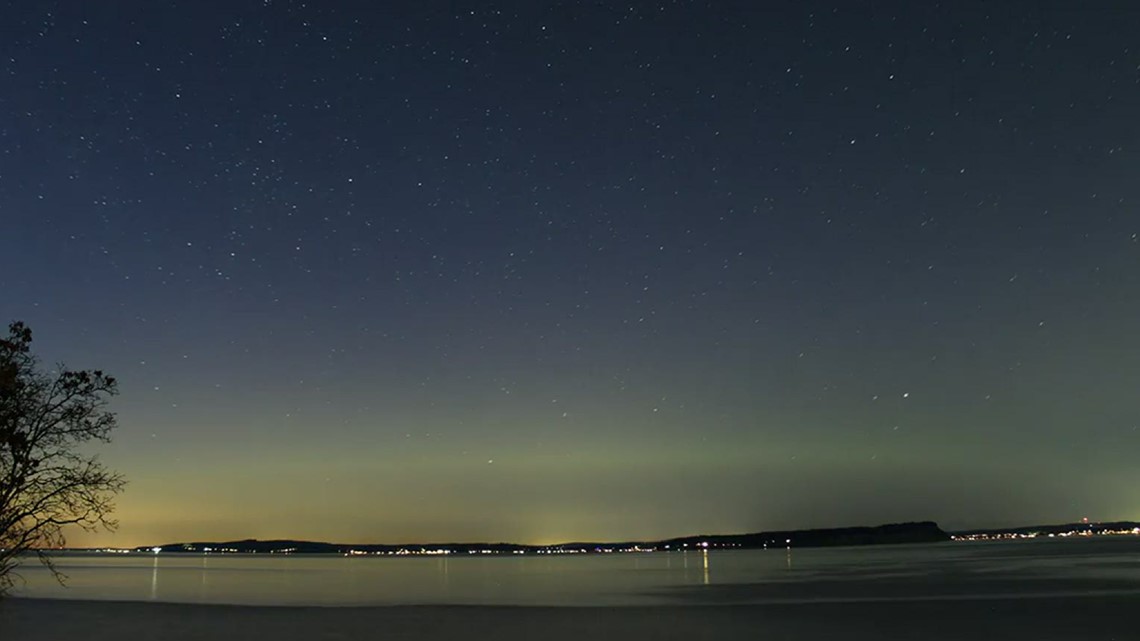 Aurora borealis may be visible over Washington for the next couple of nights, but Wednesday is your best chance to see it.

WASHINGTON, USA — The heat won’t be the only thing making a visit to western Washington this week.

The aurora borealis, otherwise known as the northern lights, look to dance across the Washington skies over the next couple of nights, but Wednesday night will be the best chance of viewing them over the lower 48 states.

A set of recent solar explosions, known as coronal mass ejections, is set to interact with the earth’s magnetic field producing a colorful show. The Space Weather Prediction Center (SWPC) has issued a G3 geomagnetic storm watch for Wednesday night, which is a category 3 storm watch out of a scale of 5.

Thankfully the forecast tonight is favorable for viewing aurora borealis. Sky conditions won’t be perfect though, due to the fact that we’ll have some thin upper-level clouds tracking into the state.

However, if you’re in more of a rural area and away from the city lights, you’ll give yourself a really good chance of spotting the phenomenon. The best times will be around and after midnight.

SWPC has a feature showing forecasted aurora activity for the next 30 minutes, so if you do plan on going out tonight, make sure to check it out for the best time to go.

Aurora borealis is the result of electrons colliding with the upper reaches of the earth’s atmosphere, according to SWPC. The electrons are energized through acceleration processes in the downwind tail of the magnetosphere. When the electrons relax back down to lower energy states, they release their energy in the form of light, according to SWPC. The phenomenon forms around 50 to 300 miles above the earth’s surface.