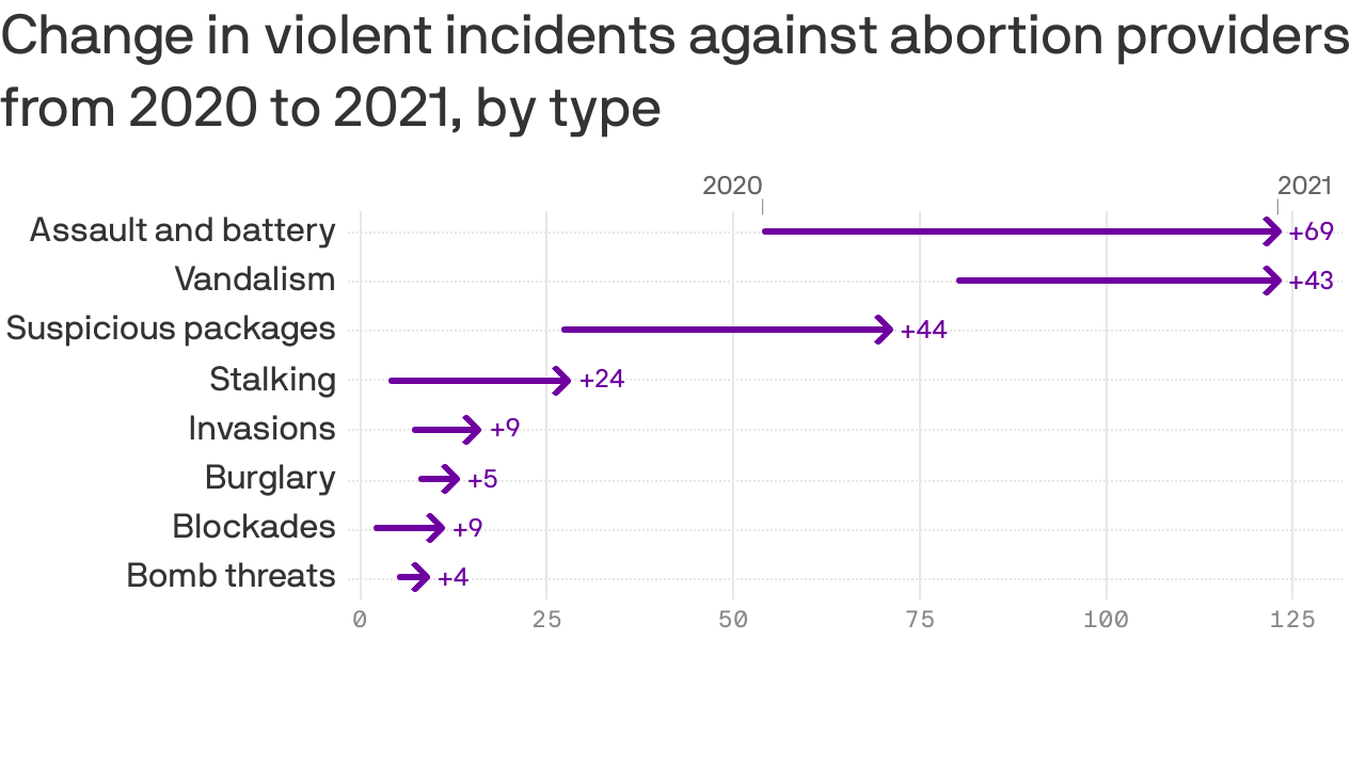 Assaults directed at abortion clinic staff and patients increased 128% last year over 2020, according to a new report from the National Abortion Federation.

Why it matters: Heated political rhetoric, the passage of more restrictive state abortion bans and increased media coverage all factored in the increase in violence, emboldening those “who want to harass and terrorize abortion providers,” Melissa Fowler, NAF Chief Program Officer, told reporters.

By the numbers: Beyond the surge of assaults outside of clinics, NAF documented the following:

Zoom in: Some clinics closed because of the COVID-19 pandemic, leading to a dropoff in protest activity.

What they’re saying: Anti-abortion protesters are “feeling supported by politicians who are coming right out and speaking their anti-choice views, and so therefore, they feel supported in committing acts of violence and targeted harassment,” said Michelle Davidson, NAF security director.

Between the lines: The NAF said those targeting abortion clinics are often the same people who participate in other violent and extremist activities.

The big picture: The new numbers come as the federal government prepares for a potential surge in political violence once the Supreme Court hands down the ruling that could potentially overturn Roe v. Wade, Axios’ Sophia Cai and Stef Kight report.