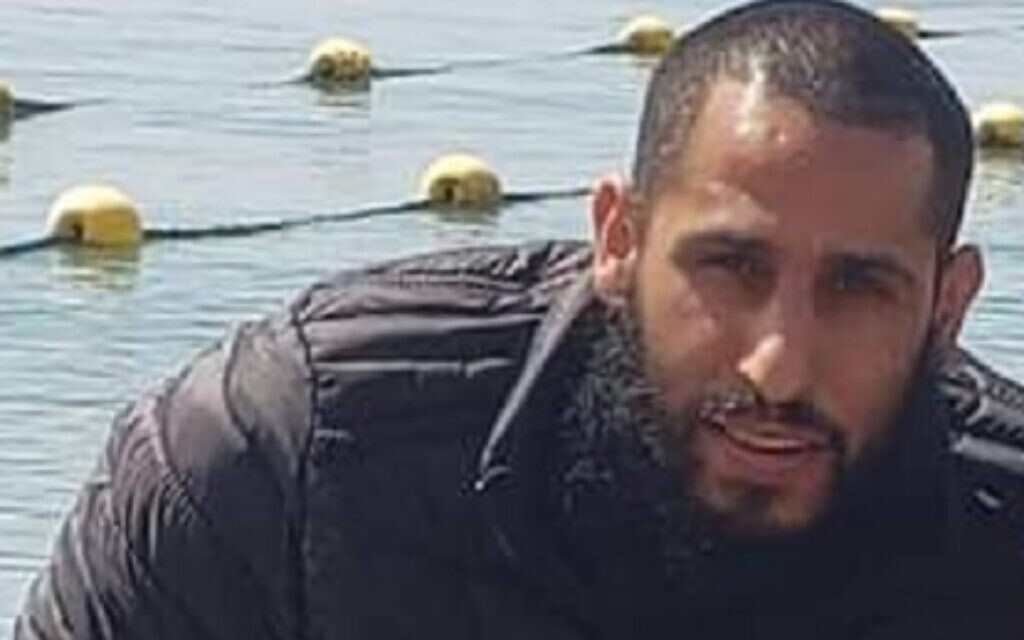 The terrorist who carried out a deadly stabbing and ramming attack in Beersheba on Tuesday was identified as an Arab Israeli from the southern Bedouin town of Hura, a former school teacher and Islamic State supporter, who served time in prison on terror charges.

Mohammad Ghaleb Abu al-Qi’an, 34, was identified as the man who killed four people and injured two others during the attack outside a shopping center in the southern city, before being shot by a bus driver and another passerby.

He died of his wounds, according to medics.

A resident of the nearby Bedouin town of Hura, Abu al-Qi’an was an elementary school teacher before being sentenced to four years in prison in 2016 for affiliation with the Islamic State and for an attempt to recruit people to the jihadist group.

He admitted while in custody to having established a secret group that would hold clandestine meetings related to the Islamic State, and to planning to leave Israel on the pretext of a pilgrimage to Mecca, but with the true goal of joining IS fighters in Syria.

Abu al-Qi’an, who was indicted in 2015 along with two other teachers and several others for supporting IS, also gave sermons to members of the community — including minors — promoting IS and asserting that the extremist group did not veer from Islam. 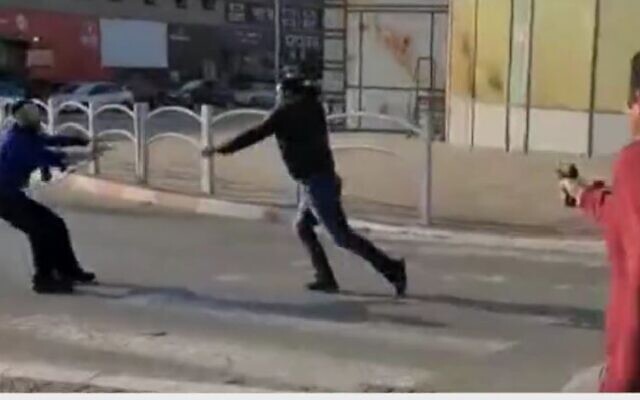 According to the Haaretz daily, at his sentencing Abu al-Qi’an, at the time a father of five, told the judge that he regretted his actions and wanted to return to his family.

It was not immediately clear what Abu al-Qi’an had been doing since his release from prison in 2019.

Tuesday’s stabbing attack was praised by both the Hamas and Palestinian Islamic Jihad terror groups. Neither claimed him as a member. There was no initial reaction from Islamic State.

The Hura local council “condemned in every way possible the deadly attack.”

“Attacking innocent civilians is a criminal and despicable act of terrorism,” it said in a statement. “The council calls on both Arabs and Jews of the Negev to maintain the neighborly relations between the two sides that there has been until now.”

The rampage was the deadliest attack on Israeli civilians since June 2016, when two terrorists opened fire at Tel Aviv’s Sarona Market, killing four people and wounding 16.

The attack came amid a string of attacks in Jerusalem and the West Bank.

Officials have warned of a possible flare-up of violence during Ramadan next month.

Tensions have risen after nine Palestinians were killed in violent confrontations with Israeli troops in recent weeks, including in gun battles with Israeli soldiers in the West Bank during raids, as well as during attempted attacks.

Do you value The Times of Israel?

If so, we have a request.

Every day, our journalists aim to keep you open from the most important developments that merit your attention. Millions of people rely on ToI for fast, fair and free coverage of Israel and the Jewish world.

We care about Israel – and we know you do too. So today, we have an ask: show your appreciation for our work by joining The Times of Israel Communityan exclusive group for readers like you who appreciate and financially support our work.