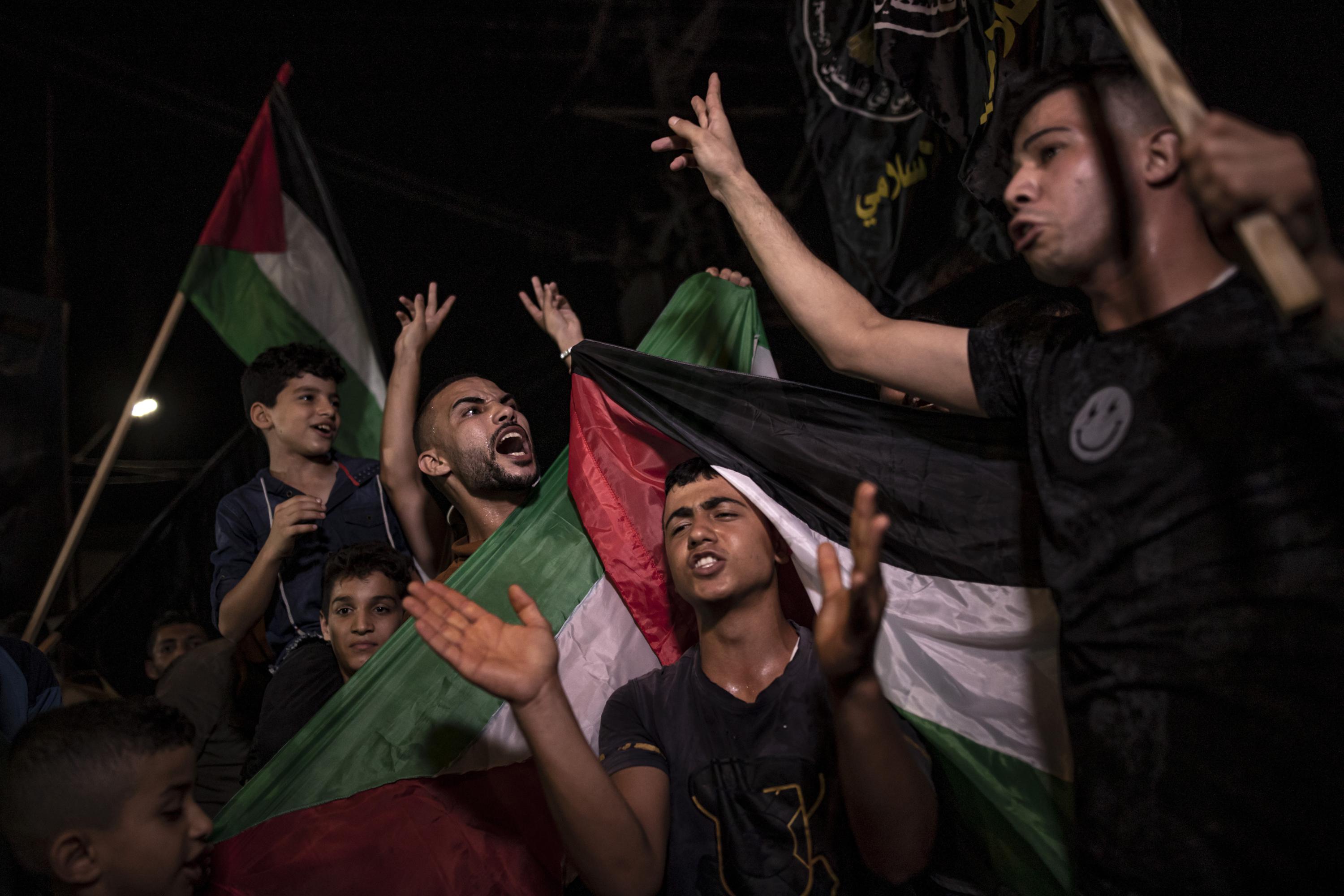 Israel also lifted security restrictions on southern Israeli communities after the Egyptian-mediated truce took effect late Sunday. Fighting abated, and war-weary people in Gaza and Israel were left picking up the pieces after another round of violence — the worst since an 11-day war between Israel and Hamas last year.

Since Friday, Israeli aircraft had pummeled targets in Gaza while the Iran-backed Palestinian Islamic Jihad militant group fired hundreds of rockets in Israel.

Over three days of fighting, 44 Palestinians were killed, including 15 children and four women, and 311 were wounded, the Palestinian Health Ministry said. Islamic Jihad said 12 of those killed were militants. Israel said some of the dead were killed by rockets misfired from Gaza. No Israelis were killed.

The violence had threatened to spiral into another all-out war but was contained because Gaza’s ruling Hamas group stayed on the sidelines, possibly because it fears Israeli reprisals undoing economic understandings with Israel, including Israeli work permits for thousands of Gaza residents that bolster Hamas ‘ control over the coastal strip.

Israel and Hamas have fought four wars since the group overran the territory in 2007. Hamas had a strong incentive to avoid more conflict, which has exacted a staggering toll on the impoverished territory’s 2.3 million Palestinian residents.

The outburst of violence in Gaza was a key test for Israel’s caretaker Prime Minister Yair Lapid, who lacks experience leading military operations. He unleashed the offensive less than three months before the general election in which he is campaigning to keep the job — and may have gained political ground with it.

Israel began to reopen crossings into Gaza for humanitarian needs on Monday and said it would fully open them if calm is maintained. Fuel trucks were entered at the main cargo crossing headed for the power plant, which went offline Saturday after Israel closed the crossings into Gaza last week.

That added to misery at the height of summer heat in the territory, which is under a stifling Israeli-Egyptian blockade and suffers from a chronic power crisis that leaves residents with only a few hours of electricity a day.

Life for hundreds of thousands of Israelis was disrupted during the violence. Israel’s sophisticated Iron Dome missile defense system intercepted many of the rockets launched at Israel and no significant injuries were reported.

Israel launched its operation with a strike Friday on a leader of the Islamic Jihad, saying there were “concrete threats” of an anti-tank missile attack against Israelis in response to the arrest last week of another senior Islamic Jihad member in the West Bank. That arrest came after months of Israeli raids in the West Bank to round up suspects following a spate of Palestinian attacks against Israel.

It killed another Islamic Jihad leader in a strike on Saturday.

Both sides boasted of their successes. Reporters in Tehran on Sunday, Islamic Jihad leader Ziad al-Nakhalah said the militant group remained strong, despite losing two of its leaders. “This is a victory for Islamic Jihad,” he said.

Despite that claim, the group undoubtedly sustained a blow during the fierce offensive. Beyond losing the two leaders, it reduced its arsenal by firing hundreds of rockets.

Israel said some of the deaths in Gaza were caused by errant militant rocket fire, including in the Jebaliya refugee camp, where six Palestinians were killed Saturday. On Sunday, a projectile hit a home in the same area of ​​Jebaliya, killing two men. Palestinians held Israel responsible for the Sunday attack, while Israel said it was investigating whether the area was struck by misfired rockets.

The cease-fire deal contained a promise that Egypt would work for the release of two senior Islamic Jihad detainees held by Israel, but there were no guarantees this would happen. The weekend fighting was also bound to complicate Islamic Jihad’s relations with Hamas.

A senior Israeli diplomatic official said the offensive was successful and had taken Islamic Jihad’s capabilities back “decades,” citing the loss of the two leaders and hits to the group’s rocket production and firing capabilities, among other blows. He spoke on condition of anonymity because he was not authorized to discuss the operation with the media.

“Over these last 72-hours, the United States has worked with officials from Israel, the Palestinian Authority, Egypt, Qatar, Jordan, and others throughout the region to encourage a swift resolution to the conflict,” he said in a statement Sunday.

In the occupied West Bank on Monday, Israeli troops demolished the homes of two Palestinians suspected of carrying out a deadly attack against Israelis in the city of Elad in May. The soldiers faced a violent protest during the operation, the military said.

The UN Security Council was to hold an emergency meeting Monday on the violence. China, which holds the council presidency this month, scheduled the session in response to a request from the United Arab Emirates, which represents Arab nations on the council, as well as China, France, Ireland and Norway.

“We underscore our commitment to do all we can towards ending the ongoing escalation, ensuring the safety and security of the civilian population, and following-up on the Palestinian prisoners file,” said UN Special Coordinator for the Middle East Peace Process, Tor Wennesland , in a statement.

The Israeli army said militants in Gaza fired about 1,100 rockets toward Israel, with about 200 of them landing inside the Palestinian enclave. The army said its air defenses had intercepted 380 of them, including two fired toward Jerusalem. The military did not specify what happened to the remainder, but they likely fell in open areas or broke up in the air.

Islamic Jihad has fewer fighters and supporters than Hamas, and little is known about its arsenal. Both groups call for Israel’s destruction, but have different priorities, with Hamas constrained by the demands of governing.

Over the past, Israel and Hamas have reached tacit understanding on trading calm for work permits and a slight easing of the border blockade, imposed easing by 1 year as Israel and Egypt when Hamas overran the territory 1 years ago. Israel has issued 12,000 work permits to Gaza laborers, and has held out the prospect of granting another 2,000 permits.