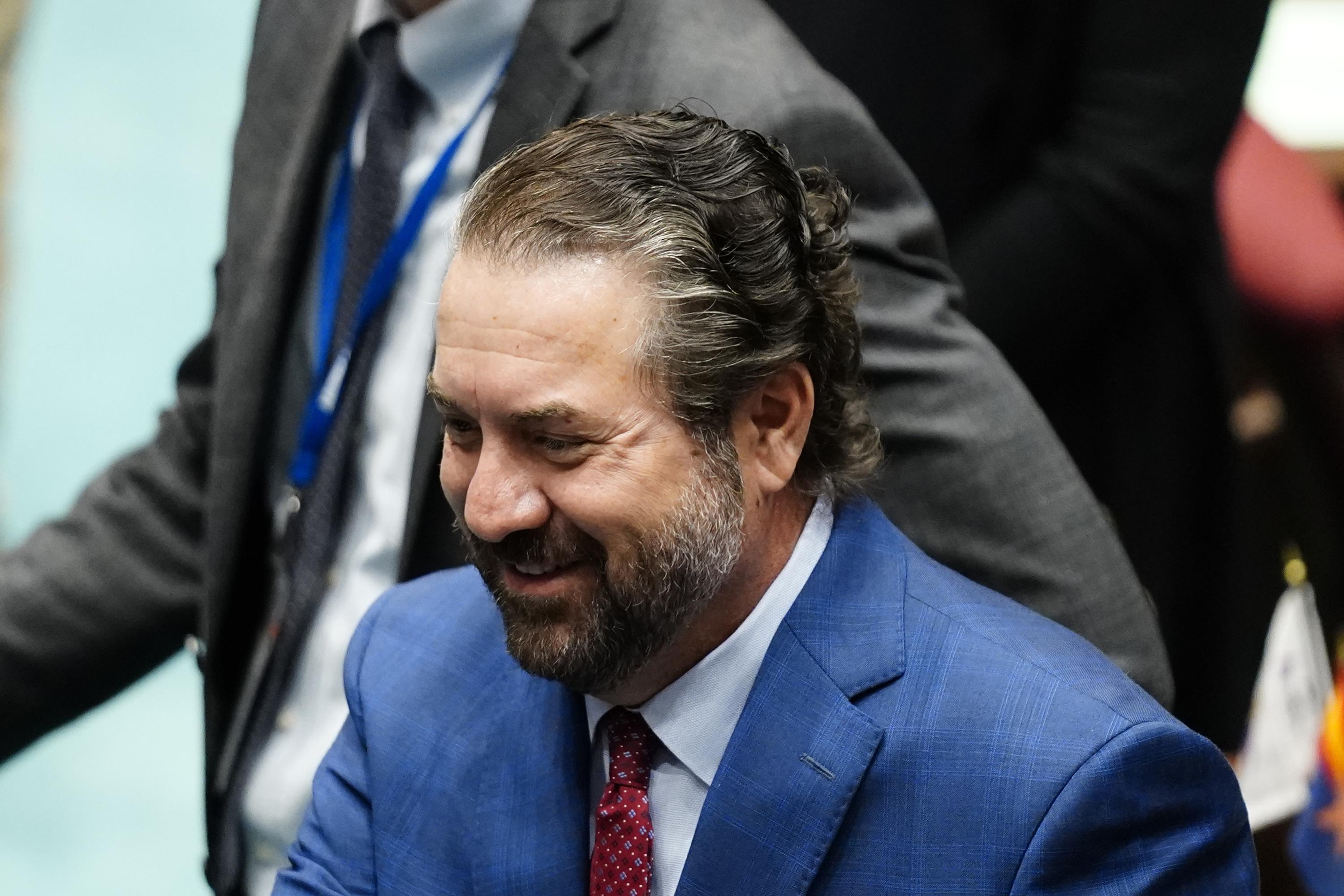 PHOENIX (AP) — Arizona Attorney General Mark Brnovich said Monday his investigators found just one dead voter after thoroughly reviewing findings from a partisan review of the 2020 election that alleged 282 ballots were cast in the name of someone who had died.

The finding by the Republican attorney general, who is running for US Senate in Tuesday’s primary, further discredits the review conducted last year. The review was led by an inexperienced firm, Cyber ​​Ninjas, and conducted largely by supporters of Donald Trump who falsely believe the election was stolen from him.

“Our agents investigated all individuals that Cyber ​​Ninjas reported as dead, and many were very surprised to learn that they were allegedly deceased,” Brnovich wrote a letter to state President Karen Fann, who Senate her subpoena power to obtain ballots, tabulators and election data and hired Cyber ​​Ninjas for what she called a “forensic audit.”

For the one substantiated incident, “the facts of the case did not support prosecution,” said Ryan Anderson, a spokesman for Brnovich. He said the dead person’s ballot was not counted. None of the three criminal cases the attorney general has filed over dead voters was connected to the Cyber ​​Ninjas investigation, he said.

Brnovich did not say whether any charges had been filed in connection with the one substantiated incident, and his spokesman, Ryan Anderson, did not respond to a phone call and text message. All other people listed by Cyber ​​Ninjas as deceased “were found to be current voters,” Brnovich wrote.

Combine with other reports of dead voters, Brnovich’s Election Integrity Unit names investigated a combined 409 and produced “only a handful of potential cases.”

Brnovich vouched for the legitimacy of the election immediately after President Joe Biden’s victory but later publicized his investigation of the Cyber ​​Ninjas allegations as he sought Trump’s endorsement for his Senate campaign. Trump ultimately released a scathing statement saying Brnovich was not doing enough to advance his claims of fraud and endorsed businessman Blake Masters.

Federal and state election officials and Trump’s own attorney general have said there is no credible evidence the election was tainted. The former president’s allegations of fraud were also roundly rejected by courts, including by judges Trump appointed.

The Cyber ​​Ninjas review looked at data, machines and ballots from Maricopa County, the state’s largest. It produced a report that experts described as riddled with errors, bias and flawed methodology. Still, even that partisan review came up with a vote tally that would not have altered the outcome, finding that Biden won by 360 more votes than the official results.