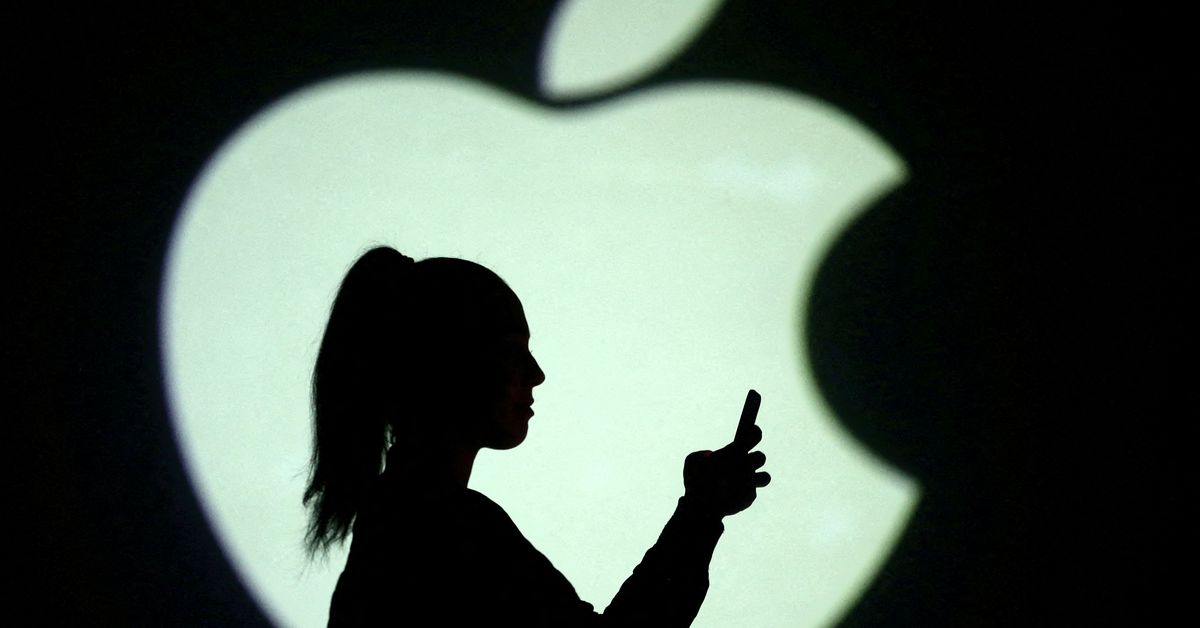 Silhouette of mobile user is seen next to the screen projection of Apple logo in this picture illustration taken March 28, 2018. REUTERS/Dado Ruvic/Illustration

It was not immediately clear what caused the outages on both days, but Bloomberg News reported on Monday that Apple told staff that the outage stemmed from domain name system, or DNS – an address book of the internet which enables computers to match website addresses with the correct server. read more

Apple did not immediately respond to a request for comment on Tuesday’s outage.

Reporting by Yuvraj Malik and Shubham Kalia in Bengaluru; Editing by Shailesh Kuber