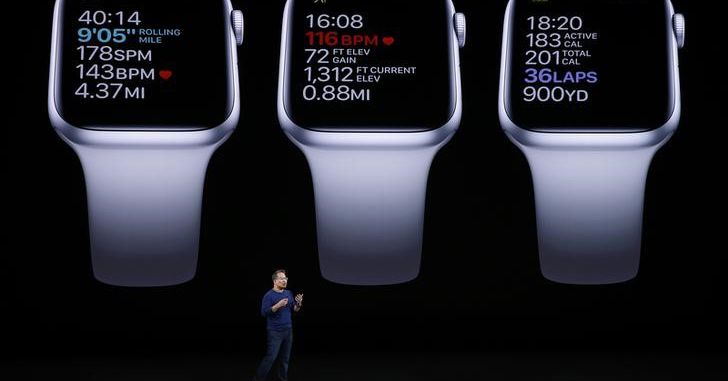 March 21 (Reuters) – A federal judge on Monday said Apple Inc (AAPL.O) must face the Silicon Valley company’s claims it illegally monopolized the US market for heart rate monitoring apps for its Apple Watch.

US District Judge Jeffrey White said AliveCor Inc, whose SmartRhythm app alerts users to irregular heartbeats, could try to prove that Apple violated federal antitrust law based on its alleged “complete control” over the market for such apps.

“AliveCor alleges that Apple made changes to the heart rate algorithm that made it effectively impossible for third parties to inform a user when to take an ECG,” or electrocardiogram, White wrote. “Plaintiff’s allegations plausibly establish that Apple’s conduct was anticompetitive.”

The Oakland, California-based judge said this was because AliveCor’s KardiaBand wristband, which can record ECGs, “complements but does not compete” in that market.

Apple and its lawyers did not immediately respond to requests for comment. Adam Wolfson, a lawyer for AliveCor, declined to comment.

In its May 2021 lawsuit, privately held AliveCor danger Apple of changing the heart rate algorithm for the Apple Watch to gain an “unfair competitive edge” over rivals, and “put countless AliveCor users’ lives in.”

Apple, based in Cupertino, California, countered that it was an “uncontroversial proposition that product improvement by itself” did not violate the federal Sherman antitrust law.

The case is AliveCor Inc v Apple Inc, US District Court, Northern District of California, No. 21-03958.