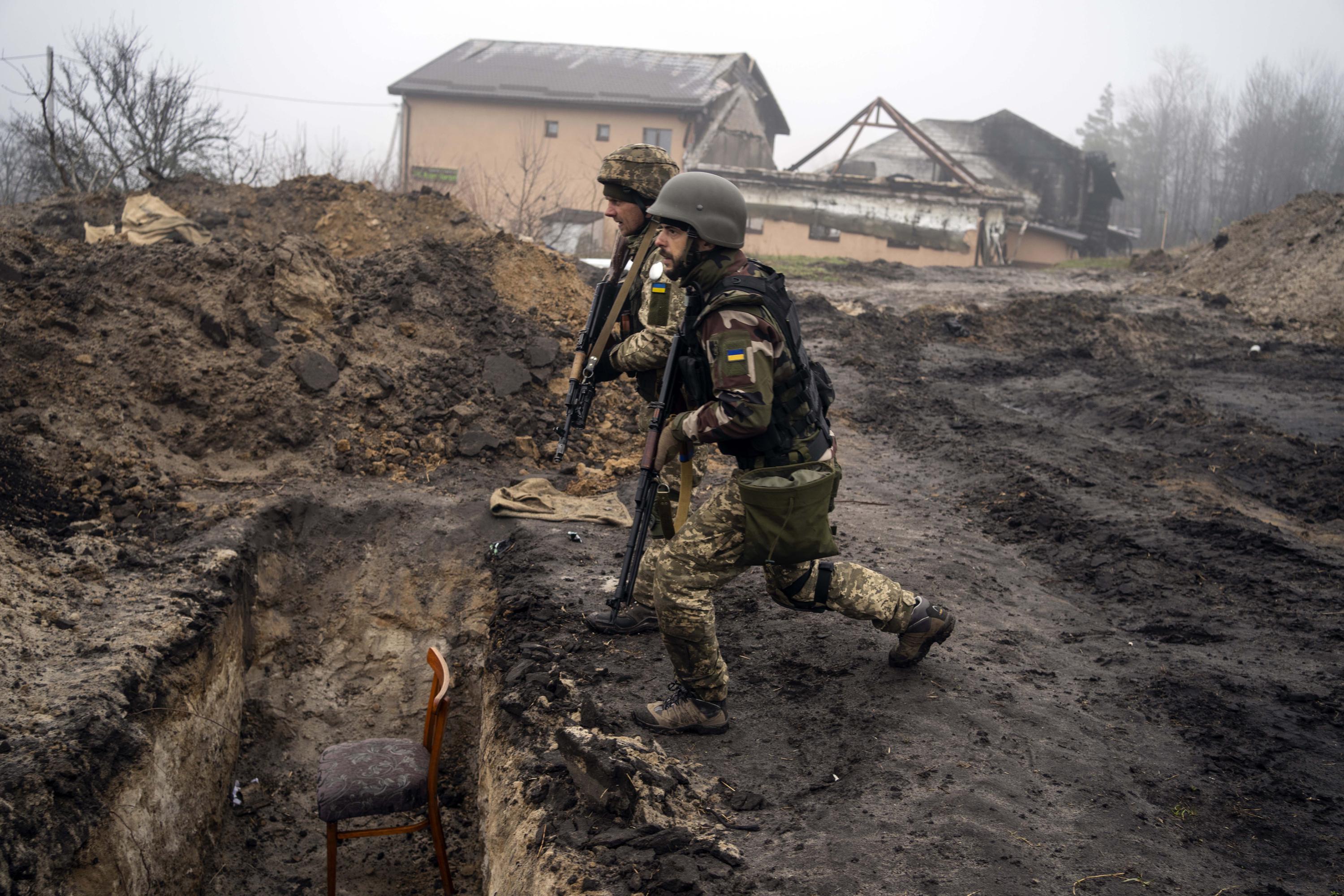 By The Associated Press

On the outskirts of Kyiv, Ukrainian soldiers approach a trench used by Russian soldiers as they retake the area. One soldier embraces his wife after conducting a sweep for remnants of Russian troops after their withdrawal.

Destroyed armored vehicles from both armies lie in streets and fields. Scattered military gear covers the ground next to an abandoned Russian tank outside Kyiv. And a Ukrainian solider checks the charred remnants of another tank in front of houses in Irpin, close to Kyiv.

Civilians also take stock of the damage more than a month into the invasion. One woman stands by a crater left by a bomb that hit her yard. A man surveys a bridge destroyed by Russian soldiers upon their retreat. Yet another gathers armloads of debris from demolished buildings.

Next to his grave in the garden of their home, Mariya Ol’hovs’ka mourns her 72-year-old father Valerii Ol’hovs’kyi, who was killed by a Russian missile days earlier. The family couldn’t bury him in the village cemetery because of fighting between the Ukrainian and Russian armies.