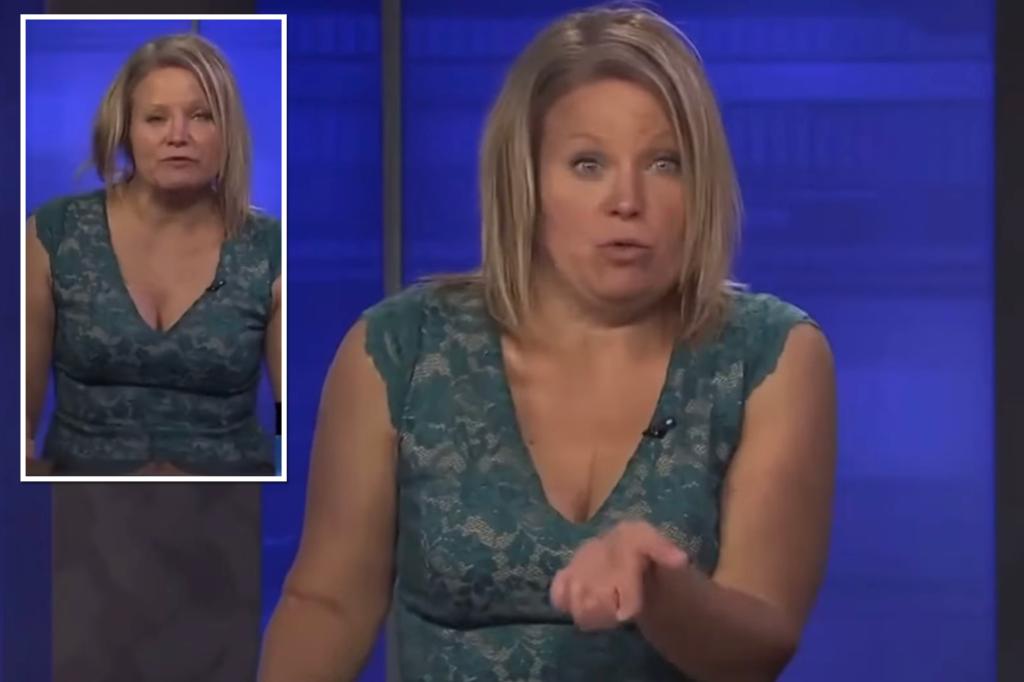 An upstate New York news anchor who was suspended after an erratic newscast Saturday is blaming her slurred speech on exhaustion in the aftermath of her father’s death.

“On Friday, I notify the station I would not be renewing my contract which expires July 31,” Kovar said. “Saturday I was scheduled to work the early morning 6 am shift and the evening shift. I was sleep-deprived and exhausted.”

Kovar was incoherent at times during Saturday’s evening broadcast and at one point abruptly and bizarrely changed topics without providing background to viewers.

“And so, moving on tonight, is we have to tell you also, you know, like other news that’s happening in the area, and across the area, in the nation,” she said.

Kovar also erroneously referred to meteorologist Craig Gold as Craig Adams — another weatherman at the staton.

Kovar then wrote on Twitter Saturday she was expecting to be back on the air Sunday, but she was suspended by the station pending further investigation.

The broadcaster, who had been the station’s weekend anchor for several years, was replaced early Sunday by Emma Quinn, who did not return a request for comment by The Post.

She was then replaced by weekday evening anchor Greg Floyd, who filled in late Sunday, the Times Union reported.

Kovar had been caring for her father in Texas before he died, the Times Union previously reported. She wrote on Facebook in May that WRGB “graciously allowed” her to take time off to be with relatives before her father passed away that month.

“We have no further comment at this time,” Croteau told the newspaper.