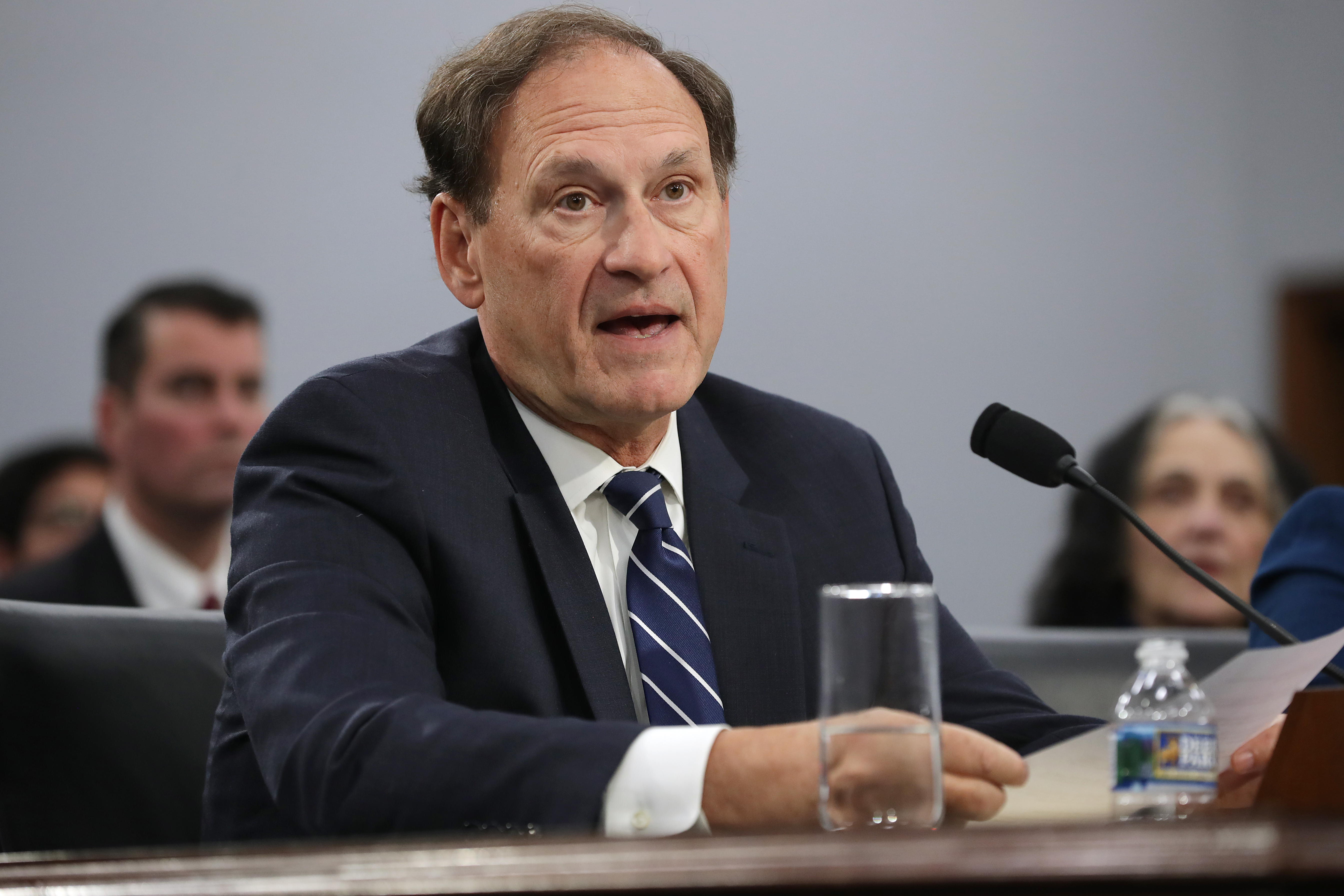 “One of these was former Prime Minister Boris Johnson, but he paid the price,” Alito joked, referring to the conservative British leader’s announcement earlier this month that he planned to step down. “Post hoc ergo propter hoc, right?” the justice added, drawing applause and laughter from the audience to a Latin phrase used to describe a fallacious argument.

Alito, sporting a new beard, went on to note that President Emanuel Macron of France and Prime Minister Justin Trudeau of Canada “are still in office” despite the salvos they launched at the ruling, which frees US states to impose sharp limits on abortion throughout pregnancy.

“What really wounded me was when the Duke of Sussex addressed the United Nations and seemed to compare the decision whose name may not be spoken with the Russian attack on Ukraine,” Alito said. “Despite this temptation, I’m not going to talk about cases from other countries.”

Most of Alito’s 36-minute speech was devoted to a discussion of religious liberty, with the conservative justice arguing that support for religious liberty is eroding because so many people now say they lack religious belief.

“It is hard to convince people that religious liberty is worth defending if they don’t think that religion is a good thing that deserves protection,” Alito said, before outlining some arguments that might find traction with what he called an “increasing” number of people who reject religion or don’t consider it important.

Despite his observations about modern trends towards secularism, Alito made clear that he considered religious faith to be a natural yearning of all human beings. “Our hearts are restless until we rest in God,” he said.

The conference that hosted Alito was organized by the Religious Liberty Institute at Notre Dame, which was founded in 2020. While the conference was announced and promoted to journalists in advance, Alito’s role was kept under wraps. The institute or its faculty members have filed amicus briefs in at least five Supreme Court cases on religious freedom issues.

Alito, a graduate of Princeton University and Yale Law School, traveled to Notre Dame last September to deliver a speech attacking critics of the court’s use of its emergency docket — sometimes called the “shadow docket” — to resolve significant legal questions.

Some of the justices have canceled or rearranged speaking engagements in the wake of POLITICO’s publication in May of a draft of Alito’s opinion in this term’s high-profile abortion-rights case and ensuing protests at the homes of some conservative justices. The high court also erected an 8-foot-high anti-riot fence around its building on Capitol Hill.

The court building has been closed to the public since the coronavirus pandemic broke out in March 2020 — more than 28 months ago. That closure was recently extended through the end of next month, according to a calendar posted on the court’s website.