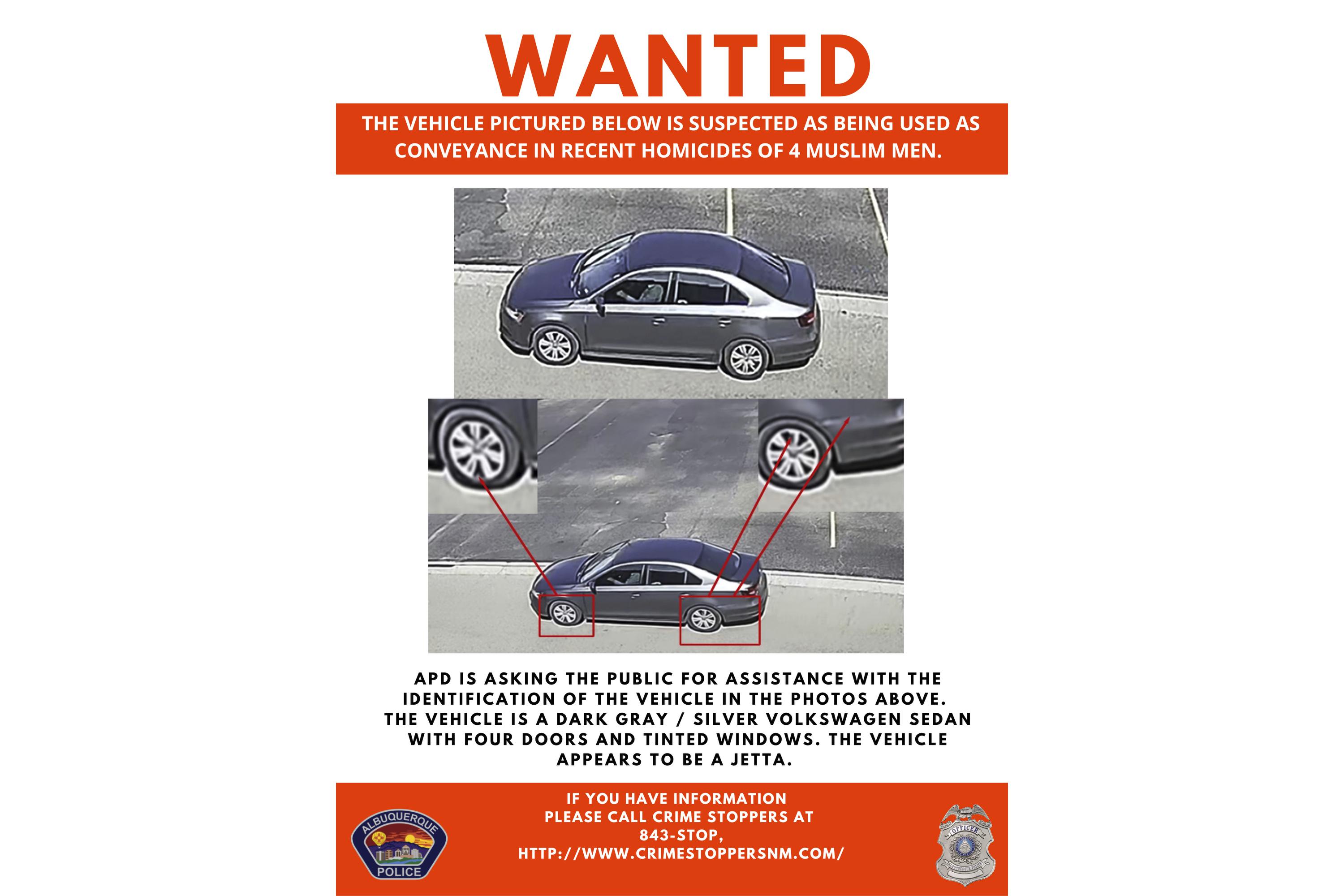 ALBUQUERQUE, NM (AP) — Authorities investigating whether the killings of four Muslim men are connected said Sunday that they need help finding a vehicle believed to be connected to the deaths in New Mexico’s largest city.

Albuquerque police said they released photos of the vehicle suspected of being used in the four homicides, hoping people could help identify the car. Police said the vehicle sought is a dark gray or silver four-door Volkswagen with dark tinted windows, and appears to be a Jetta.

Police did not say where the images were taken or what led them to suspect the car was involved in any of the crimes.

“We have a very, very strong link,” Albuquerque Mayor Tim Keller said Sunday. “We have a vehicle of interest … We have got to find this vehicle.”

Police are still trying to determine if there are any connections among the killings. A Muslim man was killed Friday night in Albuquerque and ambush shootings killed three Muslim men over the past nine months. The common elements in all the victims are their race and religion, deputy police commander Kyle Hartsock said.

Police said Saturday that the victim in the latest killing was a Muslim from South Asia who is believed to be in his mid-20s.

The man, whose identity has not yet been confirmed by investigators, was found dead after police received a call of a shooting.

Earlier this week, police confirmed that local detectives and federal law enforcement officers were looking for possible ties among the separate crimes.

Two of the men — Muhammed Afzaal Hussain, 27, and Aftab Hussein, 41 — were killed in the past week, and both were from Pakistan and members of the same mosque. The third case involves the November killing of Mohammad Ahmadi, 62, a Muslim man of South Asian descent.

Police declined to say whether Friday night’s homicide was carried out in a similar way to the other deaths.

Authorities said they can’t say yet if the shootings were hate crimes until they have identified a suspect and can determine a motive.

“We will bring this person or these persons to justice,” Gov. Michelle Lujan Grisham said Sunday.