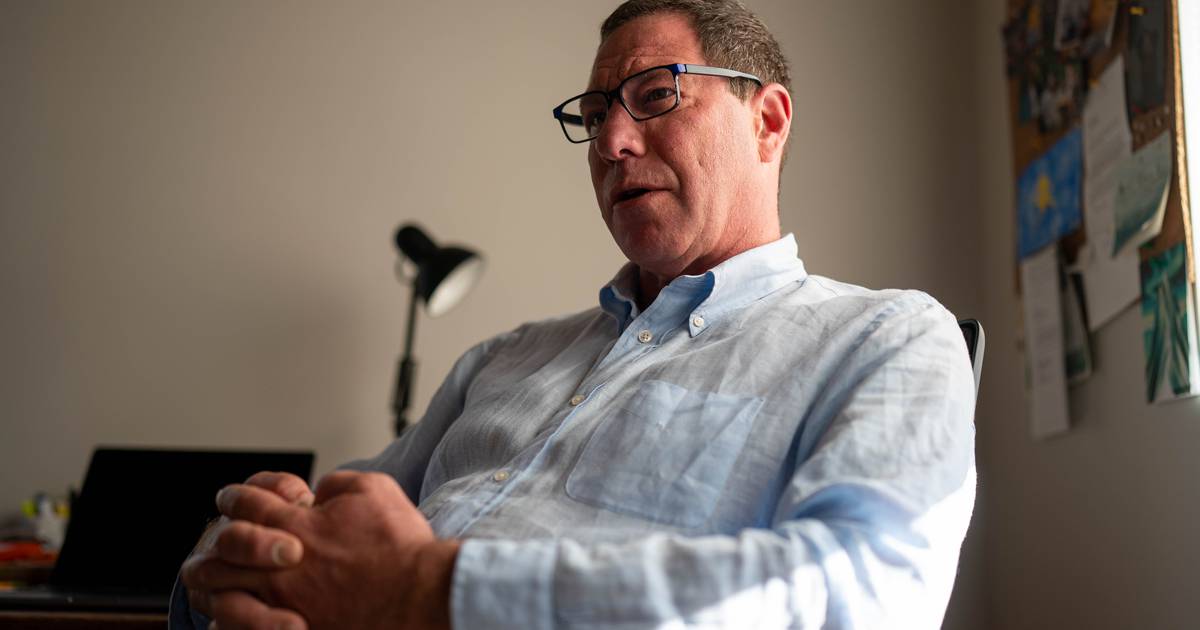 Updated: 5 hours ago Published: 7 hours ago

Independent Al Gross said Monday he was withdrawing as a candidate from both the special and general elections for US House in Alaska, and urged supporters to consider voting instead for Democrat Mary Peltola or Republican Tara Sweeney.

Gross is in third place after the June 11 special primary election with 48 candidates, and with most ballots counted, was set to advance to the ranked choice in August along with Peltola, who is fourth, and two Republicans, former Gov. Sarah Palin and businessman Nick Begich III, who are first and second.

“It is with great hope for Alaska’s future that I have decided to end my campaign to become our state’s next Congressman,” Gross said in a written statement Monday night. “There are two outstanding Alaska Native women in this race who would both serve our state well, and I encourage my supporters to stay engaged and consider giving their first-place vote to whichever of them best matches their own values. Thank you for your support.”

Gross’ campaign said he was referring to Peltola, a former state lawmaker from Bethel, and Sweeney, who was assistant secretary of Indian Affairs in the US Interior Department during the Trump administration.

Sweeney was in fifth place as of Monday.

The final round of ballot counting in the special election is scheduled for Tuesday. The top four advance to the August ranked choice special election to fill out the term of Alaska Rep. Don Young, who died in March after serving 49 years in the House. A separate primary election will be held in August, with a ranked choice election in November to select the candidate that will fill Alaska’s lone US House seat for a full two-year term starting in 2023.

Tiffany Montemayor, a spokesperson for the state Division of Elections, was asked by the Associated Press if the fifth place finisher in the special primary would be bumped to fourth if Gross withdraws by the deadline. She said the division was “looking into this” and she did not have an immediate answer.

The June 11 election was the first under a system approved by voters in 2020 that ends party primaries and institutes ranked choice voting in general elections.

The deadline to withdraw as a candidate for the special election is noon on Sunday.

Gross, an orthopedic surgeon from Petersburg, said he was withdrawing from both races. He ran unsuccessfully in 2020 against Republican US Sen. Dan Sullivan with the endorsement of state Democrats. Gross benefitted this year from name recognition bought with more than $19 million spent by his campaign in 2020.

This year, he was harshly criticized by the Democrats after he filed as an independent and told the Daily News early in the campaign that he wouldn’t necessarily organize with the House Democrats, suggesting he might caucus with whichever party was in the majority in the House. “He’s not a liberal, he’s not a Democrat and he sure as hell doesn’t share your Democratic values, but pandering Al Gross still has the audacity to beg for your money after saying he’d caucus with Republicans,” Alaska Democrats said on Facebook in May. Gross later changed his position by him and said he would organize with Democrats.

Gross’ campaign said Monday he was not doing interviews at this time. Messages seeking comment were also sent to the campaigns of Peltola and Sweeney.

Several other candidates have withdrawn in recent days after failing to make the top four, among them Democrats Chris Constant and Adam Wool and Republican John Coghill.

Palin is the former Alaska governor who resigned in 2009 after running for vice president. Begich, a businessman and member of a prominent Alaska political family, is a former campaign chairman for Young who launched his campaign last fall. Peltola is a former Alaska state legislator from Bethel. Sweeney served as assistant secretary for Indian affairs in the Interior Department in former President Donald Trump’s administration.

Gross’ announcement comes days after his campaign touted the endorsement of an electrical workers union and posted fundraising appeals on social media that took swipes at Palin. One such video post featured the word “quitter” over Palin’s face. Palin resigned as governor in 2009, partway through her term.

Hours before the announcement, Gross’ campaign posted a picture of him at a brewing company in Anchorage over the weekend.

Most of those running in the special primary reported at the fundraising to the Federal Election Commission. But Gross reported receiving about $545,000 between March 23 and May 22, about $86,000 less than Palin over roughly the same period.