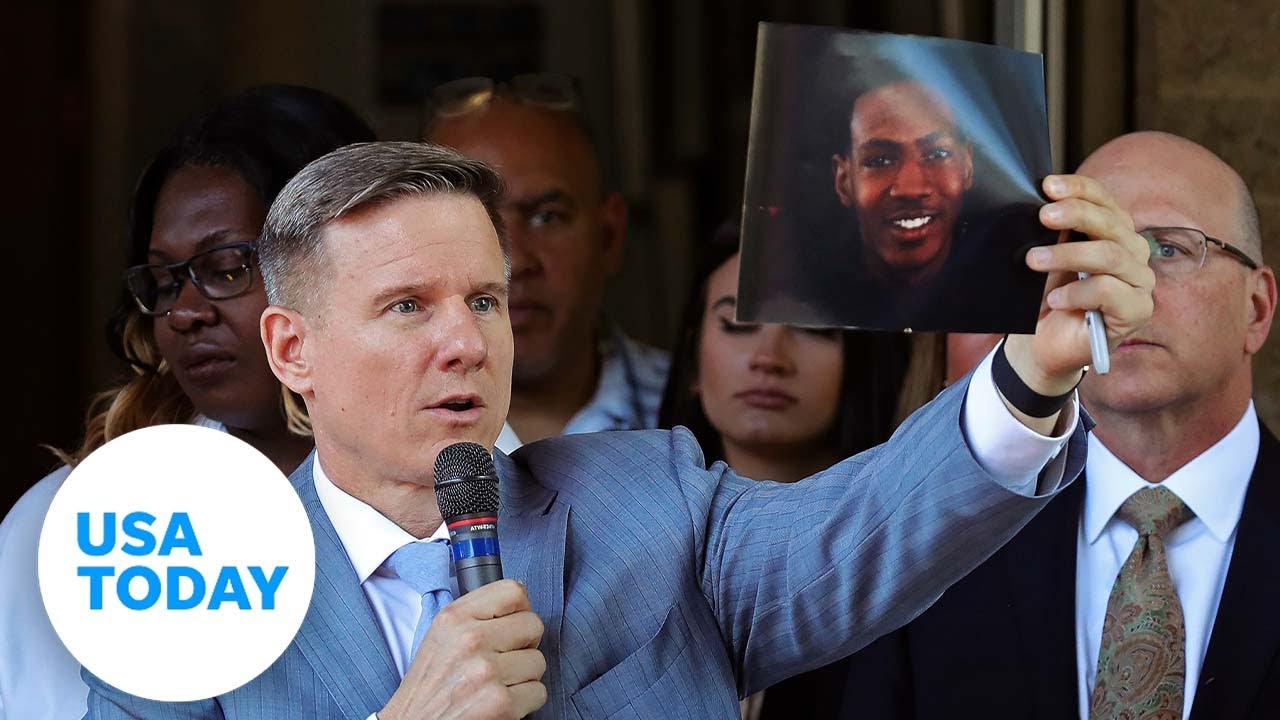 Akron Police Chief Steve Mylett said it appears that Jayland Walker reached toward his waist during a foot chase with police and briefly turned toward officers before they opened fire.

Here’s what else the police and city officials disclosed about Walker’s death during Sunday afternoon’s press conference:

When Walker jumped from his Buick last week, he was wearing a black ski mask over his face, according to Akron police body camera video released Sunday.

Jayland Walker:What we know about the fatal Akron police shooting

The footage captures a barrage of gunfire as officers chased Walker through a parking lot after he fled his vehicle.

It’s unclear exactly how many shots were fired, but the chief said the Summit County Medical Examiner is examining more than 60 wounds to Walker’s body. The medical examiner is still determining how many were entrance wounds from bullets and how many were exit wounds.

Walker left a handgun, ammunition clip and what appears to be a gold wedding ring on the driver’s seat.

Walker was unarmed as he fled his car and ran from the police, Mylett said.

But officers, who had chased him and the Buick across town, apparently did not know if Walker was still armed after witnessing what appeared to be a gunshot coming from Walker’s car minutes before.

A sound consistent with a gunshot is audible in the police body-cam video that was released Sunday.

Mylett, who has been chief for 10 months, withheld judgment over whether the police shooting – which may have been involved about 90 shots with most hitting Walker – was justified.

But he said when an officer “makes the most critical decision in his or her life” to point a gun at someone, they must not only be ready to explain shooting, but to explain “for every round down the barrel of gun.”

Walker, 25, was killed following a brief car chase that began in the city’s North Hill neighborhood early Monday and ended in Firestone Park. The news has sparked days of protests with renewed calls for police reform and cancellation of Akron’s July Fourth festival.

This is a developing story. Check back soon with BeaconJournal.com for updates.