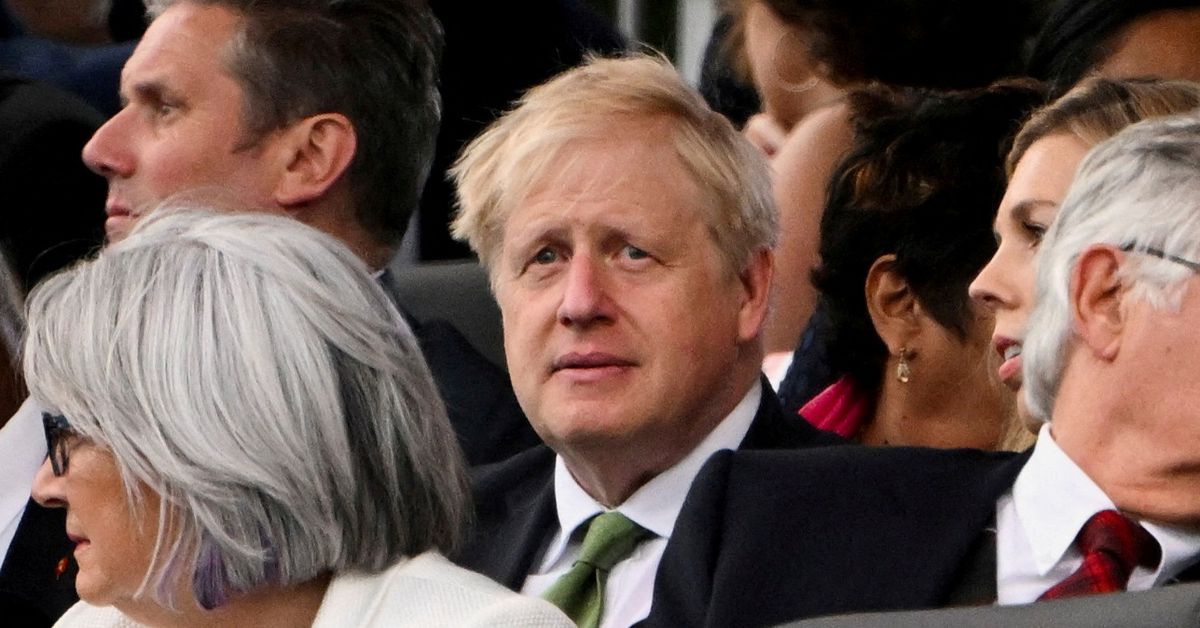 Johnson, who won a sweeping election victory in 2019, has been under growing pressure after he and staff held alcohol-fuelled parties at the heart of power when Britain was under strict lockdowns to tackle COVID-19.

Appearing at events to celebrate the Platinum Jubilee of Queen Elizabeth in recent days, he was met with a chorus of jeers, boos and some muted cheers by the public.

On Monday, the once seemingly unassailable Johnson was also attacked by one-time ally Jesse Norman, a former junior minister who said the prime minister staying in power insulted both the electorate and the party. read more

“You have presided over a culture of casual law-breaking at 10 Downing Street in relation to COVID,” he said, adding that the government had “a large majority, but no long-term plan.”

Norman is one of more than 25 Conservative lawmakers who say Johnson, 57, has lost his authority to govern Britain, which is facing the risk of recession, rising prices and, on Monday, strike-inflicted travel chaos in the capital London.

“The threshold of 15% of the parliamentary party seeking a vote of confidence in the leader of the Conservative Party has been exceeded,” Graham Brady, chairman of the party’s 1922 Committee that represents rank-and-file Conservative lawmakers, wrote in a note .

“The votes will be counted immediately afterwards. An announcement will be made at a time to be advised,” Brady said.

A spokesperson for Johnson’s Downing Street office said the vote was “a chance to end months of speculation and allow the government to draw a line and move on, delivering on the people’s priorities”.

“The PM welcomes the opportunity to make his case to MPs (members of parliament) and will remind them that when they’re united and focused on the issues that matter to voters there is no more formidable political force.”

A majority of Conservative lawmakers – or 180 – would have to vote against Johnson for him to be removed – a level some Conservatives say might be difficult to reach. If passed, there would then be a leadership contest to decide his replacement, which could take several weeks.

Several ministers in his cabinet team were swift to put out messages of support for the prime minister, with finance minister Rishi Sunak, like other possible successors, saying Johnson had shown “strong leadership”.

“I am backing him today and will continue to back him as we focus on growing the economy, tackling the cost of living and clearing the COVID backlogs,” he said on Twitter in what appeared to be a choreographed expression of support.

Bookmaker Ladbrokes put former health minister Jeremy Hunt as his favorite to replace Johnson if he was ousted, followed by foreign minister Liz Truss, who also tweeted her “100% backing” of the prime minister in Monday’s vote. read more

Since the release of a damning report into the so-called “partygate” scandal, which listed fights and alcohol-induced vomiting at lockdown-breaking parties in Downing Street, Johnson and his government had urged lawmakers to move on.

But after parliament took a break last week by sending many lawmakers back to their constituencies, or voting regions, several were met by a chorus of complaints over Johnson.

Steve Barclay, who was appointed Downing Street chief of staff after reports of the parties, urged lawmakers not to “waste the remaining half of the parliament on distractions over leadership”.

“If we continually entertain our direction as a Conservative Party – and by extension the government and the country – into a protracted leadership debate, we will be sending out the opposite message,” he wrote on the Conservative Home website.

The biting criticism from Norman, who served as a junior minister in the finance ministry between 2019 and 2021, was perhaps the biggest sign that criticism of Johnson had spread beyond a vocal group of so-called rebels.

“People are crying out for good government… neither the Conservative Party nor this country can afford to squander the next two years adrift and distracted by endless debate about you and your leadership,” he wrote in a letter published on Twitter.

“For you to prolong this charade by remaining in office not only insults the electorate, and the tens of thousands of people who support, volunteer, represent and campaign for our party; it makes a decisive change of government at the next election much more likely . That is potentially catastrophic for this country.”