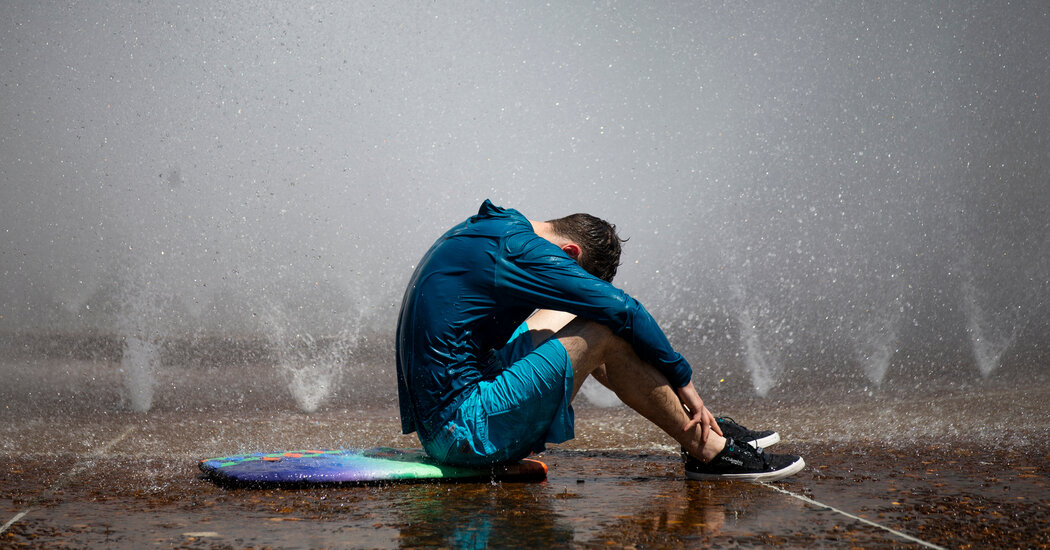 After getting pummeled by multiple consecutive days of 90 degrees or higher that had climbed into the triple digits in some cities, the Pacific Northwest is expected to gain some relief this week before temperatures rise again this weekend, forecasters said.

In Portland, Ore., a heat wave lasted for a week, with a record high for the day set on July 26 at 102 degrees, said Lisa Kriederman, a meteorologist with the National Weather Service in Portland.

Sunday was the seventh consecutive day in Portland in which temperatures reached 95 degrees or higher, breaking the previous record of six days in a row. Temperatures have been 90 or greater for eight days in a row, still below the record of 10 days set in 2009.

Temperatures in Portland have also not yet reached the record set last summer of 116 degrees, but this recent heat wave has lasted longer. Cool air from the coast is keeping the moisture levels higher, causing temperatures not to rise as much. That is compared with last year when the air was coming to Portland from the drier Central Oregon area, Ms. Kriederman said.

“This one isn’t getting as hot but the above-average temperatures are lasting longer,” she said.

Last month was the fourth-warmest July on record in Portland at 73.7 degrees, measured by average temperature. The average maximum high was 85.7 and the average minimum temperature was 61.8, which was the highest on record, Ms. Kriederman said.

The Multnomah County Medical Examiner said on Sunday that it was investigating two additional deaths suspected to be associated with the heat wave, bringing the total number of heat-related deaths to five. The Clackamas County Medical Examiner’s Office said on Saturday that it was investigating the death of an older man that was potentially linked to the heat.

About 200 miles east of Portland, in Pendleton, Ore., the temperature reached 111 degrees on Friday, said Larry Nierenberg, a meteorologist with the National Weather Service in Pendleton. Through Sunday, Pendleton recorded seven days of temperatures at or above 100 degrees, he said.

Smoke from the McKinney fire in Northern California caused temperatures in Pendleton to drop from 110 degrees on Saturday to 101 on Sunday. Smoke from wildfires acts like clouds, preventing the sun from coming through for a few hours, Mr. Nierenberg said.

The cities of Kennewick, Pasco, Richland and West Richland in southeast Washington had similar patterns, with a high of 112 on Friday. Temperatures have reached 100 or more on eight consecutive days. This area remained under an excessive heat warning as of Monday afternoon.

During the past week, Pendleton and southeastern Washington as a whole were about 10 to 20 degrees above the normal average, which is in the low 90s for Pendleton and slightly higher in the cities, Mr. Nierenberg said.

In eastern Washington and the Idaho Panhandle, average temperatures in July were not record-setting, said Daniel Butler, a National Weather Service meteorologist in Spokane, Wash.

But there were four days in a row where the maximum temperature reached or exceeded 100 degrees in Spokane, he said. The record for consecutive days of temperatures of 100 degrees or more — six — was set in 1928.

While the recent heat wave has not brought the hottest days on record, the heat has lasted longer, Mr. Butler said.

“It’s been pretty impressive — the longevity of this event,” he said.