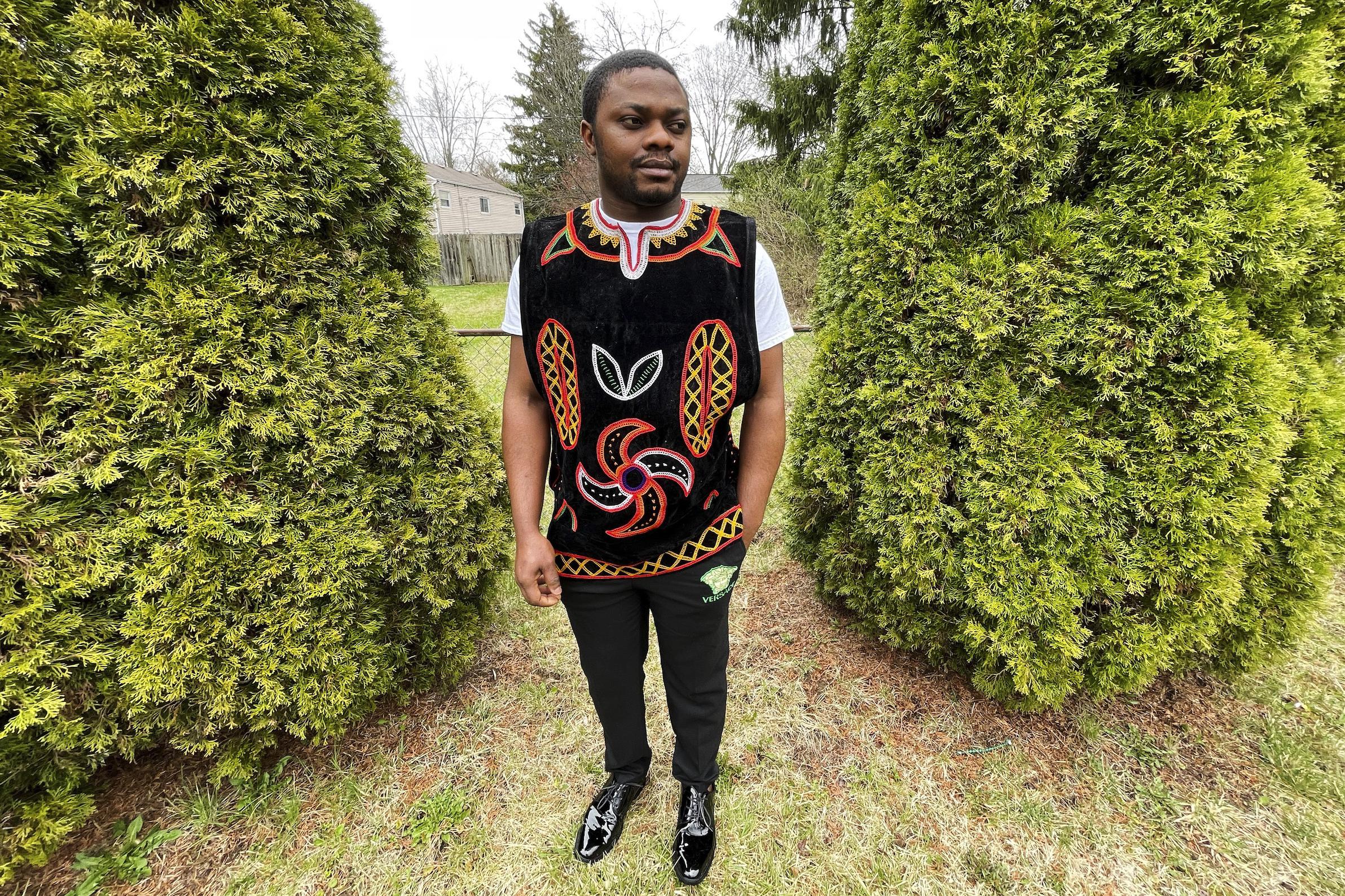 Wilfred Tebah doesn’t begrudge the US for swiftly granting humanitarian protections to Ukrainians escaping Russia’s devastating invasion of their homeland.

But the 27-year-old, who fled Cameroon during its ongoing conflict, can’t help but wonder what would happen if the millions fleeing that Eastern Europe nation were a different hue.

As the US prepares to welcome you have of thousands of Ukrainians fleeing war, the country continues to deport scores of African and Caribbean refugees back to unstable and violent homelands where they’ve faced rape, torture, arbitrary arrest and other abuses.

“They don’t care about a Black man,” the Columbus, Ohio, resident said, referring to US politicians. “The difference is really clear. They know what is happening over there, and they have decided to close their eyes and ears.”

Tebah’s Concerns echo protests against the swift expulsions of Haitian refugees crossing the border this summer without a chance to seek asylum, not to mention the frosty reception African and Middle Eastern refugees have faced in western Europe compared with how those nations have enthusiastically embraced displaced Ukrainians.

In March, when President Joe Biden made a series of announcements welcoming 100,000 Ukrainian refugees, granting Temporary Protected Status to another 30,000 already in the US. and halting Ukrainian deportations, two Democratic lawmakers seized on the moment to call for similar humanitarian considerations for Haitians.

“There is every reason to extend the same level of compassion,” US Reps. Ayanna Pressley, of Massachusetts, and Mondaire Jones, of New York, wrote to the administrationnoting more than 20,000 Haitians have been deported despite continued instability after the assassination of Haiti’s president and a powerful earthquake this summer.

Cameroonian advocates have similarly ratcheted up their calls for humanitarian relief, protesting in front of the Washington residence of Homeland Security Secretary Alejandro Mayorkas and the offices of leading members of Congress this month.

Their calls come as hundreds of thousands in Cameroon have been displaced in recent years by the country’s civil war between its French-speaking government and English-speaking separatists, attacks by the terrorist group Boko Haram and other regional conflicts.

The advocacy group Human Rights Watch, in a February reportfound many Cameroonians deported from the US suffered and human rights violations upon returning there.

Tebah, who is a leading member of the Cameroon American Council, an advocacy group organizing protests this month, said that’s a fate he hopes to avoid.

Hailing from the country’s English-speaking northwest, he said he was branded a separatist and apprehended by the government because of his activism as a college student. Tebah said he managed to escape, as many Cameroonians have, by flying to Latin America, trekking overland to the US-Mexico border and petitioning for asylum in 2019.

“I will be held in prison, tortured and even killed if I am deported,” he said. “I’m very scared. As a human, my life matters too.”

The Department of Homeland Security, which oversees TPS and other humanitarian programs, declined to respond to complaints of racism in American immigration policy. It also declined to say whether it was weighing granting TPS to Cameroonians or other African nationals, saying in a written statement only that it will “continue to monitor conditions in various countries.”

The agency noted, however, that it has recently issued TPS designations for Haiti, Somalia, Sudan and South Sudan — all African or Caribbean nations — as well as more than 75,000 Afghans living in the US after the Taliban takeover of that Central Asian nation. Haitians are among the largest and longest-tenured beneficiaries of TPS, with more than 40,000 currently on status.

Other TPS countries include Burma, Honduras, Nepal, Nicaragua, Syria, Venezuela and Yemen, and the majority of the nearly 320,000 immigrants with Temporary Protected Status hail from El Salvador.

Lisa Parisio, who helped launch Catholics Against Racism in Immigration, argues the program could easily help protect millions more refugees fleeing danger but has historically been underused and over-politicized.

TPS, which provides a work permit and staves off deportation for up to 18 months, doesn’t have limits for how many countries or people can be placed on it, said Parisio, who is the advocacy director for the Catholic Legal Immigration Network.

Yet former President Donald Trump, in his broader efforts to restrict immigration, pared down TPS, allowing designations for Liberia, Sierra Leone and Guinea in West Africa to expire.

Although programs like TPS provide critical protections for vulnerable refugees, they can also leave many in legal limbo for years without providing a pathway to citizenship, said Karla Morales, a 24-year-old from El Salvador who has been on TPS nearly her whole life .

“It’s absurd to consider 20 years in this country temporary,” the University of Massachusetts Boston nursing student said. “We need validation that the work we’ve put in is appreciated and that our lives have value.”

At least in the case of Ukraine, Biden appears motivated by broader foreign policy goals in Europe, rather than racial bias, suggests María Cristina García, a history professor at Cornell University in Ithaca, New York, focused on refugees and immigrants.

But Tom Wong, founding director of the US Immigration Policy Center at the University of California, San Diego, said the racial disparities couldn’t be clearer.

“The US has responded without hesitation by extending humanitarian protections to predominantly white and European refugees,” he said. “All the while, predominantly people of color from Africa, the Middle East, and Asia continue to languish.”

Besides Cameroon, immigrant advocates also argue that Congo and Ethiopia should qualify for humanitarian relief because of their ongoing conflicts, as should Mauritania, since slavery is still practiced there.

And they complain Ukrainian asylum seekers are being exempted from asylum limits meant to prevent the spread of COVID-19 while those from other nations are being turned away.

Vera Arnot, a Ukrainian in Boston who is considering seeking TPS, says she didn’t know much about the special status until the war started and wasn’t aware of concerns from immigrants of color. But the Berklee College of Music sophomore hopes the relief can be extended to other deserving nations.

Arnot says TPS could help her seek an off-campus job with better pay so she doesn’t have to rely on her family’s support, as most in Ukraine have lost their jobs due to the war.

“Ukrainians as a people aren’t used to relying on others,” she said. “We want to work. We don’t want welfare.”

For Tebah, who is staying with relatives in Ohio, TPS would make it easier for him to open a bank account, get a driver’s license and seek better employment while he awaits a decision on his asylum case.

“We’ll continue to beg, to plead,” Tebah said. “We are in danger. I want to emphasize it. And only TPS for Cameroon will help us be taken out of that danger. It is very necessary.”