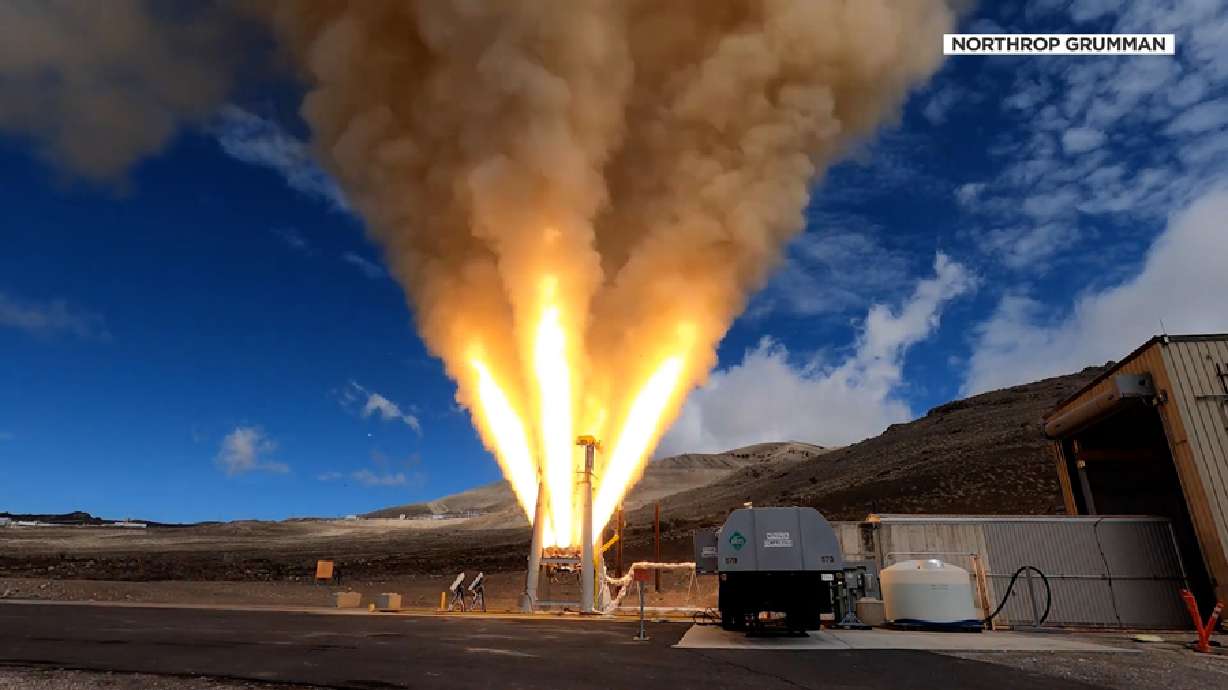 PROMONTORY, Box Elder County — As the nation works to put astronauts back on the moon, teams of scientists in Utah took a giant step towards that goal when they fired the rockets for an escape pod on the Orion spacecraft Thursday.

The rocket scientists hope they never need to use the system. It’s designed to rocket the astronauts away from danger if something goes wrong during a launch.

It went off as planned Thursday and it was a spectacle.

“I’m doing a project for my class,” said Sami Sampson. If there ever was a reason for her to miss school, this was it. “Oh, I’m so excited. This is my first rocket launch and I’m fascinated by the space field so this is a great opportunity for me.”

Those few seconds up on the hill were huge.

“My son told me that it’s going to be only a four-second one and the flames should shoot about 30 feet in the air,” said Shawna Draper. “That’s what he told me.”

Draper and her husband drove an hour and a half to be here and support their son who happens to be a rocket scientist. He told them all about it.

“It is to rip the space capsule off the top of the world’s most powerful rocket in mid-flight and take the astronauts to a safe distance,” Draper said.

It’s that kind of power that shook the ground. The rockets shot out 400,000 pounds of thrust. Engineers said they don’t want to see those rockets go off again.

“It’s a little tough for us because this is hopefully the only time we get to see it operate,” said Erik Gross, the chief engineer on the project. “We don’t hope to see it operate during flight, right? Because that means we’ve had a bad day.”

The day left a big impression.

“Absolutely. It was like a marvel of its own,” Sampson said. “It’s something that I feel like everyone should at least see once in their life. A test rocket launch or an actual launch.”

Shawna Draper explained why they bragged about their son at this test. “He’s one of very many people working on this, so.”

It’s enough to inspire the next generation.

Sampson said, “Absolutely. It’s my dream to work at a space company and help further that progression of humankind.”

Engineers have a lot of data to analyze but it appears that the abort engine will be ready to send out to Kennedy Space Center.

A date for the next manned mission to the moon is still tentative with NASA looking at 2025.

Mike Anderson often doubles as his own photographer, shooting and editing most of his stories. He came to KSL in April 2011 after working for several years at various broadcast news outlets.