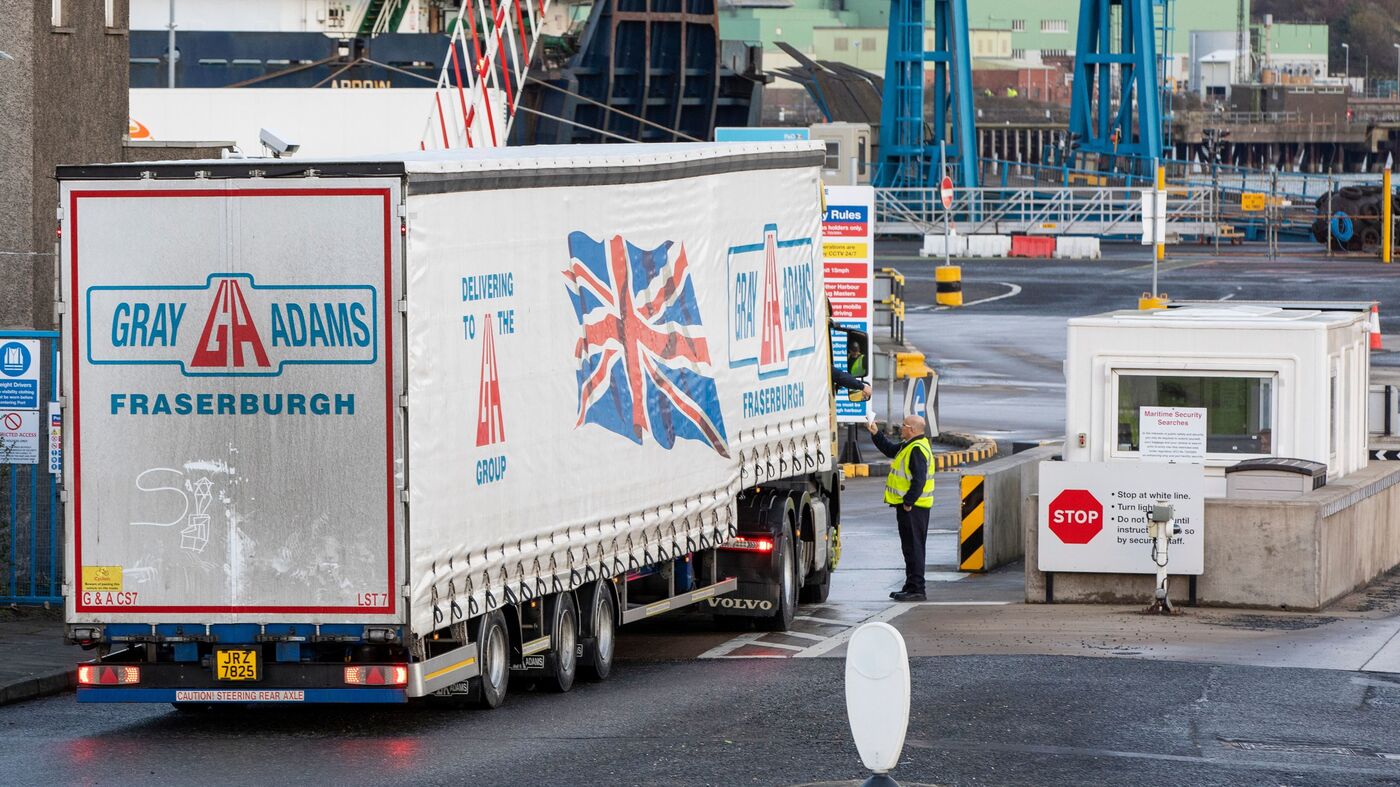 A truck arrives at Larne port in County Antrim, where a customs post has been established as part of the Northern Ireland Protocol, on November 29, 2021.

A truck arrives at Larne port in County Antrim, where a customs post has been established as part of the Northern Ireland Protocol, on November 29, 2021.

When the United Kingdom officially left the European Union, Northern Ireland stayed behind in one significant way.

The country effectively remained part of the EU’s single market for goods, a concept that allows goods to move freely among the member states. That condition was called the Northern Ireland Protocol.

This week, the UK government announced a proposal to rework part of the agreement it made with the EU during Brexit in a move one European official called “illegal.”

It’s set off an international trade dispute between the UK and the EU, and threatened to disrupt the relative peace in Northern Ireland since the Good Friday Agreement was reached in 1998.

“When we look at people’s concerns around the protocol, above all else, no matter what background people are from, their concern is for political stability in Northern Ireland,” Katy Hayward, professor of political sociology at Queen’s University Belfast, told NPR.

“I think this is why a majority of people are very keen for the UK and the EU to find their way back to the negotiating table fairly quickly.”

What is the Northern Ireland Protocol?

When Brexit took effect, it meant that the Republic of Ireland remained in the EU while Northern Ireland left the bloc.

In lieu of creating a land border on the island of Ireland, officials agreed to allow Northern Ireland to effectively stay in the EU’s single market, a deal that was known as the Northern Ireland Protocol.

That meant that goods coming into Northern Ireland from England, Scotland and Wales had to meet EU standards and were subject to other rules governing the single market.

The government of Prime Minister Boris Johnson, who narrowly survived a recent no-confidence vote, is now the driving force behind a new bill that would undo parts of the protocol.

The UK government’s new bill would dramatically reshape the protocol

The proposal by Johnson’s government would allow goods to flow into Northern Ireland under either UK or EU rules. It aims to lessen costs and paperwork for businesses in the UK.

Finally, disputes that are currently resolved by the European Court of Justice would instead go to independent arbitration under the proposal.

“This is a reasonable, practical solution to the problems facing Northern Ireland,” Foreign Secretary Liz Truss said in a statement.

The move prompted condemnation from the EU and beyond

“Let’s call a spade a spade: this is illegal,” Maroš Šefčovič, the European Union’s vice president for interinstitutional relations and foresight, said on Wednesday.

US Secretary of State Antony Blinken said he had spoken with Truss and discussed the “need to continue negotiations with the EU to find solutions” regarding the Northern Ireland Protocol.

The UK proposal also renewed fears of a hard border between Ireland and Northern Ireland, the possibility that the relative protocol stated to avoid to maintain the peace between the two countries.

Decades of violence between nationalists and unionists known as the Troubles largely ended with the Good Friday Agreement of 1998.

But Hayward said she heard concerns about the return of a hard border while doing research in the region during the Brexit withdrawal negotiations from 2017 onward.

“It wasn’t so much the question of customs checks and controls that people were concerned about,” she said. “It immediately evoked those memories that people had of the Troubles and of blocked roads and of army checks.”

European officials are taking legal action in response to the proposal

In response to the recent proposal, the European Commission announced on Wednesday that it was launching infringement proceedings against the UK for violating the Northern Ireland Protocol.

The complaints include accusations that the UK is understaffed at border control posts in Northern Ireland and is not carrying out the required controls. Additionally, the commission said the UK has failed to provide certain trade data related to Northern Ireland.

The commission also relaunched another infringement proceeding it first filed in 2021 “notably regarding the certification requirements for the movement of agri-food.”

A spokesperson for Johnson said the government was “disappointed” by the commission’s legal action.