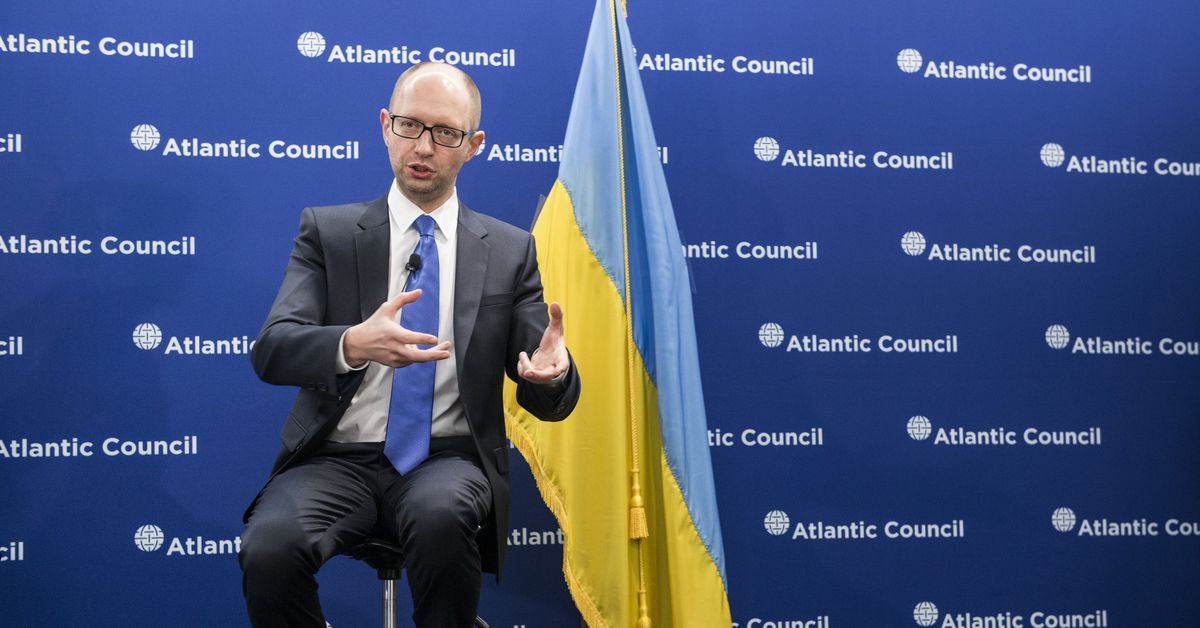 Think tanks want to be quoted in every story. They never want to be the story.

But given that Washington’s dozens of foreign policy think tanks influence what policymakers do and how the media thinks about the global issues of the moment, think tank drama matters.

That’s why it’s noteworthy that scholars from the New American Engagement Initiative (NAEI), a program that pushes for “unconventional thinking,” are decamping from the Atlantic Council, one of Washington’s biggest foreign policy institutions, to the smaller, independent Stimson Center.

Politico on Wednesday broke the news, pointing to NAEI’s funding from Charles Koch as one of two impetuses for the rupture: “Atlantic Council cuts ties to Koch-funded foreign policy initiative.”

The other part, which representatives from both think tanks emphasized, is more revealing of an emerging trend in Washington foreign policy circles.

Stimson and Atlantic Council representatives confirmed that the NAEI scholars initiated the departure and were not fired. According to three other sources familiar with the decision who would only speak on the condition of anonymity, the more establishment-minded Atlantic Council was not a comfortable fit for researchers testing articles of faith of Washington’s foreign policy.

A personnel change in the corridors of Washington’s think tanks may seem inside, but the exit reveals an emerging ideological fault line that is less about the source of funding and more about the contours of the debate about American primacy, especially around Russia’s war on Ukraine. In part, it reflects a bigger debate about restraint.

How the West should respond to the war is becoming the ideological issue around which foreign policy scholars and institutions define themselves.

The New American Engagement Initiative started in 2020 at the Atlantic Council, with $4.5 million of support from the Charles Koch Institute. The funding organization bore the name of the right-wing billionaire known for his libertarian policy inclinations and has since been rebranded as Stand Together, which has also donated to other research institutions, like the Chicago Council on Global Affairs and the RAND Corporation.

The goal of NAEI has been to challenge “prevailing assumptions governing US foreign policy” and to help “policymakers manage risks, set priorities, and allocate resources wisely and efficiently.” Emma Ashford, Matthew Burrows, and Chris Preble have anchored the initiative. “After two productive years at the Atlantic Council, Chris and Mathew approached Stimson,” Miriam Smallman, a communications director at the Atlantic Council, said in a statement. “We are proud of NAEI’s work and wish them success in their new venture.”

“The NAEI team made this move happen,” David Solimini, communications director of the Stimson Center, said. “The team wants to expand into an area — track 2 diplomacy and senior-level dialogues — where Stimson has a long track record, and we are happy to have them.”

It’s not clear why the backchanneling of “track 2 diplomacy,” in which nongovernmental folks serve as intermediaries and pursue dialogues to build potential diplomatic openings, would be better suited for Stimson, a respected nonpartisan institution that’s nevertheless smaller.

The Atlantic Council has about $38 million of annual revenue according to the most recent records available (in contrast to Stimson’s $8 million). Atlantic Council experts regularly testify before Congress, attend policy calls with the White House, and are quoted all over, including outlets like Vox. Though think tanks rarely take institutional views on policy writ large, they do have ideological leanings, and it’s clear the Atlantic Council is pro-NATO by design, with many European government bodies as major donors.

The issue with the initiative does not just appear related to funding. Koch money, to be sure, does bring with it a certain stigma among progressives, but several experts from other think tanks that receive money from Stand Together told me that it’s a particularly hands-off funder that is not involved in day-to-day operations and has no interest in influencing particular programming. (NAEI also received funding from a number of other sources.)

All think tanks run on money from somewhere, and in addition to their European donors, the Atlantic Council receives gifts from weapons-makers (Raytheon, General Atomics, Lockheed Martin), surveillance firms (Palantir), oil companies (ExxonMobil, Chevron, BP), and undemocratic nations (the United Arab Emirates, Bahrain). Even Burisma, the energy company that invited Hunter Biden to its board, donated between $100,000 and $250,000.

Rather, this has to do with ideas. When Ashford and Burrows1 argued in a 2020 article not to center human rights in US discussions with Russia, it caused an uproar within the Atlantic Council. Twenty-two of the think tank’s staffers published an open letter seeking to “disassociate ourselves from the report.” While policy disputes sometimes arise at think tanks, and that can be very healthy indeed, it spilling out into public in such an acrimonious way is unusual.

The policy recommendations that advocate restraint enter the American mainstream and into the halls of places like the Atlantic Council, there’s new pushback: accusations of isolationism and questioning of the motives of funders, rather than real engagement with the ideas at hand.

How think tanks are grappling with Russia’s war

It should have come as no surprise that Ashford and her colleagues would bring provocative suggestions for American foreign policy. Each fellow in the initiative had beforehand developed a robust publishing track record with an anti-establishment worldview. The initiative was a space to pose first-order questions about US foreign policy.

When I interviewed Ashford in the lead-up to Russia’s invasion of Ukraine earlier this year, she was a purveyor of unorthodox thinking. “People in Washington still think it’s America’s responsibility to prevent conflict everywhere,” she told me. “The way people in DC are thinking about this is still stuck in the 2000s: America as a force for good in the world.” For Ashford, it’s important to reckon with the limitations of American power.

Preble, who before joining the Atlantic Council was a foreign policy executive at the libertarian CATO Institute, also relishes in challenging the status quo. As he put it to me in January, “The Washington playbook is that you threaten the use of force, and only then are you taken seriously” as a foreign policy thinker.

(Ashford and Preble declined to be interviewed for this story. A representative for Stand Together declined to comment on the record.)

The Russian war in Ukraine has become a new rift in Washington, and think tanks are defining themselves around very particular stances.

One indication of the initiative’s tenuous fit was an article that Ashford wrote in May arguing against Finland and Sweden joining NATO. The Swedish Ministry for Foreign Affairs, it might be noted, donated more than $250,000 recently to the Atlantic Council, and the Ministry of Defense of Finland more than $100,000. In April, an internal email from Stand Together was leaked, and Atlantic Council fellow Daniel Fried, a former US ambassador to Poland, used it as an opportunity to bash NAEI’s funder.

That think tank, founded in 2019 by longtime critic of the establishment Andrew Bacevich and other well-regarded foreign policy thinkers, was born of a marriage of the conservative Koch’s funding and that of the liberal George Soros’s foundation. The objective: a transpartisan foreign policy that thinks outside of the beltway. Cirincione, who at one point advised Sen. Bernie Sanders’s 2020 campaign, is a critic of US foreign policy maxims. (In my last job, I edited this story of his dele about how to reform the nuclear-industrial complex and freeze the spread of nuclear weapon capabilities.)

Cirincione told Mother Jones that Quincy’s fellows had become too critical of Ukraine, NATO expansion, and America’s policies, without enough focus on Russia’s brutal invasion. It had nothing to do with Koch funding. Journalist Robert Wright closely readncy’s Russia coverage and emphasized that his most aggressive claim, that Quincy experts were excusing and justifying Russia’s war, was “unfounded.”

But Cirincione’s departure from Quincy, and now the New American Engagement Initiative decampment to the Stimson Center, which is known for its arms control policy work, may have another relevant analogue.

In April 2021, the Biden administration was considering Matthew Rojansky, director of the Kennan Institute at the Woodrow Wilson Center, to be the White House’s top Russia official. But a high-profile campaign went after Rojanksy for being “soft on the Kremlin.” Then dozens of foreign policy leaders came out in favor of him, but ultimately Rojanksy was blocked from the crucial role of the National Security Council’s Russia director.

This week’s think tank commotion recalls what those experts writing in support of Rojansky’s candidacy said last year: “We the undersigned wish with this letter to defend the ideal of free inquiry and discussion. We encourage others as well as defend and uphold it.”