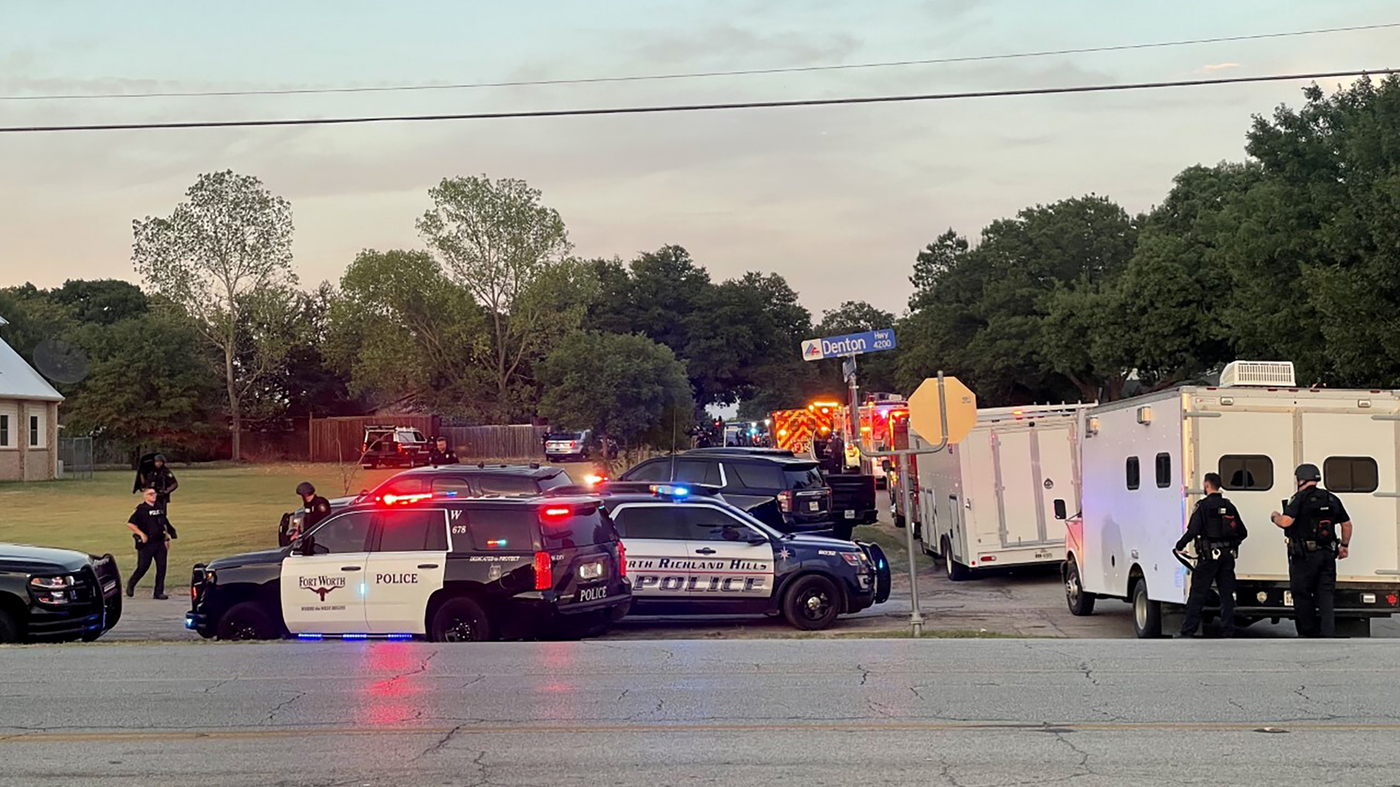 Law enforcement work the scene where multiple people were shot near Cedacrest Drive and Diamond Oaks Drive in Haltom City, Texas, on Saturday.

Law enforcement work the scene where multiple people were shot near Cedacrest Drive and Diamond Oaks Drive in Haltom City, Texas, on Saturday.

A gunman killed two people and four wounded others, including three police officers, before taking his own life at a home in the Dallas-Fort Worth area, police said Sunday.

Wounds suffered by the four survivors were not life-threatening, police.

The incident happened about 6:45 pm Saturday when officers were answering a report of shots fired in a Haltom City neighborhood, Sgt. Rick Alexander said Sunday. Killed at the reported addresses were Collin Davis, 33, and Amber Tsai, 32, Alexander said.

Tsai was found dead inside the house, while Davis was found dead outside, Alexander said. An older woman who called 911 but was not otherwise identified also suffered a non-life-threatening wound, he said.

Security video shot from a neighboring house screened at a Sunday news conference showed three officers approaching the address when rapid gunfire erupted, wounding three officers. Officers returned fire as the gunman fled the house through a back door. Tracked by air, the gunman identified as 28-year-old Edward Freyman shot himself, Alexander said. Freyman was found with a “military-style rifle” and a handgun, he said.

“This was an ambush situation,” Police Chief Cody Phillips said, adding that if officers “were not prepared for the situation, it would have been a lot worse.”

The gunman and the two people he killed knew one another, but their relationships were not immediately clear, Phillips said.

The Texas Rangers, the state’s elite investigative agency, has taken over the investigation. No motive for the shooting was immediately determined.

The incident is one of several recent instances in which law enforcement officers were fired upon while responding to calls.

Three officers were shot dead in eastern Kentucky while trying to serve the warrant. Police took a 49-year-old man into custody late Thursday night after an hours-long standoff at a house in Allen, a small town in the hills of Appalachia. He remains jailed on a $10 million bond charged with two counts of murder of a police officer.

In Chicago, a police officer was hospitalized in serious condition after being shot repeatedly in a Friday morning ambush while answering a domestic disturbance report, police Superintendent David Brown said. The suspect was hospitalized awaiting psychiatric evaluation and is held on a $2 million bond.