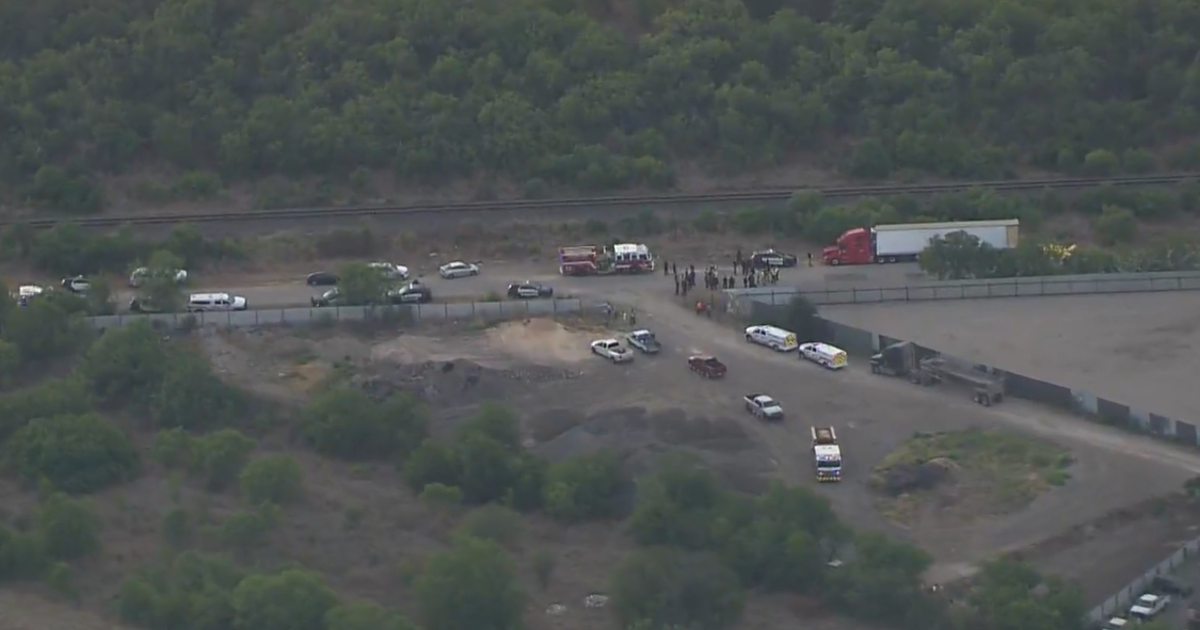 At least 51 migrants were found dead in the back of a tractor-trailer in San Antonio on Monday, officials said Tuesday. More than a dozen others were taken to local hospitals with heat-related injuries.

During a Tuesday afternoon press conference, officials with Bexar County, Texas, which includes San Antonio, said the death toll had risen to 51. Officials said 39 men and 12 women were among the dead but some of the victims could be under 18 years old .

On Tuesday morning, Mexican Foreign Relations Secretary Marcelo Ebrard said on Twitter, citing US authorities, that the victims included 22 Mexicans, 7 Guatemalans and two Hondurans. Investigators are still determining the nationalities of those who died or were hospitalized, Sganga reports.

Three individuals believed to be part of the suspected smuggling conspiracy are being detained by the federal agency Homeland Security Investigations, a spokesperson with US Immigration and Customs Enforcement, or ICE, told CBS News immigration reporter Camilo Montoya-Galvez.

Police Chief William McManus said at a press conference Monday that authorities received a call at approximately 5:50 pm local time from a worker who had heard cries for help and found the trailer with its doors partially open. The worker found a number of dead bodies inside the trailer, McManus said.

San Antonio Fire Chief Charles Hood said the 16 people taken to the hospital were all conscious when they were found, although they were “weak” and would have been unable to leave the trailer on their own. He said all were “hot to the touch” and suffering from heat-related injuries like heat exhaustion and heat stroke.

He said there were no signs of water or a working air conditioner in the truck, and authorities said it’s not clear how long the group was in the truck before they were found.

The victims were a mix of men and women and varied in age, officials said.

Hood said first responder were being debriefed to help them process what they experienced.

“You’re not supposed to open up a truck and see stacks of bodies in there,” he said. “None of us come to work imagining that.”

Homeland Security Investigations is leading the investigation into the incident and will work in conjunction with the San Antonio Police Department, law enforcement officials told CBS News.

DHS said in a statement it is “horrified at this tragic loss of life near San Antonio. This speaks to the desperation of migrants who would put their lives in the hands of callous human smugglers who show no regard for human life.”