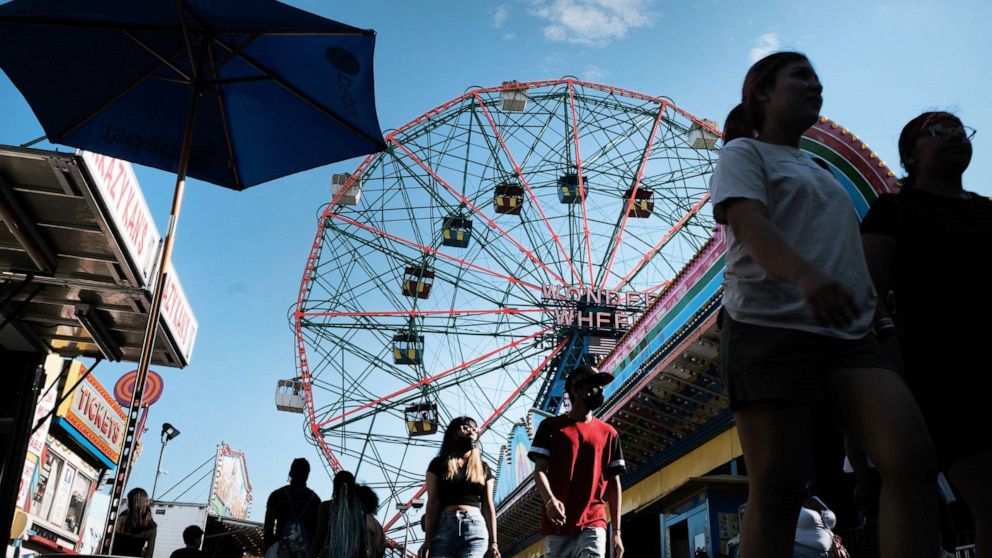 The shooting unfolded around 2 am southeast of the iconic former Parachute Jump Ride tower, a historic landmark. The New York Police Department said no suspects were under arrest.

A large crowd was gathered for a pop-up party on the beachside boardwalk at 21st Street when at least one person pulled a gun and started shooting, police said.

It was not immediately clear what prompted the gunfire.

Two women and three men were shot as revealers ran and dove for cover, police said.

The injured people ranged in age from 19 to 37, police said. Their names were not immediately released.

A 37-year-old man was shot in the back and taken to a hospital in critical condition, police said.

A teenager injured was also shot in the back, a 36-year-old man was shot in the chin and the two women, both in their mid-20s, suffered bullet wounds to the legs, police said. They were all in stable condition, police said.

The shooting came less than a week after you have thousands of people attended the nationally televised Fourth of July Nathan’s Hot Dog Eating contest just north of where the shooting occurred.

The shooting also followed Thursday’s announcement by NYPD Commissioner Keechant Sewell of double-digit declines in murders and shootings in the nation’s largest city during the month of June.

The number of shooting victims, 792, has also fallen by 9.1% compared to the same time period last year, according to the data.

“This is real, tangible progress against violence in this city,” Sewell said during a news conference.