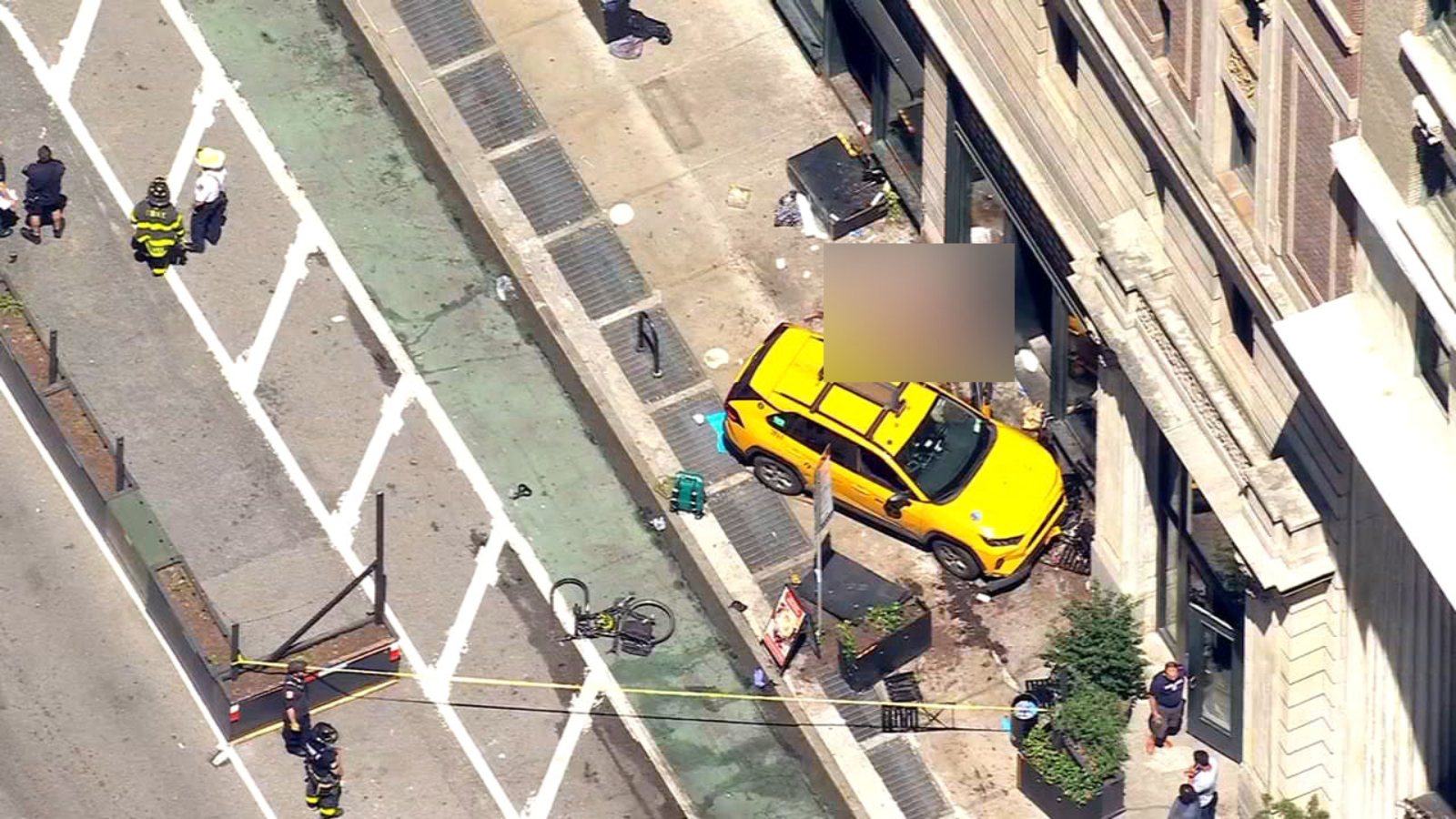 MIDTOWN, Manhattan (WABC) — Six people were injured, three critically, when a taxi struck a bicyclist, jumped a curb, and plowed into a group of pedestrians in Midtown Manhattan.

It happened just before 1 pm Monday on Broadway at 29th Street.

Authorities say the cab was westbound on 29th Street turning left onto Broadway and had the right of way when a 50-year-old man on a CitiBike rode into his path, causing a collision at the intersection.

Police believe the driver then panicked and hit the gas instead of the brake, careened onto the sidewalk and mowed down several pedestrians, and pinned two women underneath the vehicle.

However, the driver made initial statements that his brakes were not working, although investigators will also look into operator error.

In what NYPD Deputy Police Chief John Chell called a “remarkable scene,” between 15 and 20 good Samaritans tried to lift the cab off the victims.

Eyewitness News obtained an exclusive video of that effort.

Authorities say six people were struck by the yellow cab and taken to Bellevue Hospital.

The others hurt were said to have minor injuries.

Raw video from NewsCopter7 above the scene:

At this time, authorities believe the incident to be accidental and not criminal in nature.

Mayor Eric Adams toured the scene Monday night and vowed that his administration would learn from this crash to try to prevent it from happening again.

“Traffic safety is all of our concerns, and we are going to continue to push forward to make sure our streets are safe,” Adams said.