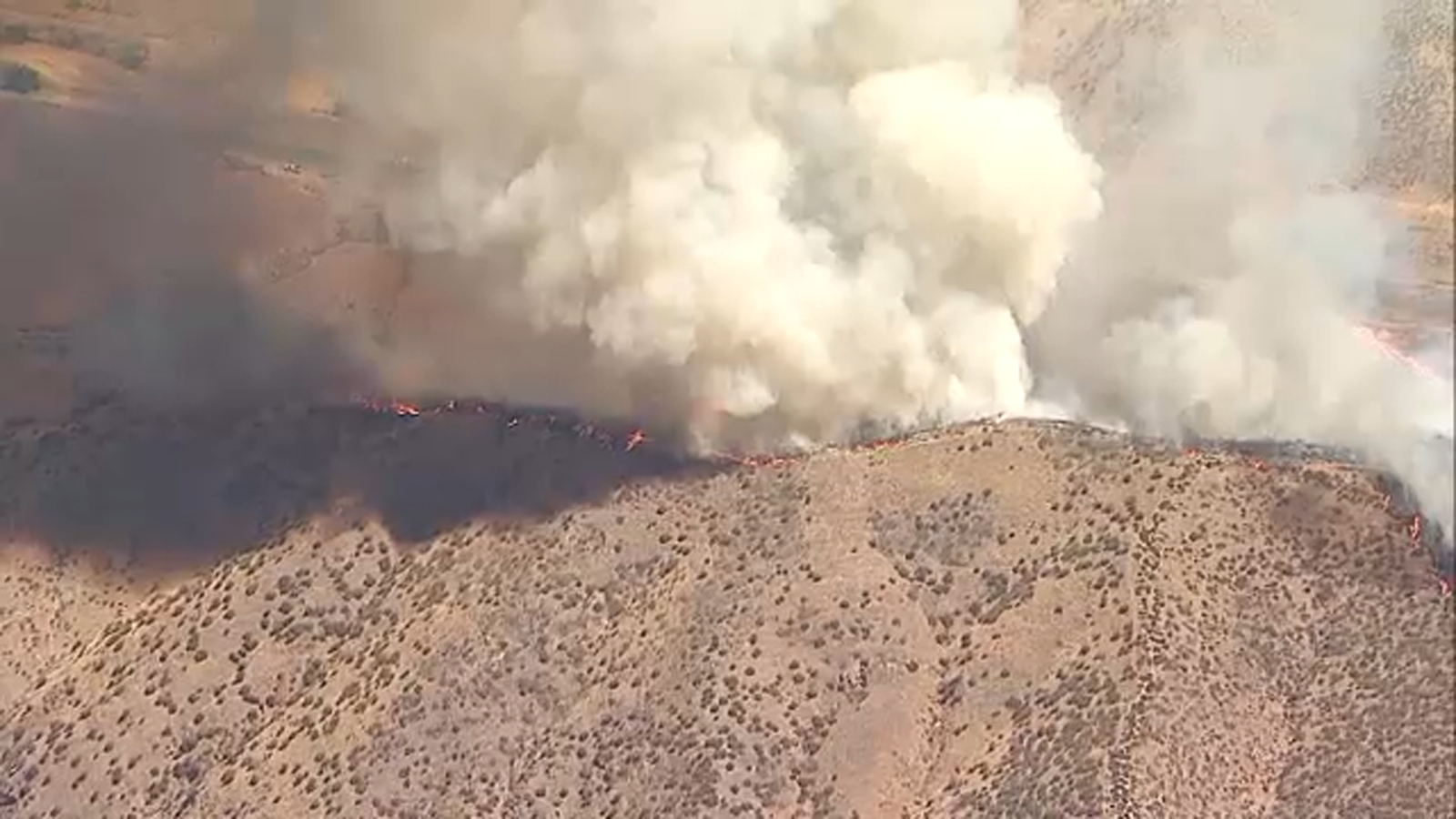 CASTAIC, Calif. (KABC) — A brush fire erupted Wednesday afternoon in Castaic and quickly spread to 250 acres as a brutal heat wave continued to blanket the region.

The Route Fire was reported shortly after noon in the area of ​​the 5 Freeway at Lake Hughes road, prompting a response from Los Angeles County and Angeles National Forest firefighters.

No injuries were reported and no structures were immediately threatened.

The blaze forced the closure of the northbound 5 Freeway just before 1 pm, resulting in a traffic backup that stretched for miles. All southbound lanes were shut down about 30 minutes later.

Video from AIR7 HD showed multiple emergency aircraft at the scene, including an air tanker that was driving Phos-Chek drops. At least one crew of firefighters was attacking the flames on the ground after hiking up to the fire line.

The cause of the blaze was unknown.

An excessive heat warning was in effect for the Castaic Lake area and was not scheduled to expire until 8 pm Monday.

The prolonged heat wave began pushing up temperatures earlier this week, marking the onset of an expected weeklong period of oppressively hot conditions. The forecast has prompted calls for residents to take precautions against heatstroke and to conserve power whenever possible, with state officials warning of possible strain on California’s electrical grid.

“High pressure will persist over the area creating a prolonged period of very hot conditions with minimal coastal clouds,” the National Weather Service said. “Triple-digit heat is expected for many valley and mountain locations through early next week including coastal areas during the Sunday and Labor Day peak. This heat may be record breaking and will produce a very high risk of heat illness.”