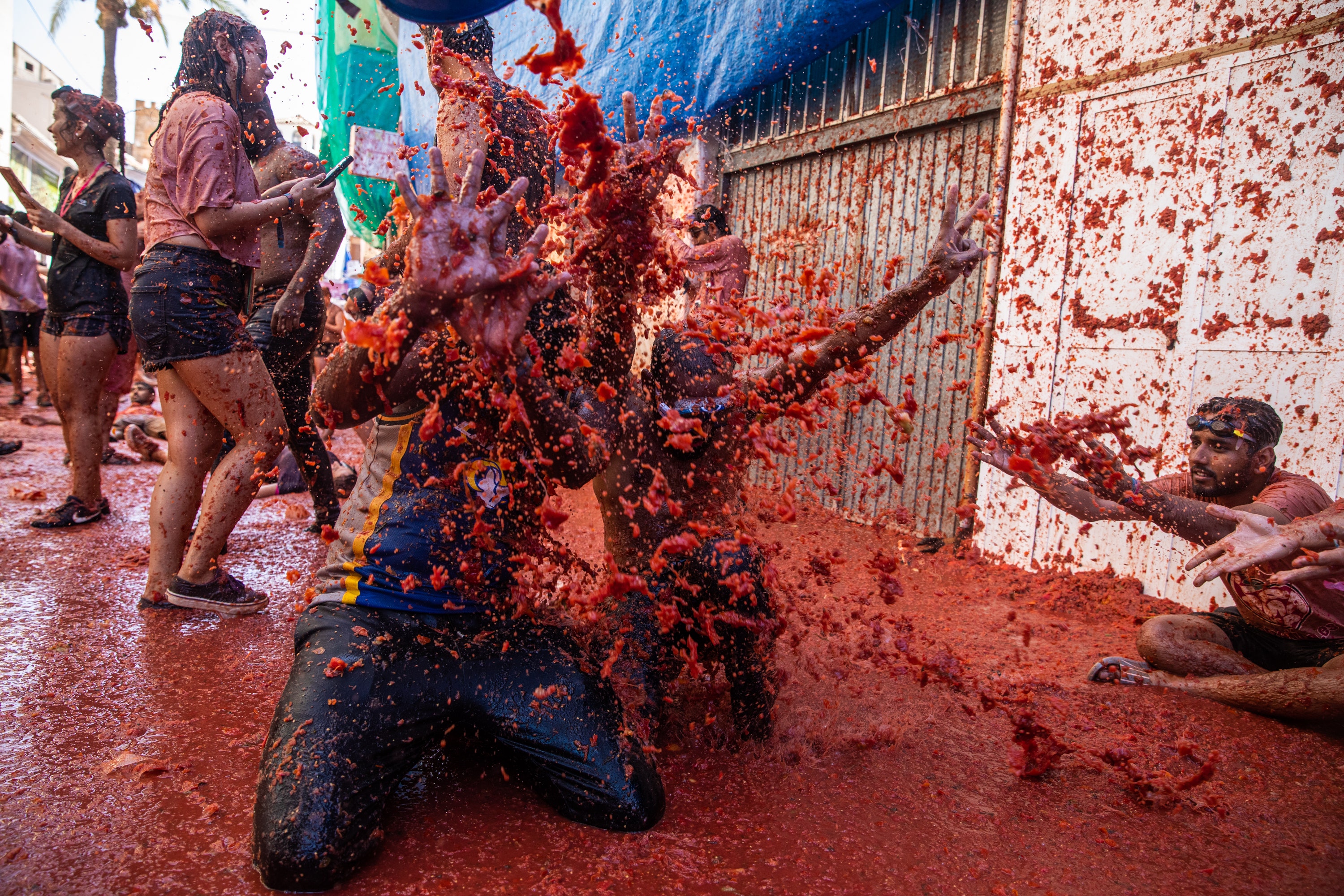 More than 20,000 people gathered in Bunol, Spain, to throw 130 tons of rotten tomatoes at one another on Wednesday.

The “La Tomatina” festival is a 75-year tradition for the city, but they were forced to halt the practice for the past two years due to COVID-19. Photos show party-goers covered head-to-toe in mashed tomatoes, with many of them having the foresight to wear goggles.

The truckloads of rotten and otherwise undesirable fruit started arriving at midday, and attendees launched them at one another for more than an hour, according to Reuters.

The festival’s origins are murky, but tradition says a similar spontaneously broke out between residents in 1945.

One of the trucks full of tomatoes arrives at the town hall square with tomatoes to throw at the participants of the Tomatina festival on August 31, 2022 in Bunol, Spain. (Zowy Voeten/Getty Images)

La Tomatina is billed as the largest food fight in the world.

It is unclear how the city cleans up the mess.