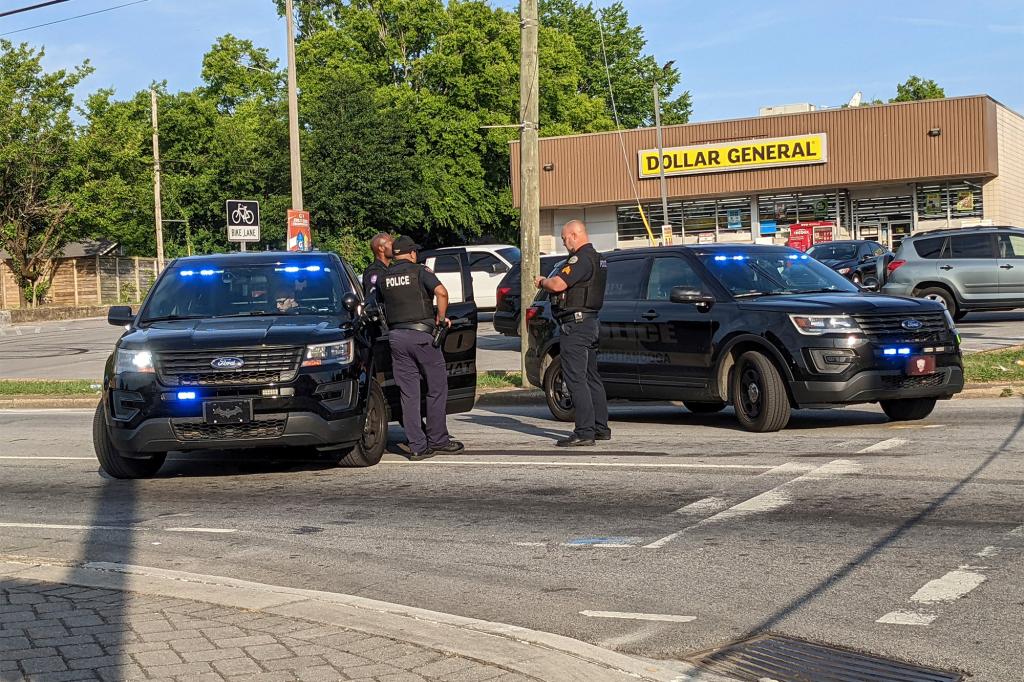 Two of the fatal victims were killed by gunfire and a third died when struck by a vehicle during a chaotic scene at around 2:45 am when cars plowed into people attempting to flee the shootout, according to police.

“We’re trying to determine exactly what happened and what led up to this taking place,” Chattanooga Police Chief Celeste Murphy said.

Two other people were injured when struck by cars, Murphy said. The remainder of the wounded were struck by gunfire in the shooting.

Chattanooga Mayor Tim Kelly said any violence in his city is committed by a small group of people and won’t be tolerated.

“Here is my message to those individuals: We will relentlessly pursue you with all of the resources we have at our disposal. From forensics to federal support, we won’t stop until you’re in police custody,” Kelly said in a statement posted by WTVC. “To anyone thinking about turning to violence, don’t — there will be tremendous consequences for you.”

At least two Facebook users caught some of the shooting and ensuing panic on video, according to the Daily Mail.

Almost 20 gunshots from the incident can be heard on a video posted by one Facebook user who was near the scene. The user, named Tabby Tab, was posing for a video when gunshots suddenly rang out and she took cover in her car during the 11-second clip.

Another video posted by Facebook user Laquena Donegan shows moments before the shooting. A crowd of people was socializing on a street with cars revving their engines before gunfire rang out, the video showed.

A terrified woman can be heard praying she makes it out alive and screaming for family members she was with.

Another video posted by Donegan shows bystanders coming to the aid of a man lying on the ground in the aftermath while others are trying to locate loved ones.

No arrests were made on Sunday.

The country has been rocked by gun violence in recent weeks including the Uvalde school massacre, the mass shooting in a Buffalo supermarket and gunfire inside a medical facility in Tulsa.