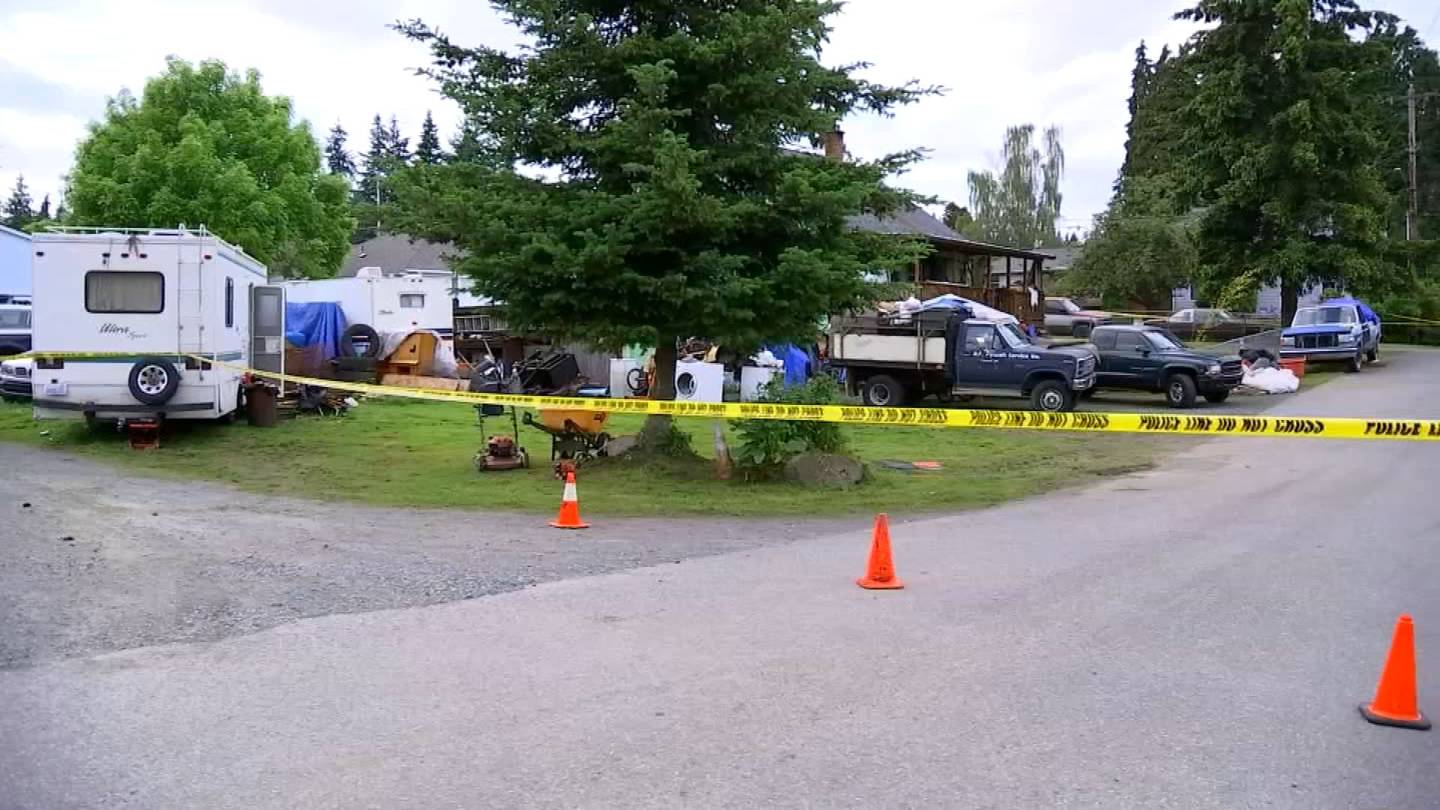 EVERETT, Wash. — Two men are dead and another was hurt in a shooting Monday afternoon at an Everett house, police said.

Officers were called after 4 pm to the 2000 block of Lexington Avenue for reports of multiple people shot inside a house.

When police arrived at the scene, they found a man in his 40s with a gunshot wound in the doorway. He was told by officers to exit the house for medical treatment. Police said he was taken to Providence Regional Medical Center but the extent of his injuries is unknown.

Police said they searched the home and found two other men in their 40s with gunshot wounds. Lifesaving measures were attempted but both men died at the scene.

It is not yet known what led to the shooting.

Investigators said they are working to identify a suspect who left before officers arrived.

Anyone with information about the shooting is asked to call the Everett Police Department Tip Line at 425-257-8450 or Crime Stoppers of Puget Sound at 1-800-222-Tips.

Major crimes detectives are investigating a shooting that has left two dead and 1 hospitalized in the 2000 block of Lexington Ave. Officers are still working to identify the suspect. PIO is on scene. https://t.co/jfgrn9wiGN